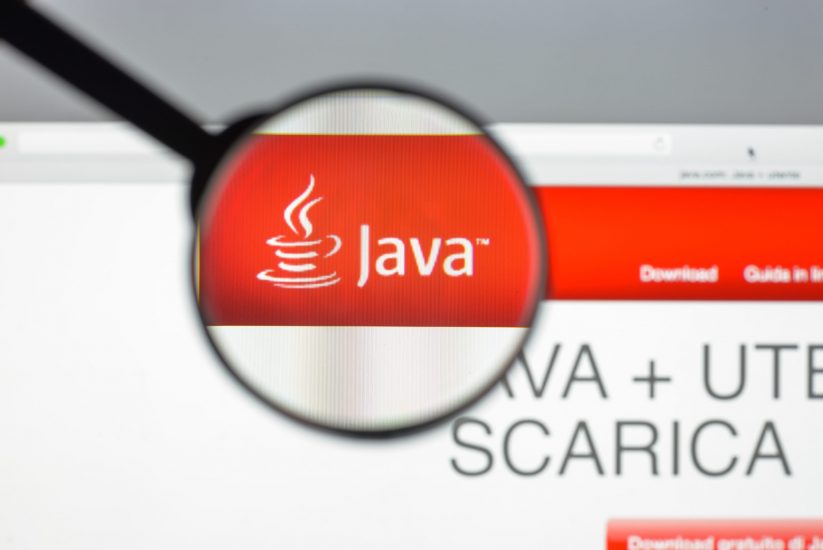 Getting to know the Java programming language

Java is one of the most popular programming languages in use, particularly for client-server web applications.

First released in 1995, it was originally designed for interactive television but was considered too advanced for the digital cable television industry at that time. The team termed it Oak at the beginning after an oak tree that stood outside of Gosling’s office but later changed it to Java, after java coffee.

What are some characteristics of Java?

Java’s creators had a few goals when they set out to create Java.

Java is considered portable, which means that any application written on one platform can easily be ported to another platform.

Similar to JavaScript, Python and Ruby, Java is a dynamic language and has the ability to adapt to an evolving environment, which supports dynamic memory allocation due to which memory wastage is reduced and performance of the application is increased.

Another feature of Java that makes it different from C, one of its influencers, is that it is object-oriented. That means that everything is considered an object that possesses some state or behavior and all operations are performed using these objects.

Java is secured — all of the code is converted to bytecode after compilation, which is not legible for humans. This ultimately leads to virus-free, tamper-free systems and applications.

Java is a simple language – its creators removed complexities like pointers and operator overloading that appear in languages like C++.

Java has a strong memory management system, leading to its reputation as robust. Its ability to check the code during compile and runtime contributes towards eliminating error.

Due to the fact that it’s distributed, Java has a Remote Method Invocation (RMI) that can invoke a method of another program across a network and get the output. Through this, it can access files by calling the methods from any machine on the internet.

Through the use of bytecode, which can easily be translated into native machine code, Java achieves its high-performance reputation.

Lastly, Java is compiled into bytecodes, which are interpreted by a Java run-time environment, making it an interpreted language, and it supports multiple threads of execution, making it a multithreaded language.

What are some real-world applications of Java?

Java has shown up in many different domains. A few examples include: banking (transaction management), retail (billing applications), information technology, Android (applications use either Java or Java API), stock market (algorithms recommending where to invest), big data (Hadoop), and the scientific and research community (to deal with a large amounts of data).

Some things you might be familiar with from the Java world are SIM cards, blue-ray disk players, utility meters and televisions.

A large number of government applications for health, social security, education and insurance are based on Java.

What are some advantages of Java?

There is a much shorter learning curve with Java than other programming languages because it is easy to write, compile and debug.

Java has a large community because it is such a popular language, and it is also Open Source. It has a large library to draw from, with contributions from organizations like Google, Yahoo, Facebook and LinkedIn.

It is platform independent across OS environments, and it’s free. Java promotes the philosophy of giving back to society. On forums such as StackOverflow, Java programmers are always ready to help others. As a result, Java has a strong road of development ahead of it with further improvement to security and performance.

Java has a rich API and a wide, powerful set of tools behind its success. The IDEs available for Java played a key role in taking Java to the top level. Eclipse and Netbeans have contributed to its achievements too. There are also a series of high-level debugging tools available with Java as well.

What are some disadvantages of Java?

Java is known to be a little slow. The compiler is not well optimized in comparison to a C++.

The lack of templates in Java can limit the ability to create high-quality data structures in its architecture.

Java is also meant mainly for storage and is considered less efficient for data backup. Memory management is a little expensive, and it takes more memory space than other native programming languages.

What does being a Java programmer entail?

The main role of a Java programmer is to create apps or develop functionalities for websites or software. They translate what the product team says into a language that computers understand. They must maintain an organization’s code base to ensure that all changes are accounted for and test it for stability.

Being a Java programmer requires the strong ability to observe and a strict approach to work. You can read more about attaining a mind frame like this in my previous article How To Think Like a Programmer.

Like any programmer, advocates of Java need to be independent and take the initiative to manage their time. They must also be able to reference information quickly online. They must know what they’re looking for and where to find it.

The career path of a Java programmer commonly looks like this:

What kind of jobs can I get with knowledge of Java?

Programmers with Java experience are always in high demand. It is one of the leading languages among developers, and it is also used for teaching computer science to beginners. There are many different domains where a Java developer can find their place and make an impact. Here are a few:

The field of Big Data is becoming a fast-growing career path as more and more companies are looking to leverage large data sets to influence business intelligence and decision making. Hadoop, Spark, Pig and MapReduce also contribute to this profession.

The popularity of Android apps has brought along countless opportunities for an Android developer who knows how to write native apps in Java.

The field of Embedded Device Developers is growing, given the number of devices that use routers to network appliances to entertainment centers that use Java on the inside.

NASA hires Java programmers to help with some applications that they use Java for, such as World Wind, a Software Development Kit (SDK) that lets you zoom in from outer space and examine any location on Earth. They have over 90 applications built from this SDK alone. Click here for more details on Java’s involvement on NASA’s space missions.

Where can I start learning Java? How can I build my skill set and prepare for a job?

There are a ton of resources to learn Java. Check out Codeacademy’s classes or edX’s options. Here is a list of great books for Java beginners. You can always join a Meetup group or get started with a Github community as well.

Ways to strengthen your new skills vary. You can start building software or devices that are capable of doing Internet of Things (IoT). Here is a guide on where to start with that. You could get involved in cloud computing since Java’s portability feature helps you to develop and manage cloud computing solutions. Read more about that here. You can focus on building robots, or apps that robots would use. You can create web apps or develop games.

Freelance jobs are plentiful for a Java developer. To book clients, you can promote your projects on Livecoding.tv, a platform that enables you to build and broadcast your portfolio for the freelance marketplace. This option allows you to show your work in more of a visual way than UpWork or Freelancer enable you to. Freelance jobs give you an opportunity to prepare for the expectations and requirements of a full-time developer job, and having a portfolio improves your chances of getting an interview.

The Java career path can take you to building games, mobile apps, desktop apps, web apps. All of the syntax, ideas, patterns, styles, and tools you’ll learn are readily transferable to other programming languages too. All of these things plus the facts that Java is easy to learn and continues to survive and stay relevant makes it a great language to pursue.