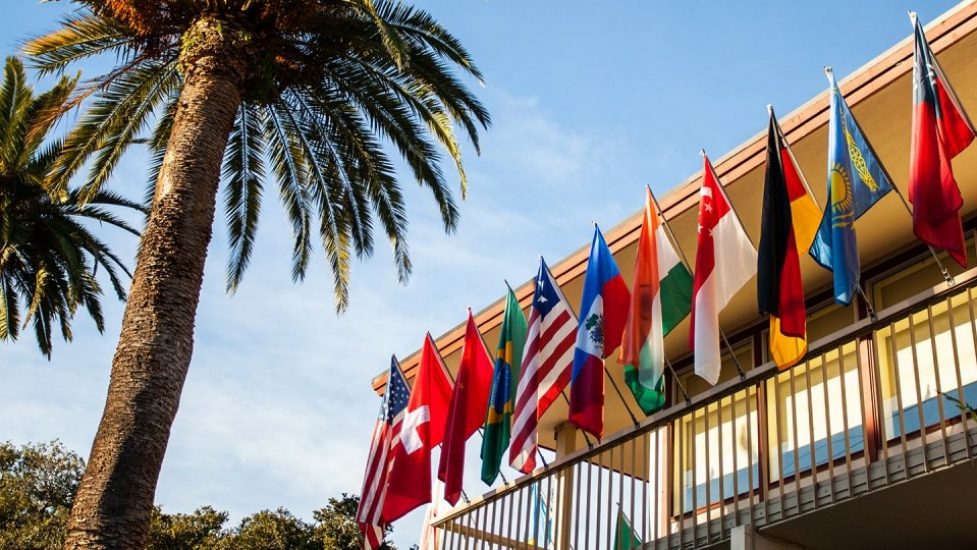 The options available for veterans returning to college are numerous. According to the Veterans Administration, 20,505 schools are approved to accept the GI Bill, serving a total of 959,401 GI Bill students.

Some education programs are helping veterans who have none or very little academic background, while others are more suited to the veterans who already have a degree, or who are on the verge of attaining one.

The Middlebury Institute of International Studies (MIIS) in Monterey, California is one of the latter. It helps veterans earn an advanced degree once they return from service. It also has unique educational opportunities for those men and women currently serving in the military.

A focus on international careers

Middlebury was founded in 1955 as the Monterey Institute of Foreign Studies and was formally acquired by the Vermont-based Middlebury College in 2010. In 2017, the Institute adopted as its new mission statement the goal of educating “professionals to advance understanding, promote peace, and drive change in pursuit of a more just world.”

The graduate school offers master’s degrees well-suited to veterans who want to continue to serve their country and work in the government. These include programs in nonproliferation and terrorism, international trade and economic diplomacy, and international policy and development teaching a foreign language, translation, and interpretation.

All of these programs are career-focused and emphasize language and cross-cultural communication skills for international careers. Many veterans often end up working in the U.S. State Department, the intelligence community, or with NGOs and IGOs.

The academic background required for MIIS depends on the program. “We do have a combined BA-MA program for students that have an associate’s degree, or have completed two years of undergraduate coursework elsewhere, otherwise we require that all applicants have completed their BA. Their professional/military experience across the board is a plus,” explains Devin Lueddeke, senior director of Global Recruiting at MIIS.

“I also believe that the presence of the Defense Language Institute (DLI) and the Naval Postgraduate School (NPS) in Monterey, in addition to the long-time existence of Fort Ord, makes Monterey a particularly military- and veteran-friendly community. And since many of our programs integrate a second language into the curriculum, veterans who came through the DLI are a great fit.”

Veterans are an important part of the classroom experience because they help build a student population with a “diverse array of experiences,” according to Devin Lueddeke, senior director of Global Recruiting at MIIS.

He tells WorkingNation, “Our veteran population, in addition to the active duty military students on our campus, offer a valuable and unique perspective on many of the issues that we discuss in the classroom as they have often had experience with these issues first-hand.”

Typically, between five to 10 percent of the student population self-identify as veterans, Lueddeke says, with that number hitting about seven percent in 2018.

Lueddeke identifies several reasons the MIIS is an attractive fit for students who have served in the military.

Its programs in international security often dovetail with the student’s military experiences. There is also a highly active student-run Veteran Organization, and a dedicated Veteran Center on campus. And easing the transition back to academic life are designated Veteran’s Affairs graduate assistants who are available to serve as resource referrals for incoming and current students.

“Ultimately, I think it is because of the support from a small campus community that is dedicated to the success of our students, especially our veterans,” Lueddeke says.

MIIS also has a pair of unique partnerships that cement its military ties.

One is a student exchange program with the Naval Postgraduate School. “We allow students from the MA in Nonproliferation and Terrorism Studies program, and who are Foreign Area Officers (FAO), to enroll at NPS, broadening the variety and type of classes they may take as part of their master’s degrees,” he explains.

A Foreign Area Officer is a serving commissioned officer from any of the four branches of the United States Armed Forces who is a regionally-focused expert in political-military operations possessing a combination of regional expertise, with political, cultural, sociological, economic, and geographic awareness, and foreign language proficiency in at least one of the dominant languages in their specified region.

According to the MIIS website, “Students gain experience working with military officers, exposing them to new perspectives on important international security issues.”

“We are in our second semester of the exchange and are finding that the NPS students who take classes at MIIS are taking mostly foreign language classes,” Lueddeke says. “NPS does not offer any foreign language coursework and many of the students coming to us from there are FAOs and need to keep their language skills up for their next duty assignments. They report being challenged and very satisfied with their classes.”

The other partnership is with the U.S. Army which makes it possible for Foreign Area Officers to study for a master’s degree.

FAOs may pursue one of two degrees at MIIS: the MA in Nonproliferation and Terrorism Studies (MANPTS) or the MA in International Policy and Development (MAIPD).

“Interestingly,” Lueddeke notes, “most of the FAOs pursue the MAIPD degree. When asked why, they indicated that their future roles in the military will require them to work alongside civilians, for example in embassies or in post-conflict situations. They say that they have not worked with civilians in a number of years and feel that this program best prepares them for their next military assignment.”