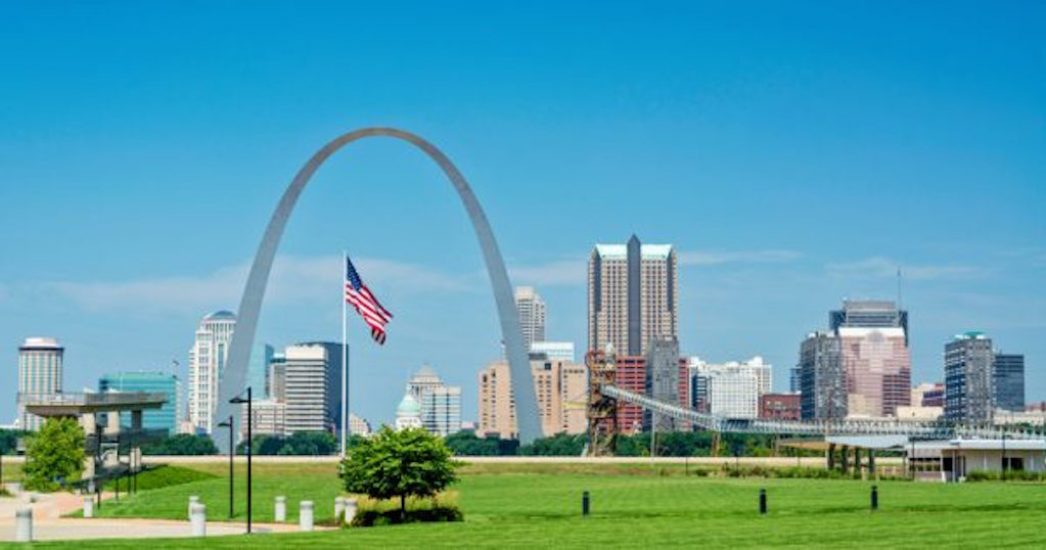 St. Louis, where the presidential debate will take place Oct. 9, is nicknamed the Gateway to the West. A more appropriate moniker might be Skills Gap City.

“Are there enough students pursuing jobs in manufacturing? The simple answer is no,” said Missy Borchardt, dean of enrollment management at Ranken Technical College, a fully accredited, not-for-profit technical school in St. Louis. “We see many more job opportunities within that career field than we can supply.”

In its most recent Burgundy Book, a quarterly analysis of regional economic conditions, the Federal Reserve Bank of St. Louis noted that manufacturing businesses reported difficulty in hiring workers with the right skills. A manufacturer quoted anonymously in the report, acknowledging that it was having a “very difficult time” finding workers, noted, “There are ‘Help Wanted’ signs all over town, so other businesses are having the same problem.”

That’s no surprise to Mark Bockerstett, the president of the St. Louis chapter of the National Tooling & Machining Association (NTMA) and a principal of Modern Screw Products Co.

“Our organization—not just our chapter here in St. Louis, but across the country—is facing a workforce shortage,” Bockerstett told WorkingNation. “I think there’s a stigma that manufacturing or machine shops are dark, dangerous places to work. There’s a feeling that there’s no manufacturing in America. But that’s far from the truth.”

As the St. Louis Post-Dispatch documented this summer, John J. Steuby, the 88-year-old proprietor of the John J. Steuby Co. machine shop, resorted to hanging a huge sign out on his building advertising free training for interested workers. After the article ran, Steuby was able to bring on eight trainees.

“Teachers, parents, and counselors are pointing young men and women toward college,” Steuby told WorkingNation. “But we have a lot of job security here.”

The NTMA has instituted an online training program to appeal to a generation that gets excited about digital technology. It also offers scholarships for students to attend Ranken Technical College. Bockerstett says the NTMA is also working on developing a program that would match a high school robotics team to a local machine shop that would help build their creations. Get kids into a shop, he figures, and maybe they’ll take a liking to the work.

Getting kids into a shop used to be the norm, rather than the exception. But many school districts are moving away from industrial arts courses and doubling down on reading, writing, and arithmetic, partly due to pressure to score well on all-important standardized tests.

David Brown is an engineering and industrial technology instructor at Fort Zumwalt South High School in St. Peters, Missouri, about 40 minutes northwest of St. Louis. His introductory courses teach students the fundamentals of design and metalworking, while later courses introduce them to welding and machining, and advanced courses allow them to engineer, prototype, and make pretty much whatever they want.

Brown clearly enjoys his job immensely, but he’s frustrated by the tone of the national conversation toward education and skills development—particularly the notion that students are learning science, technology, engineering, and math skills only if they are cranking through formulas or eyeballing beakers in a science lab.

“Kids in my class don’t even realize that they’re heavy into geometry,” Brown said. “Once, we had to do a drawing that had a non-isometric line, and one kid started scratching his head and says, ‘Hey, we’re going to have to do trigonometry.’ Well, yeah.”

Brown points out that his classes give students direct lines to job opportunities. Students can get certified in SolidWorks, a 3-D computer modeling program that Brown says many local manufacturing companies use. His advanced students can also take a written and practical test to get a semester’s worth of college credit at Ranken Technical College.

Ranken, where nearly 2,000 students are working toward one-year certificates, two-year associate’s degrees, or a bachelor’s degree in architecture or applied management, is a major talent supply line for local industry. In September, 62 employers came to the school’s monthly breakfast. Last fall, almost 350 companies attended the school’s job fair. Borchardt says students sometimes get hired before they finish their studies.

The school works hand-in-glove with industry to make sure it’s teaching students what they need to know to compete in the modern workforce—including soft skills. The school has a strict dress code (no facial hair or long haircuts for men) and grades students on attendance and enthusiasm as well as proficiency.

Ranken has also set up several programs to run like apprenticeships, with students working a few weeks with a company, coming back to Ranken to hone their skills, and then heading back to the company again. Several local businesses have also set up microenterprises on campus, entrusting students to actually produce their goods.

Despite what seems like a thriving industry, St. Louis is no different than the rest of the country in the sense that globalization and automation have wiped out many manufacturing jobs over the years. The number of manufacturing jobs in the region fell in the second quarter of 2016, the third consecutive loss, and the city only has slightly more than half of the 207,000 manufacturing jobs it had in 1990—some 111,600 jobs, according to the Bureau of Labor Statistics.

Borchardt says the school is aware of the effects of globalization and automation. But she points out that Ranken is preparing students for many jobs that can’t be done from overseas—heating, ventilation, and air conditioning work, for example. It has also added courses in electrical automation technology on the theory that someone has to program and repair the robots. As the world changes, so will they.

“We are building the future workforce so that as a nation, we can move forward,” Borchardt says.