While both presidential candidates continue to promise to bring lost manufacturing jobs back, they are missing the point.

The nature of the manufacturing industry is changing, so by extension, the nature of work is changing. There are 5.5 million unfilled jobs in this nation, and many CEOs say they can’t find workers who have the skills they need. The equation is not pretty. Plants are closing yet there are open jobs, but our current education system hasn’t kept up with the rapidly changing skills needed as technology plays a larger role in jobs of all kinds.

Anthony Carnevale, director of the Georgetown University Center on Education and the Workforce explains the simple truth, “What is scary in the current presidential election is…once you get past the ugly stuff, it is about jobs. And in a modern 21st century economy: jobs; keeping jobs, getting jobs. Getting the next job is about skill development.”

When Carrier announced the shutdown of its Indianapolis plant, 1,400 workers were told their jobs would go away. And nothing anybody says will change the fact that the plant is closing. But all is not lost. TJ and Katie were among the Carrier workers told their jobs were being eliminated. Luckily, they have time to prepare for the future. Local leaders, companies and organizations are stepping in to re-skill and help many of those who never thought they would be in this situation. What will they do and how would you react if it happens to you? Are you ready? 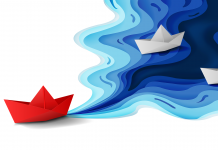 Service year that comes with rewards