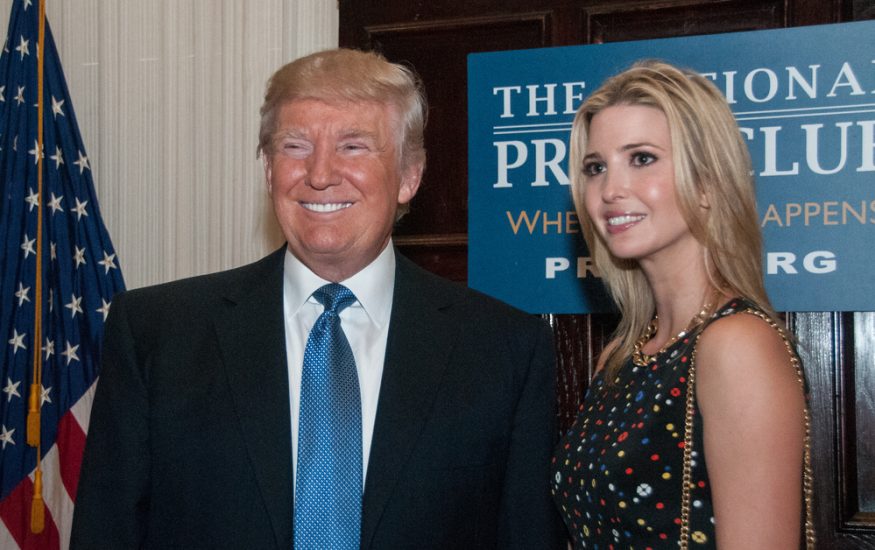 In an effort to close a widening skills gap, the White House announced a U.S. Department of Education grant for public schools to bolster science and computer science education.

President Donald Trump is expected to sign a presidential memorandum which stands to allocate at least $200 million a year for STEM-focused and computer science curricula, Fast Company reported.

The move was announced Monday at a press conference by President Trump’s daughter and “special adviser” on workforce development Ivanka Trump. Ivanka is scheduled to meet with tech executives from Google and Facebook as well as General Motors in Detroit on Tuesday to discuss private sector involvement with the initiative. Today’s grant is expected to be partially funded by private investment.

“This administration is committed to building the workforce of tomorrow,” Ivanka said, according to a White House pool report sourced by Education Week.

Fast Company remarked that it was a “rare victory for the tech sector with [the Trump] administration” after many executives in Silicon Valley have urged more public investment in computer skills training at all levels of education.

According to Fast Company, Microsoft president Brad Smith applauded the administration’s announcement and likened the race to retool and reskill education providers to the 1950’s space race with the Soviet Union.

““Our country is facing a challenge that it hasn’t had to address in two generations: reworking the education system to keep pace with advancing technology. In the 1950s, the race to space drove schools to start teaching physics. Today, it’s all about computer science. Microsoft looks forward to partnering with other companies, non-profit groups, and the federal and state governments to help bring computer science into America’s mainstream education curriculum. It’s good for our country, our businesses, and most importantly, our nation’s young people,” Smith wrote.

RELATED STORY: How a coding class opened my eyes to a new world of opportunities

Increasing access to computer education is paramount among industry leaders because, according to Code.org, less than half of U.S. high schools offer coding classes and many job vacancies are going unfulfilled due to a lack of qualified applicants.

Today’s announcement also included language to increasing minority representation in technology careers through increasing educational opportunity and addressing a widening pay gap between genders, according to White House officials speaking to The Hill.

Though the previous administration attempted to bolster STEM and computer science through Congressional action and was ultimately unsuccessful, The Hill reported that this current initiative will be enacted through Trump’s executive order.

“Ironically, though, the Trump administration’s proposed budget for fiscal 2018 completely eliminates one of the few federal programs in the department that districts can use for computer science: The Student Support and Academic Enrichment Grants, which are supposed to get more than $1.5 billion under the Every Student Succeeds Act,” Educational Weekly reported.

No matter how schools are able to receive funding, be it through a fully federally-funded initiative or a public-private partnership, boosting education should be a primary concern for any policymaker who wants to increase skills-training in high demand fields.

Working in the tech sector, especially in software programming, can be a ticket to a good job. Watch this short video from WorkingNation on how learning how to code opens new possibilities and career tracks.

Join the Conversation: Tell us what you think about the Trump administration’s effort to increase computer science and STEM education on our Facebook page.

Join the Conversation: Tell us what you think about the Trump administration’s effort to increase computer science and STEM education on our Facebook page.