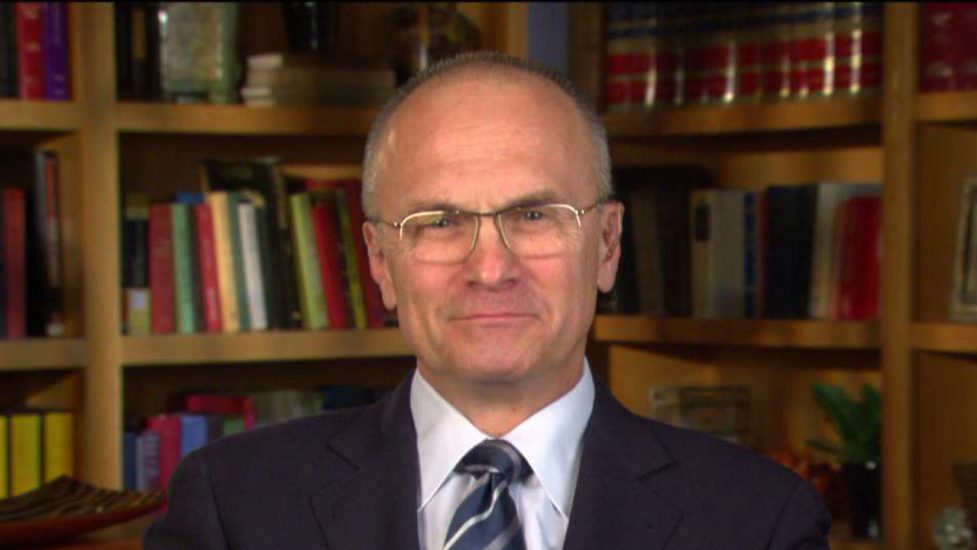 President-Elect Donald Trump has made no secret of the fact that jobs is a top priority when he takes over in January. One of the top appointments he will make in this area is his Secretary of Labor, who will be tasked with enforcing rules meant to protect American workers. The person who appeared early on to be a front-runner for this position was Victoria Lipnic, a Republican commissioner on the Equal Employment Opportunity Commission (EEOC), which enforces civil rights laws in the workplace. 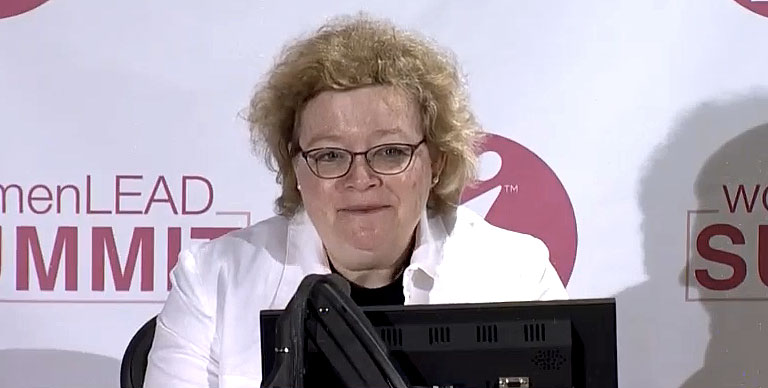 President Obama nominated Lipnic to serve a second term last year through July 1, 2020, and she was unanimously confirmed by the Senate on Nov. 19, 2015. She has worked in both the private (as an attorney in Washington, DC) and public sectors.

From 2002 to 2009, as the U.S. Assistant Secretary of Labor for Employment Standards, Lipnic worked with federal labor and employment laws. She oversaw the 2004 revision of overtime regulations, reissued regulations under the Family and Medical Leave Act, and the new guidance and regulations for evaluating compensation discrimination.

This year, Lipnic voted against the proposal requiring employers to submit detailed pay data categorized by gender, race and ethnicity as a way to combat pay discrimination saying that the proposal “should be relegated to the heap of bad policy ideas once and for all,” and that the focus should be on predominant reasons for the gap, not collecting pay data.

As Trump’s Secretary of Labor, Lipnic will would most likely be tasked to undo some of the decisions made in previous administrations, according the The Atlantic. With Lipnic having seen great support from the past two presidents, it will be interesting to see how she responds to that objective.

Another person who recently made headlines as a front-runner for the position is Andrew Puzder, the CEO of CKE Restaurants, which owns the fast-food chains Carl’s Jr. and Hardees. Puzder, who supported Trump during his run and is currently one of his economic advisors, reportedly met with the president-elect over the weekend and the two spoke about “regulations, labor reforms, and freeing up small business loans for new and innovative business ventures.” 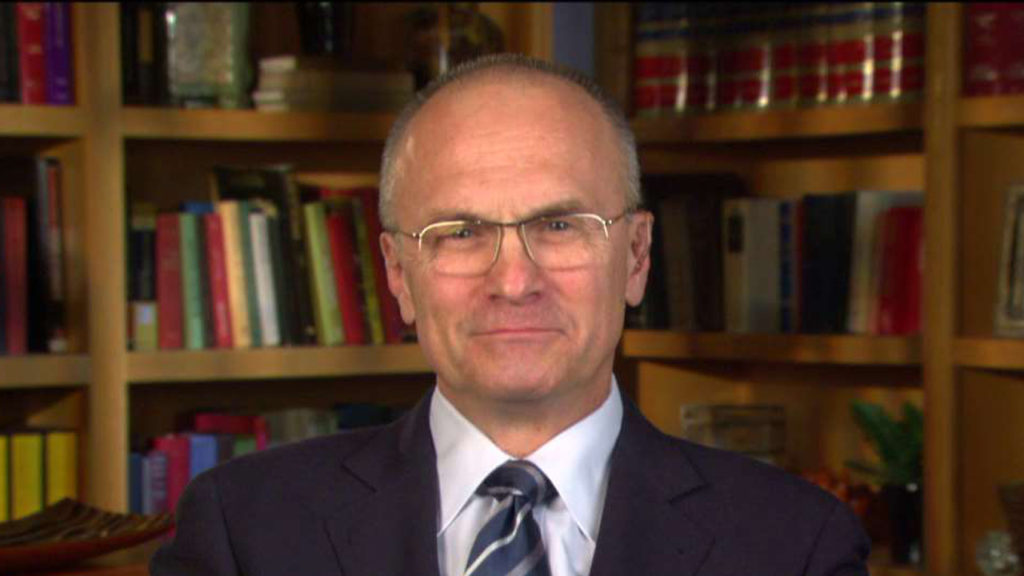 (Andy Puzder on FOX Business on Feb. 23: ‘I’d support Trump if he were the nominee’)

Puzder was a commercial trial lawyer in St. Louis from 1978 to 1991. During that time, he met Carl’s Jr. founder Carl Karcher, who convinced him to leave his job and become his personal attorney. Puzder agreed and helped save Karcher from bankruptcy and retain significant ownership interest in his company CKE Restaurants, Inc.

In 2000, three years after CKE acquired Hardee’s Food Systems, Inc., CKE’s Board of Directors named Puzder president and CEO of Hardee’s Food Systems and, a few months later, named him president and CEO of CKE Restaurants, Inc. Puzder is credited with turning around both the Hardee’s brand and CKE, allowing the company to survive become financially secure and return to growth.

Puzder has been described as an “unapologetic conservative” who made headlines last year after he told Business Insider he favored the idea of restaurant automation over human employees.

“They’re always polite, they always upsell, they never take a vacation, they never show up late, there’s never a slip-and-fall, or an age, sex, or race discrimination case,” Puzder said.

He later said that statement was taken out of context. He has published several op-ed pieces in the Wall Street Journal and for conservative weekly news site, Human Events. He has also been very vocal about his views on Obamacare and its impact on jobs and business growth, and his opposition to minimum wage increases. 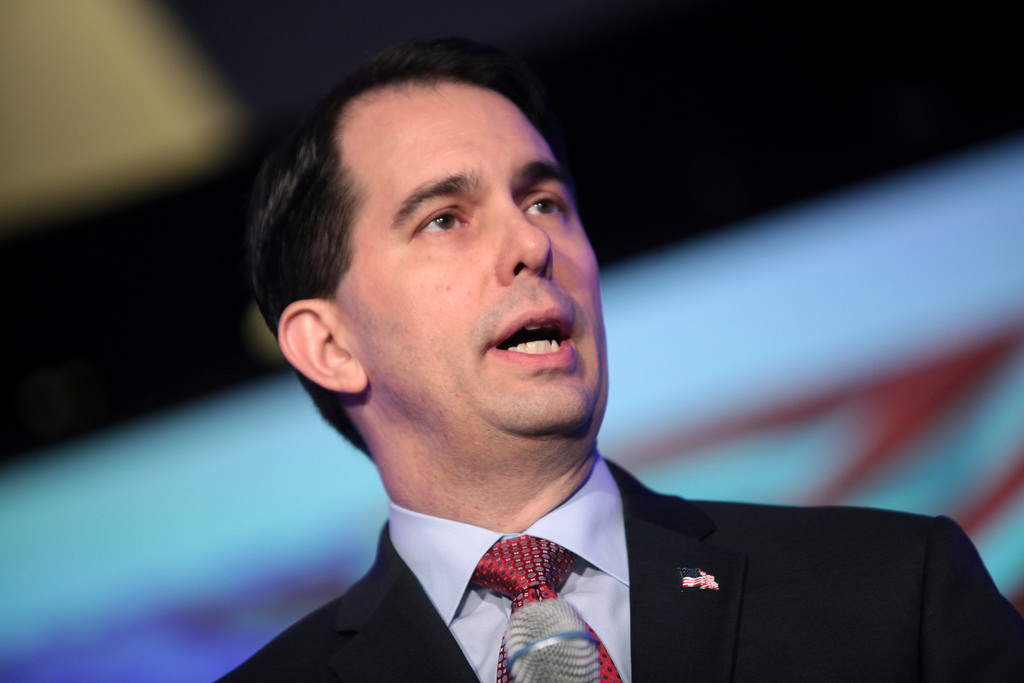 Another person mentioned by
Politico and New York Magazine, who is in the running, but seems more like a long-shot at this point, is Wisconsin Gov. Scott Walker.

Walker has had a tumultuous relationship with labor unions. During his time as governor, Walker created a law that stripped public employee unions of most of their collective-bargaining rights and forced workers to pay more into their pensions and for health care. It’s a law that some argue helped win Trump votes in Wisconsin.

In September last year while campaigning for president, Walker made headlines when he released a plan that would require all unions to hold periodic votes so workers could decide whether they should continue to exist, cancel President Obama’s Labor Day order that federal contractors provide paid sick leave, and work to end policies requiring some salaried workers in the private sector to receive overtime.

In an interview with the Milwaukee-Wisconsin Journal Sentinel, Terry McGowan, business manager for the union, Operating Engineers Local 139, explained how Walker assured him he wouldn’t go after private-sector unions, but then changed his position once he was re-elected in 2014.

When asked about Walker’s plan, McGowan said, “If he were to get these changes through, it would be a scorched earth. Definitely, the middle class would be scorched earth.”

Last year, PolitiFact took a look at some of the union-related claims made by Walker, or about him, that have been fact checked by PolitiFact Wisconsin.

Walker has most recently been linked to potentially helping the Trump administration reform government employee benefits and job protections, and based on his history, these workers are in for a rude awakening.