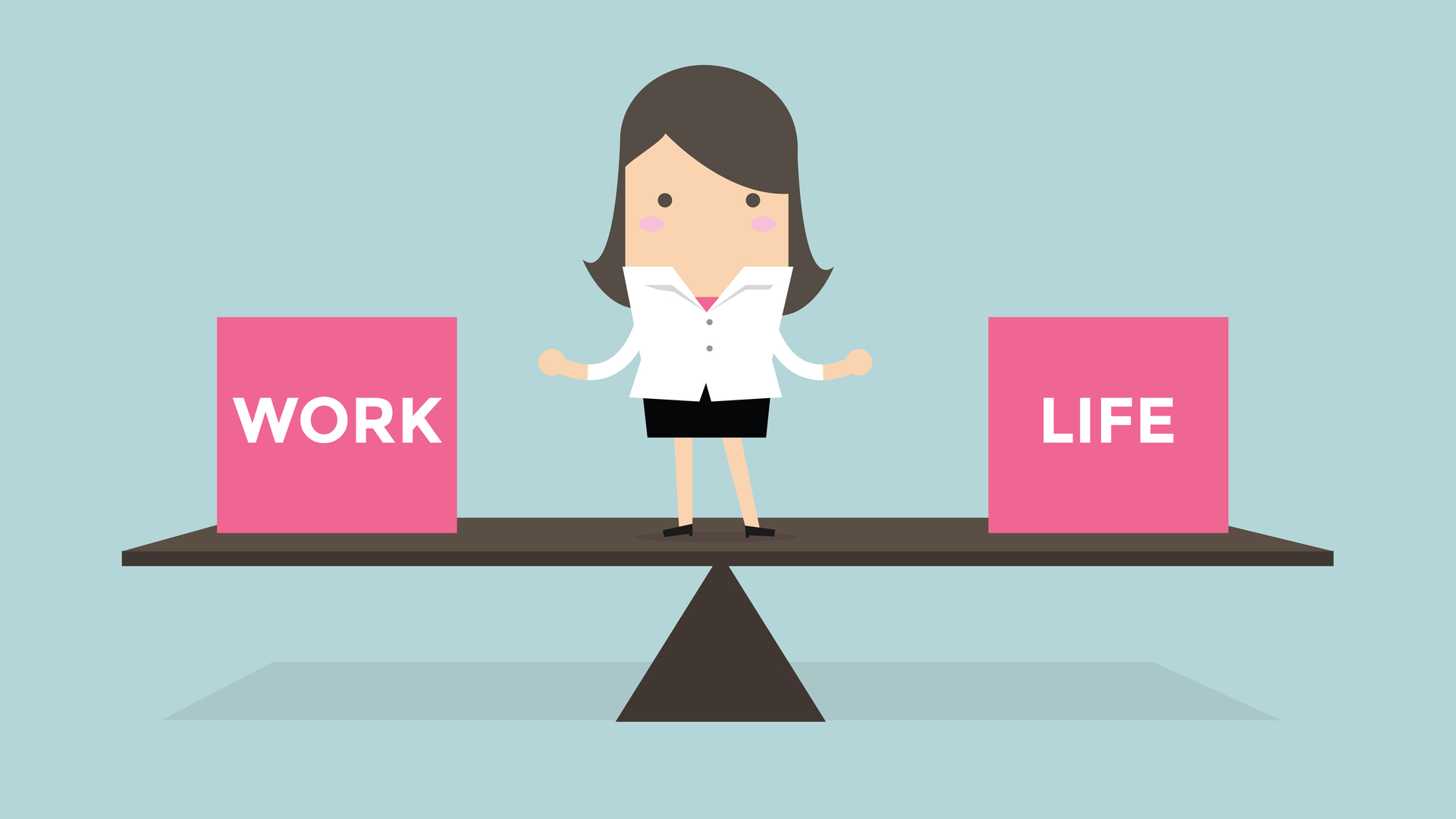 The coronavirus pandemic has been so damaging to women’s careers that some have taken to calling it a “shecession.”

The closure of clothing stores, salons, dry cleaners, and other service-sector businesses put millions of women out of work. So did severe contractions in many other female-dominated occupations, such as human resources, public relations, social services, and education.

Many women who held onto their jobs were nonetheless forced to leave, or request reduced hours, due to school closures and family responsibilities.

Some of the effects will outlast the pandemic.

Declines in paid hours will knock some women down a few rungs on the promotion ladder. And interruptions in earnings will ding retirement savings and social security benefits.

But here’s why I am optimistic. Women have been on a tear in the labor market the past five years and, if anything, the post-vaccine world will accelerate those trends.

Job growth for women broke ahead of job growth for men in mid-2015, and women never looked back. The earnings gap shrank, too. 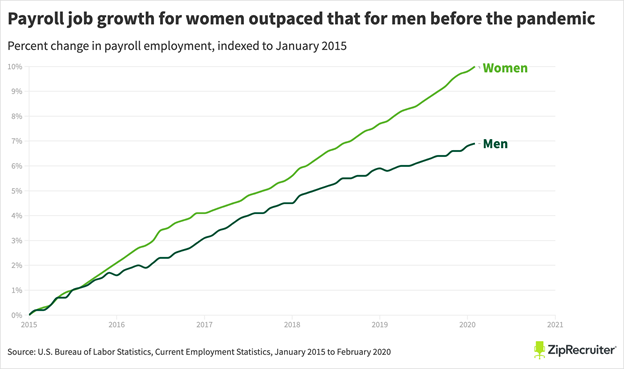 Of course, women continued to shoulder a disproportionate share of childcare responsibilities. So when the pandemic forced kids to stay home, women bore the brunt of that challenge and the female labor force participation rate fell to where it was back in 1987.

But there were four key trends causing women to surge in the labor market before the pandemic, and three are on the cusp of kicking back in.

The Fastest-growing Jobs are Dominated by Women

The first trend was rapid growth in female-dominated occupations. According to the Bureau of Labor Statistics, six of the ten fastest-growing job, such as those for nurse practitioners and health services managers, are majority-female.

More broadly, the 54% female service sector is likely to roar back and keep growing once the pandemic is behind us.

Women are Moving into Male-dominated Jobs

The second trend was increasing gender balance in previously male-dominated occupations. In fact, the fastest employment growth for women tends to be concentrated in the most male-dominated industries, such as passenger transport, construction, and computer-related fields.

When women enter male-dominated occupations, it tends to set off a chain reaction—more women rise up the rank, the industry culture becomes more inclusive and so yet more women enter.

Women are Studying More and Having Children Later

The third trend was female achievement gains in schools and universities. Women have been earning more bachelor’s degrees than men since 1982, and more PhDs for the past 9 years, so increasingly the most qualified candidate for any job opening is a woman.

Women are also having children later, when their careers are more established and the “motherhood penalty”—the toll of childcare-related career interruptions on wage growth and promotions—is smaller.

The fourth trend that was drawing more women into the labor force before the pandemic was a tightening labor market that was encouraging employers to broaden their talent pools and offer greater schedule flexibility. High unemployment has put that trend on pause for a few years.

But it has been replaced by another force likely to have some of the same effects. 2020 sparked a great awakening at many American companies and pushed them to increase their focus on diversity and inclusion.

Remote Work Could be the Real Game Changer for Women

In addition, there’s a new reason I’m bullish on the recovery of women’s careers, which is a product of the pandemic itself: the massive shift to remote work. A pandemic that severely disrupted women’s careers also paradoxically brought about changes in workplace norms that could make us the big winners in the end.

In the 2007 book Opting Out? Why Women Really Quit Careers and Head Home, American sociologist Pamela Stone interviewed high-achieving women who graduated from Ivy League universities, held senior management positions, and quit their jobs after having children. She discovered that the main reason they were leaving was the challenge of meeting illogical, impractical, inflexible workplace demands.

For many women who became parents in the post-pandemic world of remote work, work has been far more manageable. No more 10-hour-plus days for a nanny. No nanny cams. No panicked calls to an infant care center at closing time while stuck in standstill traffic.

Even after schools reopen, much of the increase in remote work and video conferencing will be here to stay. And that will help women’s employment will not merely recover, but thrive.

Julia Pollak is the labor economist at ZipRecruiter. 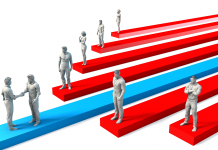 Equity in the Last Mile 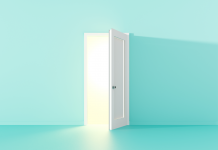 Beating the Competition to Bring Jobs to Mississippi’s Triangle