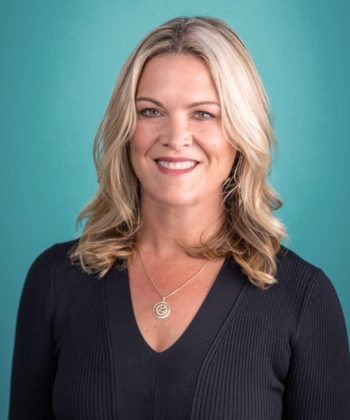 Joan Lynch, Chief Content and Programming Officer, oversees all aspects of content strategy and execution for WorkingNation. A television and film executive with an extensive background in news, sports, and digital programming, Joan brings a unique, highly integrated approach to the storytelling process. In 2011, while serving as Vice President and Executive Producer of content development at ESPN, Joan was named to the list of Most Powerful Women in Cable shortly after she guided the launch of the acclaimed 30 for 30 documentary series. Prior to ESPN, Joan spent ten years as a producer at ABC News. Joan also worked for Yahoo! Finance, developing original content for digital platforms and network television. She is a two-time Peabody Award winner and has multiple Sports Emmys to her credit. Joan is the Founder and President of Scéal Films.

First Job: “My first gig was working at a photo lab. I loved the people’s anticipation waiting to see their life experiences in print. I also still prefer a good old fashioned photo in a frame.”

Side Note: “I love bulldogs and the PGA (Team Phil). Golf is on in our house every day and, yes, my dogs watch with me.”

© Copyright 2021 by WorkingNation. All Rights Reserved.