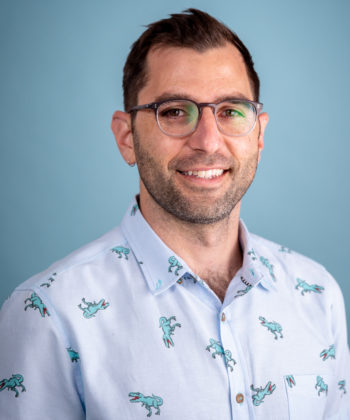 Jonathan Barenboim, Creative Director, oversees all design integration for WorkingNation. He also directs documentary shorts, including our Do Something Awesome series highlighting solutions to workforce issues. In addition to his role here, Jonathan works as a commercial director and is a Co-founder of Don’t Panic Productions. He has collaborated with Nike, Reebok, McDonald’s, Coca-Cola, and other prominent brands, and with studios such as HBO, Netflix, Hulu, and FOX. Fluent in Spanish, Jonathan also works on campaign spots across the Hispanic/Latin-American markets. The Miami native began his career as a cinematographer after earning an MFA in film production at the University of Southern California.

First Job: Grocery store bagger at age 14. “It taught me that I’m a terrible employee if my mind isn’t engaged. I’ve followed a creative path ever since.”

Side Note: “I like eating raw pasta—specifically, penne and angel hair—straight out of the box. It’s crunchy good.”