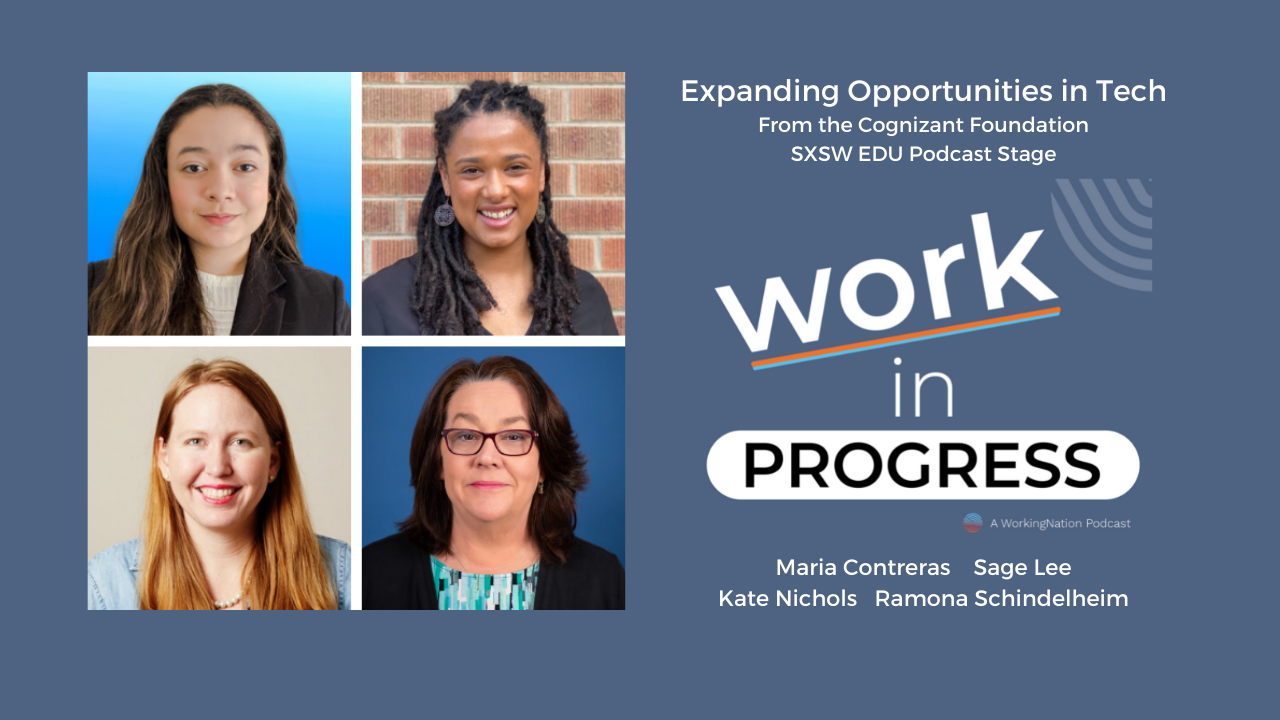 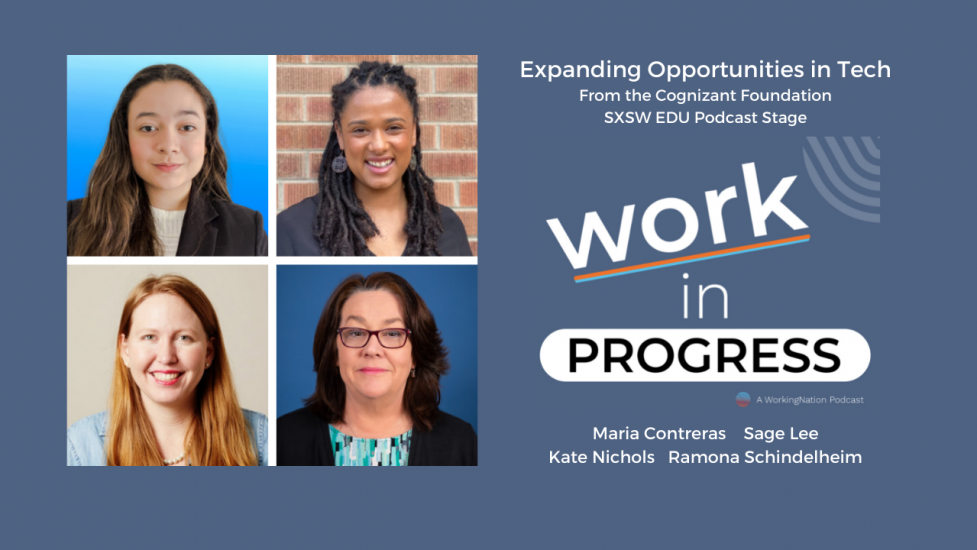 After two years virtual, SXSW EDU 2022 was back in person in Austin earlier this month!

It was an amazing four days of amazing conversations. By far, one of the most inspiring ones for me was the one I had on the Cognizant Foundation podcast stage with three women whose career paths have been changed by tech training programs that opened the doors for them in an industry that hasn’t always been the most welcoming to women.

In this episode – which we recorded live in front of an enthusiastic audience – you’ll meet:

What these young women have in common is their desire to move into an in-demand career, and that they were able to find free, or almost free, training programs geared toward young people who don’t have the financial resources to do it on their own.

We talk about how they did it, and how you can do it too!

You can listen here – and I encourage you to listen all the way to the end – or you can download and listen from wherever you get your podcasts.

Thanks to Kristen Titus, Hannah Lee, and Kyle Gunnels and all the Cognizant Foundation team for inviting us to record the podcast on their stage!

WorkingNation was a media partner with SXSW EDU for the fourth year in a row. Check out our interviews for our WorkingNation Overheard series for a flavor of the other conversations we had in Austin this year.

Episode 224: Expanding Opportunities in Tech at SXSW EDU
Host & Executive Producer: Ramona Schindelheim, Editor-in-Chief, WorkingNation
Producer: Larry Buhl
Executive Producers: Joan Lynch and Melissa Panzer
Theme Music: Composed by Lee Rosevere and licensed under CC by 4.0
Download the transcript for this podcast here.
You can check out all the other podcasts at this link: Work in Progress podcasts