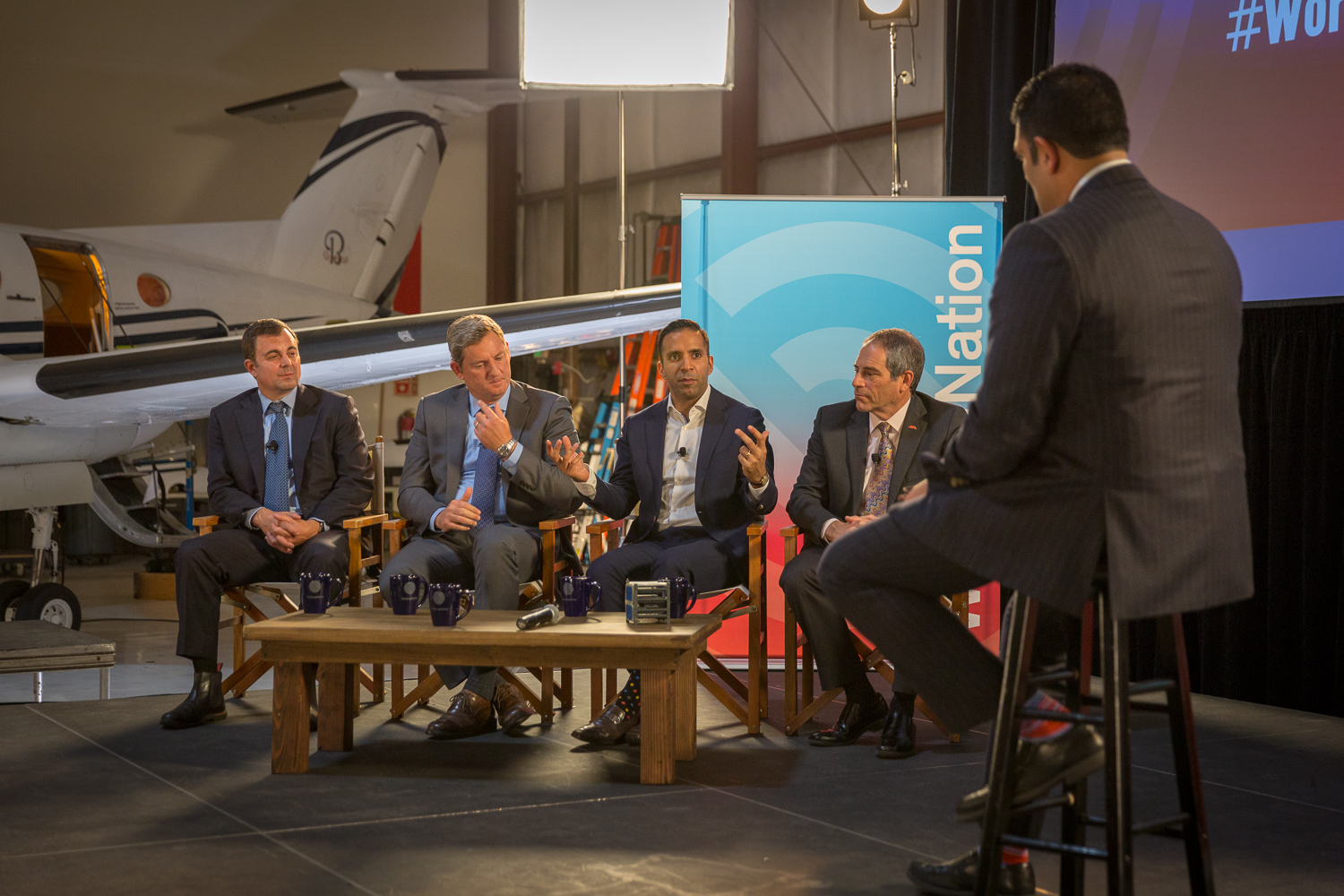 In the air and on the air.

WorkingNation’s Town Hall event Shaping the Future of Work from Hangar 4 in Van Nuys, California, looked at the revolutionary changes underway in America’s air transport industry. Now, the conversation which was led by PBS NewsHour anchor Hari Sreenivasan is the subject of a new episode of the PBS program SciTech Now.

The massive technological update of planes and air traffic control are part of NextGen — short for the Next Generation Air Transportation System — which is the Federal Aviation Administration-led modernization that is designed to answer the expected 20 percent increase in air traffic over the next decade.

In addition, WorkingNation President Jane Oates joins Sreenivasan on set to discuss the talent gap in one of the fastest-growing sectors.

Broadcast times will vary by city, so check your local listings or the show’s website for exact air times. You can also watch it below:

For a deeper dive, you can find the entire town hall and The Shift is Now a Do Something Awesome mini-documentary featuring the story of Isaac Gonzalez who found his calling as an avionics technician and mechanic’s apprentice at WorkingNation.com. The film highlights the labor shortage within the aviation industry and the demand for skilled workers to install the FAA-mandated NextGen GPS systems.

FutureWork: ‘A Year Up’ Is Redefining Talent in the 21st Century