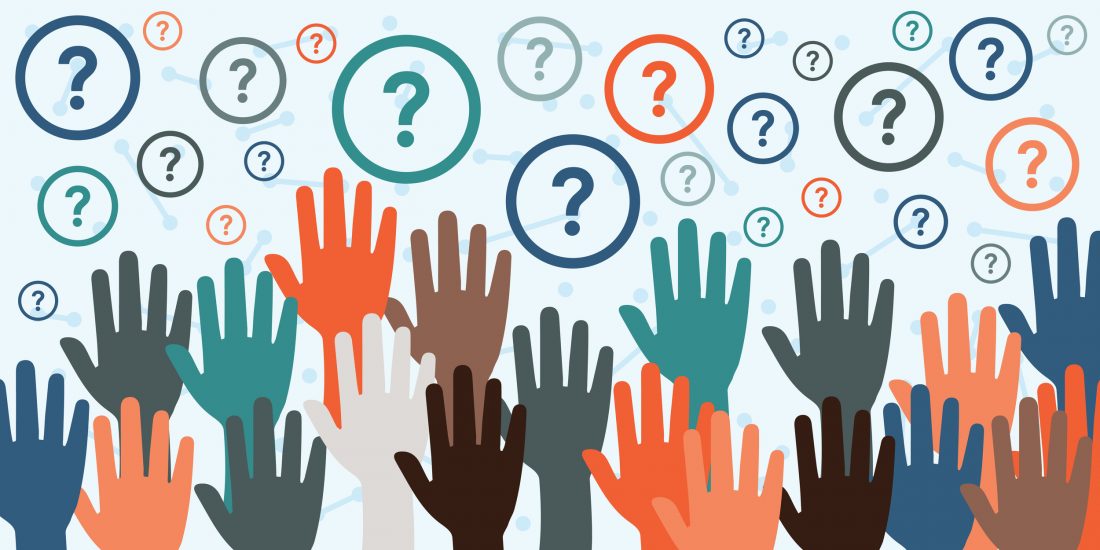 About the debate: We have some questions about the future of work we’d like to see asked

In the latest Economist/YouGov poll, 73 percent of respondents believe that unemployment is a problem, and 43 percent say it is a serious one. Yet in the last Democratic presidential debate, there was not a single question about jobs or the workforce.

The headline unemployment rate sits at 3.5 percent nationwide, with 5.8 million Americans out of work and looking for a job. Those numbers don’t reflect the genuine concern many men and women have about their work situations. There are five million more adults who have either given up looking for a job altogether or are working part-time because they can’t find full-time work.

And then there are the underemployed. As technology continues to rapidly change the skills needed in this country to get a good-paying job, the workforce is struggling to keep up. There are more than 7.1 million open jobs across the nation, and employers continue to express frustration at not being able to find job seekers with the skills needed to fill them.

This is an issue for employers and employees. We have a skills gap problem in this country that needs to be solved.

Who should be training our workers? What role do businesses, educators, nonprofits, and government leaders have in making sure everyone has access to learning the skills needed to find and retain a good job today and in the future?

This issue needs to be raised to the level of a national discussion and the upcoming debate is a great place to start.

We asked a panel of experts to further explain the problem at hand, and then place themselves in the seats of the moderators and share with us the questions that they would ask the candidates if they could.

WorkingNation believes they are worth asking Tuesday and every day. 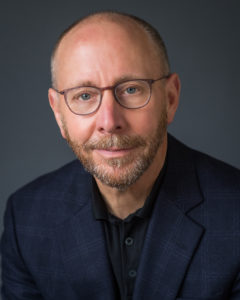 As social and political divides widen and media attention is laser-focused on impeachment and the news of the day, the question of how to prepare Americans for the future of work is too-rarely discussed. It’s amazing that threats confronting so many are not central to today’s political debate. Despite a seemingly robust economy, workers are struggling. Wages are stagnant, even as health, housing, food, and education costs continue to rise. Middle-class Americans are more likely to fall into poverty than to rise into wealth.

The jobs of workers young and old, black, brown, and white are threatened by the onslaught of artificial intelligence, automation, and robotics. Proposals for guaranteed minimum income and similar programs deserve consideration, but they often fail to recognize that work is about more than money, it’s also about purpose, self-respect, and dignity. The private sector has an important role in ensuring opportunity, but only government can tackle major system-level challenges.

Beginning in 1935, President Franklin Roosevelt’s Works Progress Administration put approximately 8.5 million Americans to work in infrastructure and arts programs. Roosevelt declared that the “demoralization caused by vast unemployment is our greatest extravagance. Morally it is the greatest menace to our social order.” Our social order is fragile today and the risks of future unemployment for American workers are daunting. How will you ensure that lifelong learning, opportunity, and meaningful work are available to every American?

My question for the candidates: If you are elected President, what will you do to prepare Americans for the future of work? 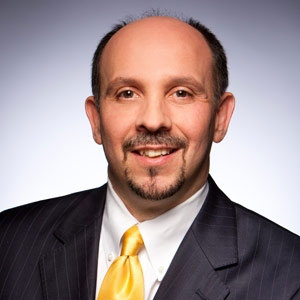 The good news is the jobless rate in the United States was at 3.5 percent in September, the lowest level in nearly 50 years, according to the federal government. The bad news is that’s because millions of working-age adults were on the sidelines and the number of new jobs being created has slowed.

For black Americans, the picture is especially bleak — their unemployment rate of 5.5 percent is the highest among all racial groupings.

Since the mid-1960s, labor-force participation among men with a high school education or less has fallen precipitously. This is true even among those with some college experience who stopped out before earning degrees. In September, 4.4 million people who would have preferred full-time employment were working part-time because their hours had been cut or they could not find full-time jobs.

One challenge the country faces is that higher education and U.S. job training have not kept up with technology-driven change that’s requiring higher-skilled workers. The United States needs approaches to work and learning, especially after high school, that prepare these individuals with the knowledge and skills they will need to succeed in a global economy.

My question for the candidates: As president, how would you tackle the problems of a slowing economy and workers who have disconnected from the job market, in many cases because their knowledge and skills are no longer relevant? 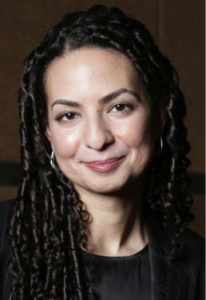 People often confuse training with employment, but they are not the same thing. Training is just one piece of the puzzle. There are many reasons we face employment challenges — not enough jobs being created, not enough knowledge about where jobs are, not enough skills, and not enough employers taking a chance on nontraditional candidates. I could go on and on, and that’s the point.

The workforce space today offers lots of single pieces — skills assessments, job matching, training, mentoring, and interview prep — but to put the puzzle together, all of these pieces need to be integrated into a single solution, designed in such a way that those who are most vulnerable benefit. Significant government resources support workforce programs, and we need to direct them towards those programs that provide a holistic solution and achieve the outcomes people want: a stable job with a living wage.

My question for the candidates: How would you focus workforce resources on programs that don’t just provide training, but actually achieve employment and livable income? 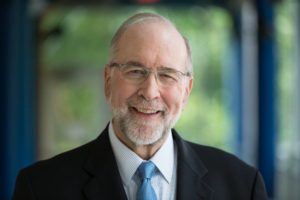 The political, social, technological, ethical challenges required to manage the future of work for people and communities are daunting. While comparable in scope to the New Deal’s efforts to cope with the consequences of industrialization and the Great Depression, our contemporary challenges are even greater. Communities, government policymakers, businesses, and individuals are struggling to adapt. Public policies designed for a different economy, including the U.S. education and workforce system and the laws and regulations governing employment, hours, wages, benefits, and workplace safety, are outdated and inadequate.

The next president will have an obligation to develop new policies and programs that balance the benefits and limits of technology, including artificial intelligence, robots, and the internet of things. Our nation needs new strategies for preserving the dignity of human work, ensuring that new technologies operate safely, fairly, and without bias, and that no workers are left behind.

My question for the candidates: How will your policies and programs help individuals and our nation manage the disruptive forces caused by unprecedented technological change in the workplace?

Job displacement due to automation and general rapid change will only accelerate, requiring people to reskill for new jobs. The need to re-skill at various points in life will only intensify.  Our nation will need to put in place policies that enable individuals to do so to ensure they maintain access to a good quality of life, and at the macro level to keep our economy competitive. Furthermore, not all training programs achieve strong results, so an outcome orientation is key for employers to hire the talent they need and for individuals to move quickly into new jobs.

My question for the candidates: Which policies will you put in place to facilitate participation in re-skilling programs that lead to high-quality, high-wage jobs?

The Higher Education Act of 1964 was landmark legislation. It afforded access to post-secondary education to millions of Americans. In subsequent years, college matriculation increased from less than 10 percent to 40 percent as barriers to access fell as a result of federal financing. However, it is increasingly obvious that the post-secondary system is failing — graduation rates are stagnant, underemployment of college graduates is rampant, employers express increasing alarm at the unavailability of skilled candidates while fewer than 25 percent of students believe that their college is the best place to learn about careers. At the same time, mid-career learners receive limit support in their efforts to gain the skills necessary to get or retain a job that will sustain a middle-class lifestyle.

My questions for the candidates: What changes would you propose making to the Higher Education Act, specifically as it applies to the financing post-secondary education. Would you consider broadening loans and grants to finance programs offered by schools other than accredited institutions as currently defined? Would you consider relaxing constraints like the number of hours of instruction or the percent of instruction provided by accredited institutions? Should loans and grants, traditionally designed to serve students be extended to adult learners? Should the government play a more active role in ensuring that students have better visibility into the placement rates, income levels and load default rates associated with individual schools and specific courses of study, and should the level of grants and loans available to any given student reflect those outcomes? 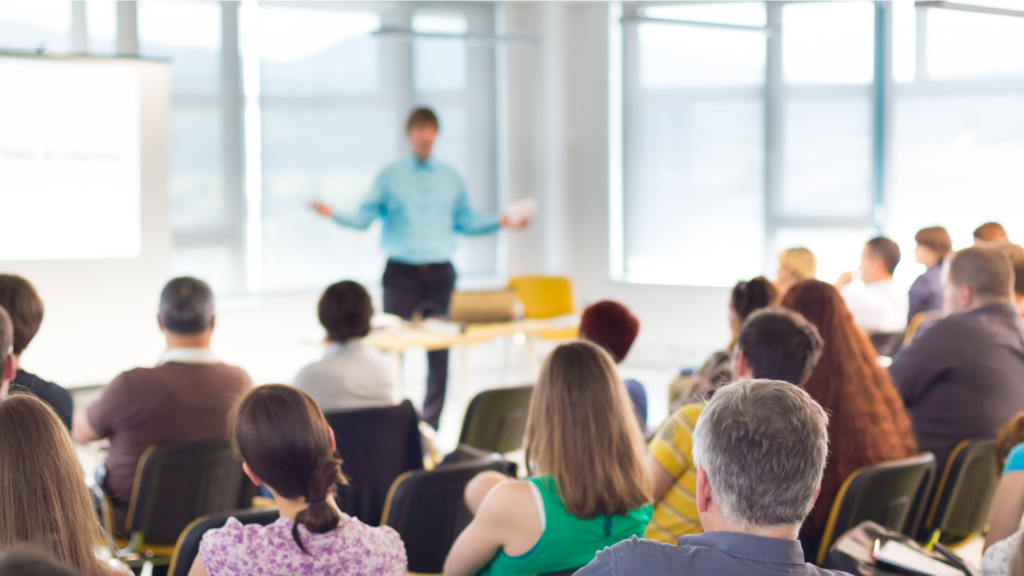