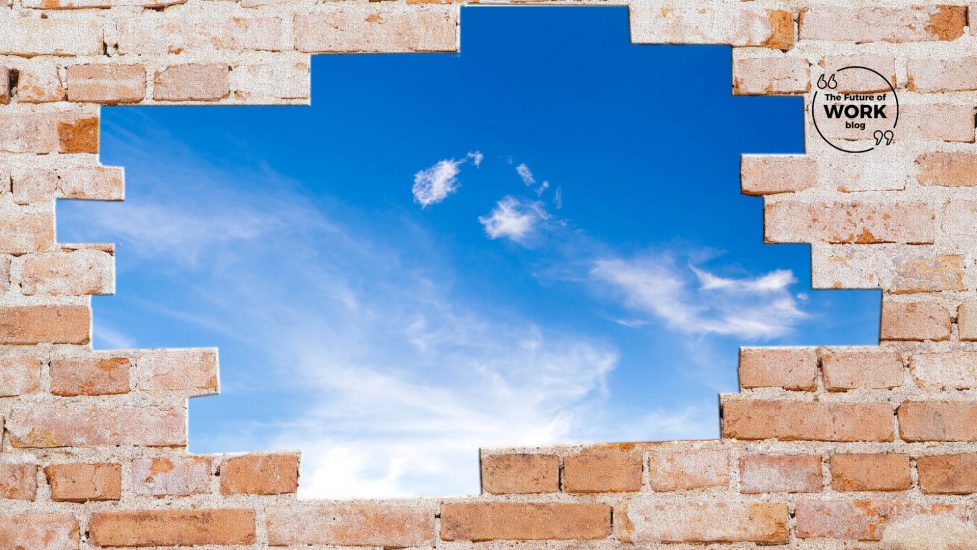 “I think the COVID crisis—we’re all quite aware—is marking the historic transformation from the industrial to the digital economy. We’ve been moving in that direction, but I think we will look back and recognize that this is the moment at which we made that historic transformation. That means that digital skills are more important than ever before,” says Zoe Baird, CEO and president of the Markle Foundation.

WorkingNation tuned in to the discussion, which also featured Chike Aguh, Brian Napack, Andy Trainor, and Angela Siefer. Here is some of what we heard…

Baird describes a “digital blind spot” in the workforce—the many jobs that seem non-technical, but still require digital skills. “While the popular narratives focus on the most digitized jobs—the software engineers, data scientists, and the jobs that appear to be at risk for automation—what was missed in the blind spot is that nearly every job is experiencing increased automation,” according to Baird.

“Remote work and automation have accelerated the need for digital skills and is exacerbating inequality, because the people who lack the requisite skills tend to be, significantly, people of color and low-income people.”

She notes, “We haven’t invented the adult education system that will take the almost 70 percent of Americans who don’t have a four-year bachelor’s degree and get them to the rapid and portable skills training that’s needed.”

Digital Skills: A New Pillar of the American Dream

Chike Aguh is senior principal, Future of Work lead, at the McChrystal Group and a senior advisor to Digital US, 25 diverse organizations including employers, service providers, policymakers, philanthropists, and other stakeholders collaborating to close digital skills gaps.

He explains Digital US’ work by saying no one organization or sector can single-handedly tackle the issue of affording access to technology and skills training to everyone. The goal is to “create a system—akin to the high school system—to get every American worker the digital skills, and the digital resilience to get new skills, that they need and deserve in this 21st century economy. That is our moon shot.”

Aguh stresses that “Every job is a technology job. When you look at the 32 million workers who don’t have basic digital literacy, can’t use the computer, only 10 percent of them have access to the training to get those skills. So, you have folks who have been on the wrong side of inequalities for a long time and are now in an even worse spot because of our increasing reliance on technology.”

“When we think, going forward, about how we get it right for more families, digital skills, digital resilience have to be a part of that. I would argue that they are going to be the pillar of the 21st Century American Dream,” he adds.

The Labor Market Equation is Broken

“There are massive numbers of people who simply are not on that train and we need to get them on a train,” says Brian Napack, CEO and president of Wiley, a global research and learning company, as well as one of the world’s largest publishers. He agrees that it is “going to be hard to make those changes and we’re going to have to work together.”

Napack argues that the “labor market equation is broken. Far too many unemployed people. Far too many open jobs. Far too many schools thinking they’re doing a great job of preparing people for the world. Far too many corporations unable to find the labor that they need to succeed, despite the fact that there are many more than enough willing and able people to fill those jobs.”

Schools and companies need to speak the same language, according to Napack. “We don’t yet speak a common language around the skills people need to succeed in the workforce today, tomorrow and the next day. One thing we never really talked about effectively is what are the common standards for digital literacy and digital success?”

An Employer’s Role in Digital Upskilling

Walmart has been focused on digital skills and literacy for a number of years, says Andy Trainor, vice president of U.S. Learning for Walmart. “We built out a training network probably four or five years ago across the United States with 200 locations that trained our associates on the skills they needed to do their job. We immediately went to a very digital experience,” he explains.

“There were no manuals. There were no PowerPoints. Everything was on iPads. They got all their content virtually through a cloud system where they could take notes. What we found out Day One was we had to spend probably two hours every class teaching people how to use an iPad, which was not something we expected. We quickly understood the need for digital literacy in the workplace.”

Trainor notes that because technology changes so quickly, some associates have to learn how to be comfortable with feeling uncomfortable as they learn new skills. He says that Walmart wants to teach transferable skills.

“We make sure the skills we’re focused on digitally apply to all areas of business, not just Walmart. We’d like them to stay with Walmart, but the reality is some won’t. We still want them to be ready for the workplace, regardless of where they go. So we’re really focused on digital skills, empathy, customer service, and really they’re all tied together,” according to Trainor.

Angela Siefer, executive director of National Digital Inclusion Alliance (NDIA), commends Trainor and Walmart’s efforts to promote learning, but argues that not all workers have that kind of support. “In the U.S., we don’t have a lot of top-down support. We don’t have a lot of employers doing this.”

NDIA has turned to grassroots solutions. “Our affiliates are all independently-owned operators. They tend to be a community-based organizations, housing authorities, local governments, and libraries. They are addressing digital equity and digital inclusion.”

Siefer says there are several issues to be addressed, including access to home broadband, devices, and digital literacy. There are at least 14.5 million urban American households without internet access at home, according to U.S.census data released in October. That doesn’t take into account an estimated 3.5 million more people without access in rural areas.

Breaking Down the Barriers

Baird adds, “I hope we keep in mind that we should not be working to return to a pre-pandemic world. Instead, our goal should be to enable all Americans access to gain the digital skills needed to succeed in the labor market. And rebuild the country around the recognition and honoring of these skills so that we bring everyone into the workforce with equal dignity.”

The Digital Skills webinar is part of the GSV Ventures Dawn of the Age of Digital Learning virtual summit series. 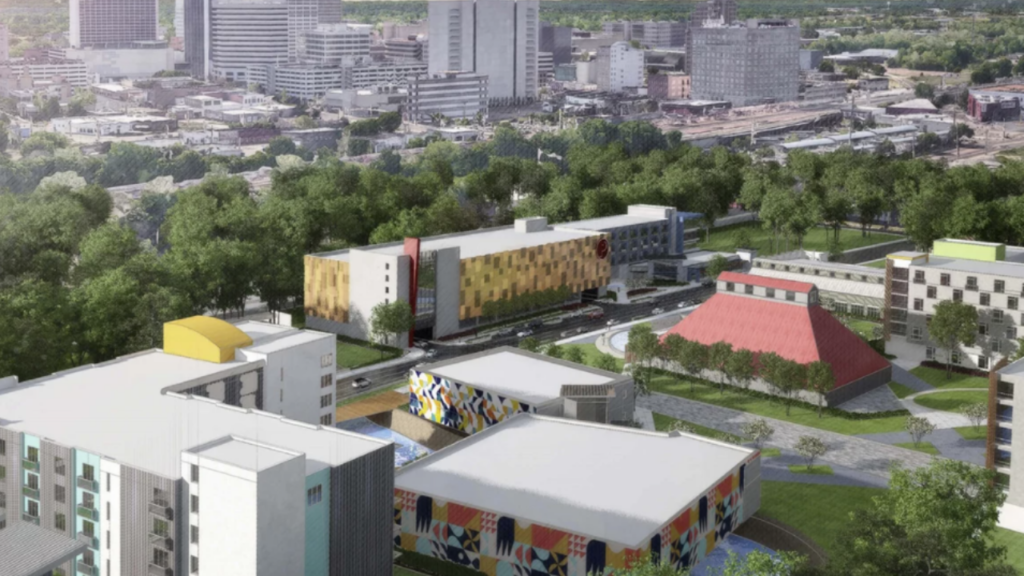 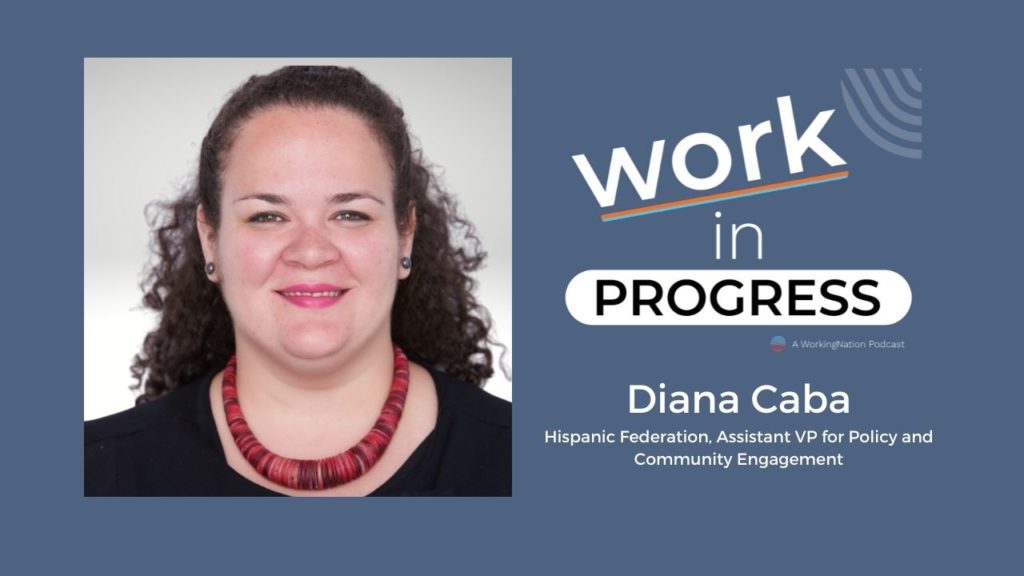 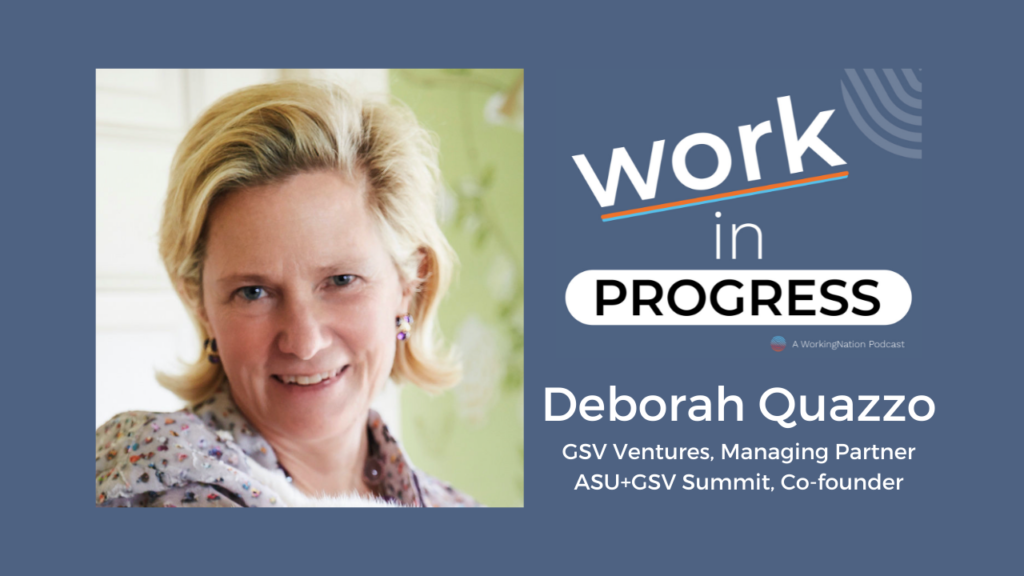