The Shaping the Future Workforce series looks at innovative business solutions for developing skilled workers for 21st-century jobs. Note: This article was originally published on Nov. 10, 2017.

“It has always been important to me that the people I work with represent the community we serve, and veterans are a large part of every community,” says Debra Plousha Moore, Chief of Staff at Carolinas HealthCare System.

For Moore, the fact that veterans were underrepresented within Carolinas Healthcare System went against all that she and her husband – a retired U.S. Air Force Colonel – have dedicated their adult lives to.

“We’ve been dedicated to the service. We have always been committed to military families. When [veterans] retire, we need to let them contribute to communities, and to the workplace,” Moore says.

Moore’s personal commitment to aggressively hiring vets became a company mission. “I was looking to make sure we were making a commitment beyond the annual Veterans Breakfast,” she explains.

So, she had Carolinas HealthCare System, one of the nation’s largest most-integrated not-for-profit health care organizations, take a hard look at how its past interactions with veteran job-seekers. “Understanding our strengths and weaknesses was going to define the success or failure of the program. One of our shortcomings was not having the ability to translate skills,” says Moore.

The company realized that it had to revamp the first contact it had with job-seekers who had served in the military–the job interview.

Military job titles can be oblique and vague when written into a CV or a resume. Moore says the company discovered that its hiring managers were having a hard time getting to the heart of what an interviewee’s skills were. They weren’t asking the right questions.

“If someone comes in, and they say they’re a logistician, I may not, as the HR leader, understand what that means. And so, I’ve got to be able to ask that second question, as the employer,” Moore says, “Sometimes it takes a series of questions to translate the skills from a military job title into skills the private sector is familiar with. Moving supplies happens in every organization. It happens at an Air Force base, an Army base. It happens in school systems. It happens at Carolinas HealthCare System.”

“I knew I needed to hire an incredible veteran, to make sure that we were able to translate vocabulary, to teach us the language, and to help us understand the entire network of being effective,” recalls Moore. It was the veteran community itself that came to her help.

“One of our physicians, Dr. David Callaway (a retired U.S. Navy Lt. Commander), said to me, ‘I know, exactly, who can do this job.’ Then, I got a call from another veteran colleague who said “I can, if you need it, be a reference for this person,’” says Moore.

Those veterans lead her to Aaron Harper, whom she hired as Manager of Military and Veterans’ Affairs. Harper, a retired U.S. Marine Corps sergeant, is a role model, says Moore, “of the specific characteristics that make veterans valuable in the workplace. And he has done a remarkable job of helping veterans be hired and having a sense of meaningful work.”

The company has more than 36,000 employees, with 1,600 them military veterans. Two years ago, five-and-half percent of the company’s new hires were vets and the company’s goal is to increase that number to seven percent.

Moore is confident that it won’t be difficult, because of veterans like Harper, who come out of the military with the skills that employers are looking for.

“They’re critical thinkers. They can adapt. They lead with enthusiasm. They are responsive to any request, and any setting. Those are skills that are very valuable to us in a healthcare community. Patients, families, our work setting. It’s constant movement.” A veteran’s strong work ethic and skill-set make the entire company work better as a team,” according to Moore. “It is something that is contagious, that ‘can do’ attitude, that ability to adapt. Those are leadership traits.”

Integrating more veterans into Carolinas HealthCare System serves a higher purpose for Moore – honoring the men and women who have served this country.

“One of my personal goals is that every teammate understands, and values, the contribution of our military and what veterans add to the workforce. It is about providing them an opportunity to continue to serve at the highest level,” says Moore. “It’s about respecting service and respecting sacrifice.”

Join the Conversation: Tell us your thoughts on Carolinas HealthCare System’s mission to help veterans transition into civilian medical careers on our Facebook page. 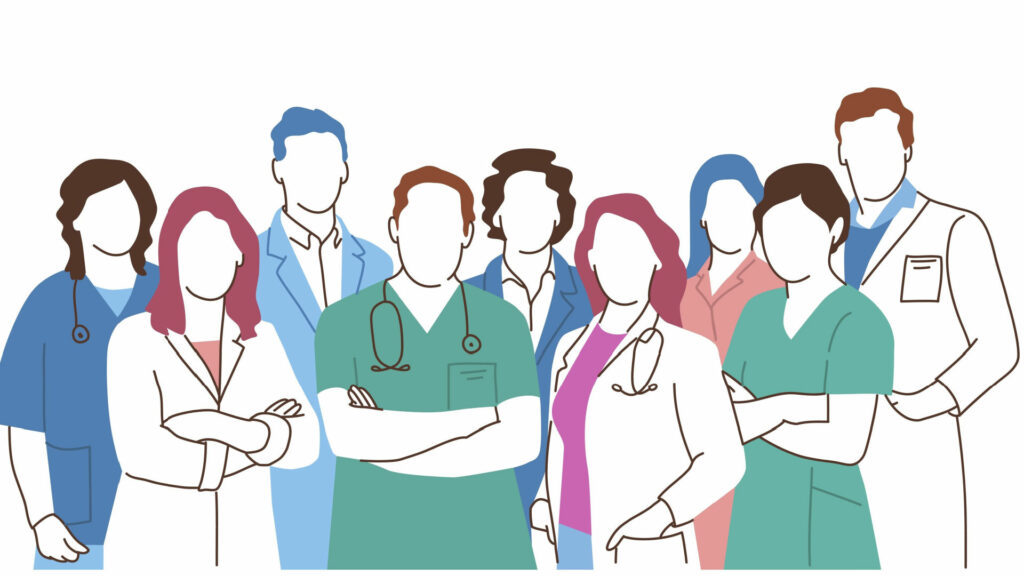