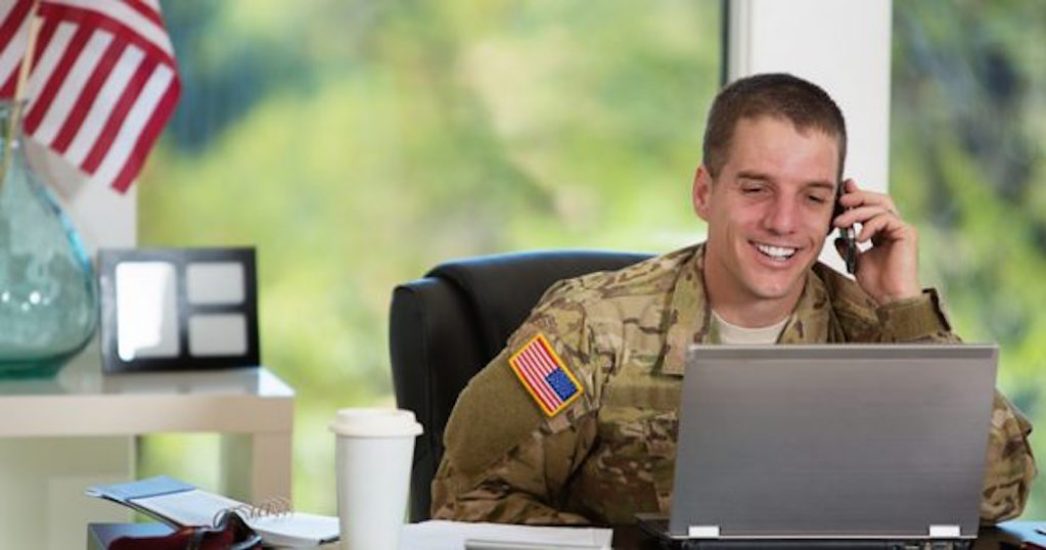 The United States military has a not-so-secret weapon: the citizen-soldiers who make up the U.S. National Guard and the U.S. Army Reserve. Meanwhile, Guardsmen and Reservists have a secret weapon of their own: the American employers who provide the flexibility and support necessary to make their service possible.

On Aug. 26, the Department of Defense honored 15 companies, including Carolinas HealthCare System, with the Secretary of Defense Employer Support Freedom Award for providing outstanding support to employees serving in the Guard and Reserve. The award, which was presented in a ceremony at the Pentagon, is the highest recognition given by the U.S. government for support of National Guardsmen and Army reservists. Carolinas is committed to exploring solutions to avoid an unemployment crisis brought on by automation, demographics, globalization, and inadequate education.

“Thanks to employers like the ones we’re recognizing today, our Guardsmen and [Army] reservists can have the flexibility and the training they need to accomplish their mission,” Secretary of Defense Ash Carter said at the ceremony. “They’re able to have the time off before and after deployment, and they have a job to go back to when they come home.” [See video below for a portion of Secretary Carter’s speech at the Pentagon.]

Over the last few weeks, some 3,500 Guardsmen have been deployed to Louisiana to assist in rescue operations and provide water, food, sandbags and whatever else is needed in the catastrophic flooding, Carter noted. Over the last 15 years, 770,000 troops from the Guard and Reserve have served in Afghanistan and Iraq, and many of them performed multiple tours.

When they are called up for duty, the men and women who serve as volunteers in the U.S. National Guard and the U.S. Army Reserve need to know that their jobs will be waiting for them back home, or that they will receive assistance finding new ones. It also helps to know that their employers aren’t just tolerating their service — they champion it.

That’s exactly how Lt. Col. Sylvia Wray, a nurse manager at Carolinas HealthCare System Kings Mountain and a flight nurse for the North Carolina Air National Guard, felt when she nominated Carolinas for the award.

“In the National Guard, we talk quite a bit about how the Guard functions as one big family. We take care of each other,” Wray wrote in her nomination. “That same feeling pretty much sums up the way that Carolinas HealthCare System takes care of their employees. Two main themes that are always present in the system are ‘one team’ and ‘caring.’”

Aaron Harper, manager of military and veterans’ affairs at Carolinas HealthCare, notes that the company is very familiar with military deployments and veterans’ issues because many of its hospitals are located close to military bases in North Carolina and South Carolina. Wray’s path to submitting a nomination began last summer, when she was about to deploy to Qatar for approximately six months and was required to submit a coverage plan with her manager.

“Her manager’s first question was: How is your family going to handle this? What can we do to help?” Harper said. “That’s what started this whole process. It wasn’t just an employee interaction or leave of absence, it was how can we help your family?”

Every time an employee gets notified that either he or she or a spouse will be deployed, Harper notes, the company sends out a letter signed by Carolinas Executive Vice President and Chief Human Resources Officer Debra Plousha Moore letting the employee know that the company is thinking of them and wishes them well. A gift basket and gift cards often accompany the letter.

The company’s commitment goes far beyond thoughtful notes, however. Out of 62,000 employees in the Carolinas system, some 1,600 serve in the military or are veterans, and the company is doing everything it can to make sure that number increases. In 2015, 5.5 percent of the company’s new hires were military veterans, but the company has set a goal of increasing that number to 7 percent, Harper said. He and his colleagues meet frequently with the company’s talent acquisition team to talk up the “value of the veteran.” Every time a member of the military or the spouse of someone in the military applies to the company, Harper and his team do what they can to ensure the application comes before a hiring leader.

“They’re used to operating in a very precise, structured environment and paying attention to details,” Harper said. “In a health care setting, everything has to be by the books. Everything has to follow the exact rules, or people could be hurt, injured or killed. So, it’s natural to pull in military folks whether they have health care experience or not.”

By recognizing the innate skills that veterans and members of the military can bring to an organization, Carolinas serves as a model for other employers. Working to train people with different, but potentially relevant skill sets will be key to fighting structural unemployment on an ongoing basis in the future.