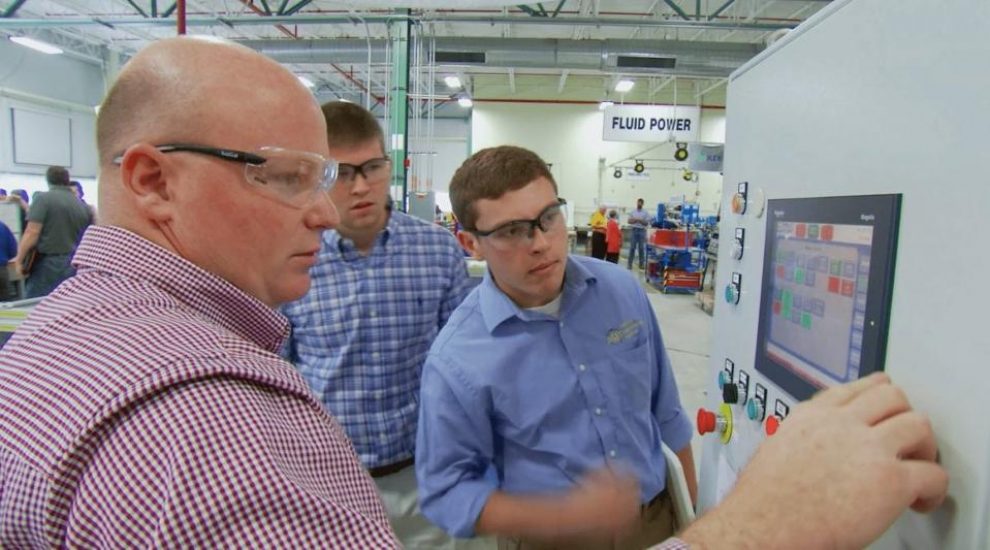 The changing nature of work and how smart companies are adapting

This piece was originally published on Grads of LifeVoice.

Last year my mom and dad retired after 39 and 41 years of teaching. My mom taught high school health and physical education for all 39 while my dad taught 5th grade for all 41, both at the same school corporation…the entire time. To go a step further, my dad never changed physical classrooms once over the course of his career. He drove the same route to work every morning, taught in the same classroom and worked the same hours until he dusted off the chalk board for the last time in June 2016.

I, on the other hand, have had three different full-time entertainment-sector jobs since graduating from Indiana University in 2011. I’ve also intermittently worked several temp, bartending and serving jobs along the way. I have sat in a cubicle, in suit-and-tie, as a part of corporate America. I’ve worked freelance from home. I’ve driven to multiple offices, at vastly different hours of the day. Oftentimes, I work on my phone from the airport or my laptop sitting at whatever nearby coffee shop lets me purchase their Wi-Fi password for the cost of an Americano.

Based on the tiny sample of career statistics inside my own family tree, it’s safe to say that compared to my parents, the working world is much different for my generation. Of course, it’s entirely possible that my path is paved by a wild, windy course because of the field of work I’ve chosen. Or perhaps I’m just part of the norm. A study released by LinkedIn last year found that workers under the age of 32 change jobs an average of four times in their first ten years out of college [1]. I guess that doesn’t make me such a rare bird after all. But while I don’t mind the idea of bouncing from one job to the next, there are many others that shudder at the notion of multiple jobs over the span of their life.

So in today’s society, how do the workers who desire career stability find themselves on a path less like mine and more like my parents? Well, through a bit of luck and the grace of some awesome people I’ve been positioned to help answer that question.

In 2015, I started a producing career at WorkingNation, which is a Los Angeles based not-for-profit organization focused on the future of employment in America. Part of our mission is to utilize multiple forms of content to feature companies, organizations and individuals around the country that are putting in hard work to prepare people from all walks of life for meaningful, secure jobs.

In line with our mission, we produced a series of short films titled “FutureWork” which was directed by the Academy Award winning filmmaker Barbara Kopple. The four films investigate the dramatic shifts currently impacting the U.S. workforce while highlighting solutions that are training workers for the changing American economy. One film in particular – “Model of the Future” – focuses on manufacturing. Due to factors like globalization and technological advancements, manufacturing jobs, which once were the backbone of the American middle class, have steadily diminished since the ‘60’s. In fact, in 1960 about one-in-four American workers had a job in manufacturing vs. fewer than one-in-ten today[2]. This, however, is old news to Americans as it is safe to say that the general public is familiar with the decline of manufacturing jobs in the U.S.

What some people might not know is that over the next ten years over 2 million manufacturing jobs will go unfilled in the U.S. What? How can that be? Simple answer, folks. It’s called the Skills Gap, which is a term that refers to a mismatch of supply and demand in the labor market – there aren’t enough workers with the appropriate skills to fill the available jobs that require those skills. There is a caveat inside the manufacturing world which is that these unfilled jobs aren’t your traditional stand-on-a-line-to-punch-move-and-cut-parts-in-a-factory gigs but rather advanced manufacturing jobs that require very specific skills only achievable through extensive training.

In a partnership with Bluegrass Community & Technical College, the Toyota plant in Georgetown, KY developed an unprecedented, two-year Advanced Manufacturing Program that trains students, providing the skills needed to fill those vacant jobs. The program allows the students to study and simultaneously work in that exact same field of study by attending school two days a week and working with their employer the remaining three days a week. While in the program, the students earn enough money from their job, allowing them to graduate debt free. What’s even better is that oftentimes students continue their in-school job with the same company after graduation, so they waltz right into a well-paying career at a company they’re already familiar with.

On top of that, the student’s employer picks every single course they take in school, so the program makes the most of the student’s time while they receive the highest priority training for the company. Win-win. And it gets better – this innovative program has achieved so much success that over 100 other companies have joined Toyota in their partnership.

But the best part of all this is that even though you might not live in Kentucky or have access to Toyota’s Advanced Manufacturing program there are hundreds of other remarkable programs, organization and companies across the country that are hitting the pavement to help all Americans, from every generation and demographic, find something we all aspire for – a fulfilling, fruitful career.

Visit us at WorkingNation to discover and learn more about organizations such as Year Up, America’s Promise Alliance and Hope Street Group. The future of work is changing. Are you ready?