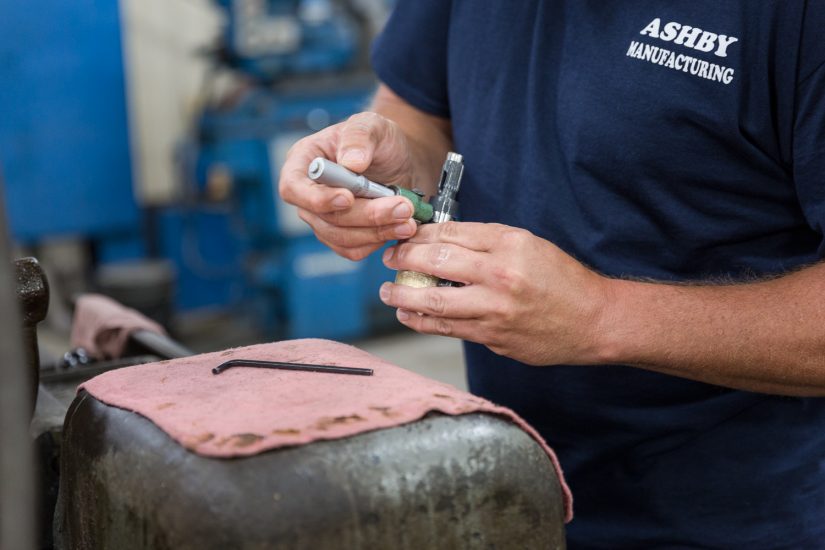 Employers added 148,000 jobs in December, fewer than expected, but still a strong showing. For all oflast year, 2.1 million workers were added to the payrolls, compared to 2.2 million in 2016, according to the latest Bureau of Labor Statistics employment report. Job growth continued for the 87th straight month, an unprecedented record. The jobless rate remained at 4.1 percent for the third month in a row. Paychecks got modestly fatter last year, with average hourly wages growing 2.5 percent year over year.

2017 was a very good year for American manufacturing as the global economy continues an impressive run. More than 196,000 people were hired in the sector in 2017, the best in three years and coming on the heels of a small loss in jobs in 2016.

Health care payrolls were up a solid 31,000 in December, bringing the yearly total to about 300,000. This marks a slowing in health care hiring from the previous year, when 379,000 jobs were added. There also were monthly gains in construction (30,000) and business and professional services (19,000).

The retail industry showed a surprising decline in hiring in retail stores—27,000 jobs lost in the month. Given that it was the holiday shopping season, economists are suggesting that that number was somehow skewed and could be revised with the next jobs report in February.

Despite the overall payroll gains last year, the labor force participation rate was unmoved at 62.7 percent, the same level as December 2016. This means that there are still millions of people on the sidelines. “A rise in retirements is holding down labor force participation among older baby boomers,” says economist Diane Swonk of DS Economics in Chicago. “The hope is that we can reengage more prime-age workers.”

Economists and business leaders pay a lot of attention to the so-called U-6 number in the report. This is the total unemployed, plus those marginally-attached to the labor force and those working part-time for economic reasons. It was up in December to 8.1 percent from November’s 8 percent. Still it is lower than earlier in the year when it hit 9.1 percent.

Looking closer at the numbers, we see there were 1.6 million Americans marginally attached to the labor force. The Bureau of Labor Statistics defines them as not in the labor force, not available for work, or not looking for work. 474,000 were counted as discouraged workers, those who weren’t looking because they believe there are no available jobs.

The balance of those marginally-attached weren’t looking for work because of reasons such as they’re students or were taking care of family members. “Unemployed women spend much of their time caring for children and the elderly, which can keep them out of the labor force. The recent dip in participation by women is a concern; the lag in labor force participation for prime-age women is higher now than it is in Japan,” according to Swonk.