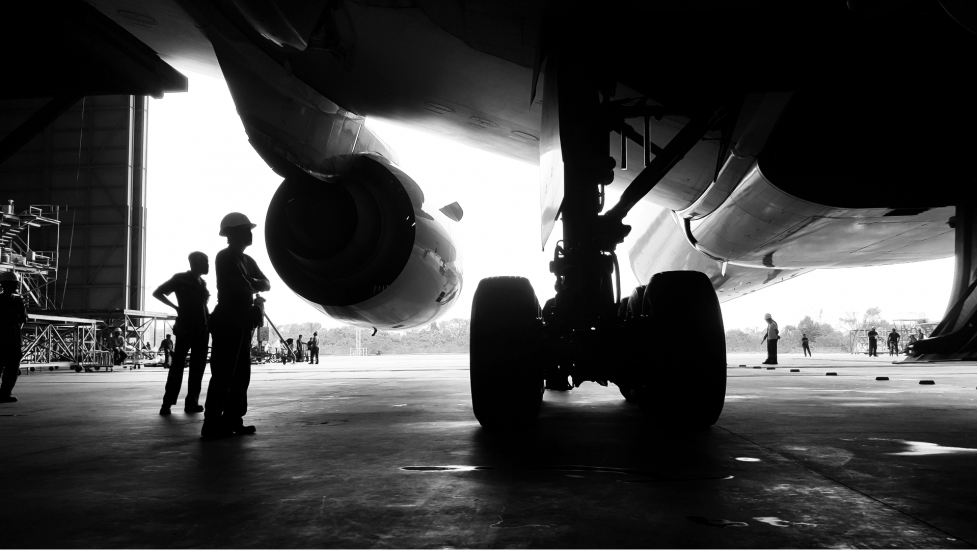 Transitioning out of the military can be a challenge as great as military service itself. There is much to navigate as service members try to adapt their military skills to a civilian career. However, there are programs designed to take advantage of those skills and build upon them to provide a good job after one’s service career has ended.

South Seattle College’s Aviation Maintenance Airframe and Powerplant (A&P) certificate program is one of them. It helps fast-track military aircraft mechanics and puts them in a position to take the exam to become a FAA-certified mechanic by the time they leave the service.

Creating a Pipeline of Local Talent

The program was formed six years ago in response to a drawdown of troops. The goals were to reduce veteran unemployment and meet the challenges of replacing a graying civilian airline workforce, which takes both experience and time.

The program, which normally takes two years, is open to service personnel with five years of aviation mechanic experience in the military who are in their final 180 days of service. If approved by the military, their enrollment in the program becomes their full-time job. Two cohorts per year are offered with a maximum of 18 students each.

“The candidates have to be approved by the FAA, and so there is some sort of expectation of requirements prior to them being able to start the cohort,” PACMTN’s Director of Workforce Services Corinne Watts tells WorkingNation.

While hands-on training is a key component of the program, much of the instruction is done online. This was implemented pre-COVID because of logistics.

“The parts of the course which are mainly theory that’s the area, in our experience, the military mechanics lack,” according to Ellen Gordon, Program Administrator with South Seattle College. “So, that can be taught online. It’s hard because they’re in class for three to five hours a day depending on the schedule and how much work is assigned to them and that their skill level is going into the course.”

“Then probably an equal amount of time they go up to our main campus. At South we’ve gone through and continue to go through very strict COVID-19 protocols. And so, because of the travel we have a very long day where they’ll do two shifts of learning. But they’re mechanics and they’re military so they’re used to that,” explains Gordon.

Another key component of the program is the career skills instruction which is provided by the TCC. It includes resume writing, interviewing and job readiness training. Pre-COVID, it also included field trips to potential employers like Boeing, Alaska Airlines, Aviation Technical Services and Columbia Helicopters, according to Michele Winn, Training and Development Manager with the TCC.

“Many of the participants enlisted out of high school and are non-commissioned officers. They may not have had interviews or a resume before entering the military. This may be their first foray into the working world. We bridge that gap by bringing them to the employers.”

One thing that has been tabled because of COVID is the interview day held during the last week of the cohort. Employers would come to the college and conduct round robin-style interviews with students. Winn says because COVID has hit the transportation industry hard, there aren’t the job openings this year that there have been in the past. This is the first cohort in which the interview day will not take place.

Program Leads to a Good Job and Career

Prior to COVID, the program had a placement rate above 80%. Graduates are in line to make as much as $30 per hour depending upon where they are hired.

“Like medicine, if you choose to practice being an aircraft mechanic at a small airport or a small shop that’s repairing passenger or corporate planes outside of an urban area, that is linked to the cost of living in that area,” says Gordon. “But what I see if they get hired, they’ll be with a good company and if it’s a commercial airline it will be $60,000-$70,000 a year to start with full benefits package and overtime. So, they do really well.”

Kenneth Childs, 32, is a graduate of the A&P program.

“I kind of always liked to tinker on things. I had a quad growing up and originally my best friend and went into the Marines to be a jet mechanic. I kind of was on the same path and I decided to go Army and then ended up just going with helicopters, just because I could see myself if I didn’t stay in the army for full 20 years, it was setting me up better for when I got out, when it came to like a job and a career.”

Childs spent nine years as an Army helicopter mechanic and was planning for his transition to civilian life when he heard about the program through word of mouth.

“I had talked to a few guys I’d been getting out with and they had taken it as well. And then I just know JBLM does a really good job of setting people up for when they get out. I’ve never seen another base that had a program this extensive. They’re super easy to work with, and a lot of the people they always kind of follow up on you. I’ve had, I think, three different people follow up with me after I was out just to see how I was doing.”

Childs says the career skills portion of the program was especially valuable.

“Oh yeah, it helped me a lot. I already had a resume built, but they kind of just made it twice as better as it was when I first started. I mean, we worked on it and I felt after I was done with it and tinkered with it enough and had them go over it with me, I felt pretty confident.

“And we even do the interview training. That was nice too because by the time it came to me to actually interview for some jobs I wasn’t really, as nervous as I usually would be.”