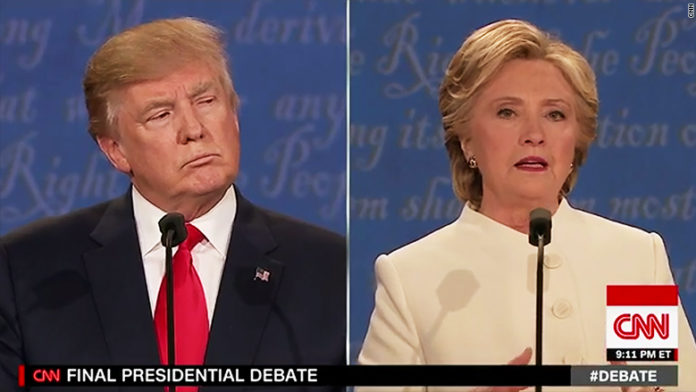 LAS VEGAS — What started as a cordial debate turned predictably caustic in Las Vegas on Wednesday night, and with that, probably all hope that Donald Trump and Hillary Clinton would have an opportunity to have a substantive discussion about the number one issue voters are interested in hearing about.

Our expectations were high after the White House released reports on the research and development and the future of artificial intelligence. And President Obama spoke extensively on how this relates to the future of work. But for the third time, the displacement of jobs and the state of unemployment as our workforce transitions to accommodate rapidly advancing technology were barely mentioned, in the final Presidential Debate of 2016.

So when moderator Chris Wallace asked the candidates to, “please explain to me why you believe that your plan will create more jobs and growth for this country and your opponent’s plan will not?” the stage was set.

Clinton went first and she touched on the skills gap crisis facing companies and our work force today saying, “I feel strongly that we have to have an education system that starts with preschool and goes through college. That’s why I want more technical education in high schools and in community colleges, real apprenticeships to prepare young people for the jobs of the future. One of the ways you create jobs is by investing in people. So I do have investments, investments in new jobs, investments in education, skill training, and the opportunities for people to get ahead and stay ahead. That’s the kind of approach that will work.”

And that is exactly the approach WorkingNation partner Year Up is taking:

But is that even realistic?

Trump is missing the bigger issue as pointed out in The New York Times: “According to the Bureau of Labor Statistics, there were 64,000 steelworkers in America last year, and 820,000 home health aides. Next year, there will be fewer steelworkers and still more home health aides, as baby boomers fade into old age. Soon, we will be living in the United States of Home Health Aides, yet the candidates keep talking about steelworkers.”

Companies and communities need to work together to improve the conditions of current workers and re-train people to do the jobs needed now and in the future. There’s no better example than the work being done for coal miners by organizations like AmeriCorps:

What remains clear is that the problem of structural unemployment isn’t going away. So there’s plenty of work to do for whoever becomes the next President of the United States. 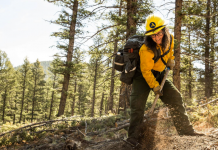 Survey: Americans say happy days are here – and soon to...

The urgent demand for cybersecurity experts