Getting smart in the innovation age of AI

Tom Vander Ark has spent the last few years studying the future of work, trying to understand how technology is changing society and, therefore, our educational needs. When Vander Ark speaks, many in the education ecosystem listen. He’s an advocate for, and advisor to, dozens of academic initiatives, institutions, foundations, and companies through his learning design firm Getting Smart. In addition to working directly with educators, he’s shared his expertise and worldview in hundreds of articles and blog posts. These days, he’s thinking, writing, and talking a lot about artificial intelligence and project-based learning.

“AI is the most important invention and change in the world right now,” says Vander Ark, who calls the times we’re living in right now as the “innovation age.” “My career started in the information age in which we learned how to use computers to improve analytics around the problems we are interested in. This new age is really driven by code that learns, that gets smarter, the more data that we give it. And it’s quietly changing every sector of the economy.”

He’s got very strong and very mixed feelings about the implications of these AI innovations. “On one hand, young people that understand artificial intelligence are gonna help solve many of the big problems that we [as a society] face. They’re gonna produce tremendous wealth. They’re going to solve many of the health issues that we face. They’re gonna attack climate change. So monster contributions will come from young people harnessing AI. And I want schools to be alive with that sense of possibility.”

On the flip side, Vander Ark calls AI “the most important existential threat that we face” because of what he sees as human biases inherent in the data that artificial intelligence is ingesting. “It’s incorporating all the biases that you and I have, and it’s helping people make decisions about who goes to jail, who gets a loan, who gets a job. And so all of these things are incorporating biases from historical data sets.”

Tom Vander Ark, CEO of Getting Smart, speaks with WorkingNation at ASU GSV Summit 2019 about AI being behind every single sector of life and the need to ask …

Redefining Skills for the Future

As a result, he says, it’s also changing what young people need to know and be able to do. “It’s emphasizing things like entrepreneurship, design skills, and also collaboration. The other implication of AI is that it’s gonna help us build smarter schools that we can put to work — adaptive learning that meets a kid right where they are, that improves data analytics so that we have early warning signs that a student is in trouble and needs social support or academic support. It’s gonna change how we source supports in our community and match resources with kids and families.”

Vander Ark says right now, when we look at school, we see routine and compliance, repetitive schedules, daily worksheets, and going from one disconnected class to another. “We’ve come to the conclusion that the one thing that’s going to be part of every young person’s life in the future is novelty and complexity, new stuff and complicated stuff, both at work and in their personal lives. We think to succeed in a future full of novelty and complexity, we need to help young people build the skills to become those entrepreneurs, designers, and collaborators.”

Getting Smarter with High Quality Project Based Learning

He argues that building the needed skills can only happen through extended challenges and he believes high quality, project-based learning is the answer. He is not alone. Getting Smart recently partnered with PBLWorks, Google, and a dozen other organizations to set up hqpbl.org, a site to promote the concept and to try to reach a consensus on what High Quality Project Based Learning should look like.

“It suggests extended, integrated community-connected challenges that often result in a big public product of some sort, a report, or a presentation. And we think those extended challenges really help young people build design skills and much-needed collaboration skills. It builds persistence and initiative, the sort of agency that kids will need to be successful in a rapidly changing future,” explains Vander Ark.

As an example, he points to projects at the NuVu Studio in Cambridge, Massachusetts, a six-year-old project-based innovation school serving middle schoolers. Each studio runs for two weeks and is made up of ten students and a coach who presents them with an ambiguous real-world issue with an open-ended problem. The students, with guidance from the coach and access to the community, try to develop a method to address the issue.

NuVu was founded by MIT PhDs and graduates and is located close to the MIT campus. Data analysis is part of every project that they do. “I think this is so important that every big problem that young people become interested in, whether it’s water quality or air quality or health or fitness behind, every one of those is a big dataset.”

This is how education needs to evolve, according to Vander Ark. “I love the schools that infuse this sort of computational thinking where they ask students about a problem they care about. Where could you get data on that? And how could you collect data? How could we put those together? And then what kinds of smart tools could we aim at that data set to draw an inference that might allow you to make new contributions to your community?”

Vander Ark is excited about the future of education and how it is going to help transform learning to prepare young people for acquiring the skills they need to compete in the always-changing economy. “Secondary schools, ten years from now, are gonna be much different. They’ll be much more distributed in the community. Kids are gonna be able to do much more work-based learning as a result of autonomous transportation and swarm transportation. So it’s changing not only what kids need to know but beginning to transform what learning experiences look like.”

And that brings him back to artificial intelligence. “It’s super important that young people understand that AI is now behind every single sector of life. And they need to be asking about the AI that helped to make a decision about their future. So it’s not just a tech issue, it’s a social studies issue. It’s an ethics issue. It’s an existential issue.”

Tom Vander Ark, CEO of Getting Smart, was one of many education leaders we interviewed at ASU GSV X Summit in San Diego in April. You can hear pieces of those #WorkingNationOverheard interviews here. 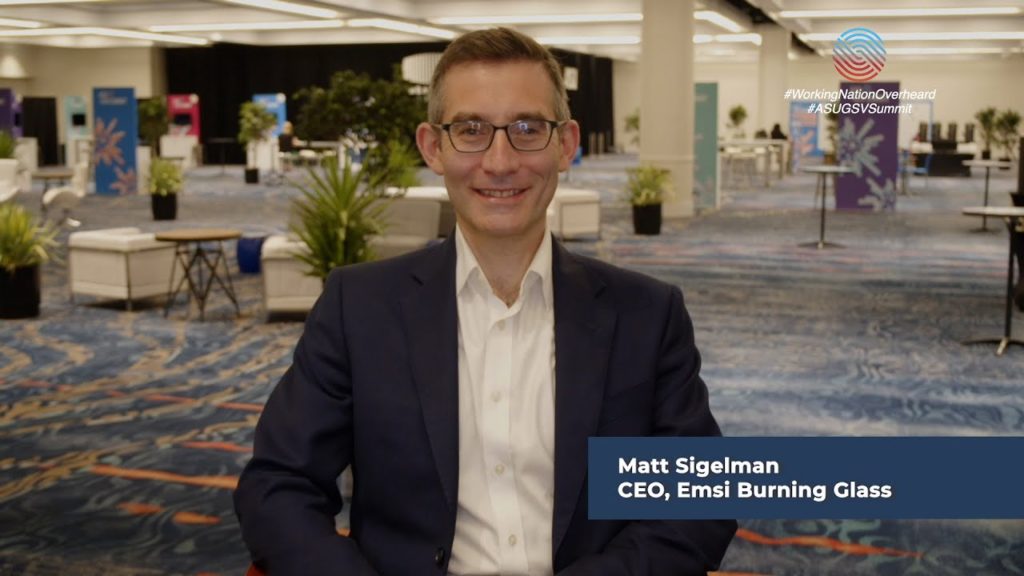 ASU+GSV Summit 2021: Matt Sigelman on the role of green jobs in the economic recovery 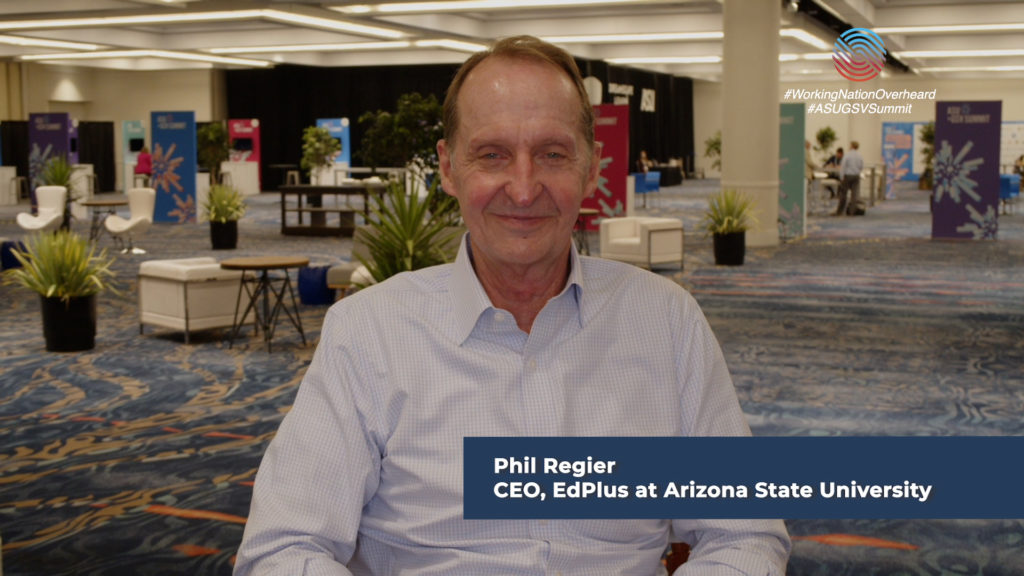 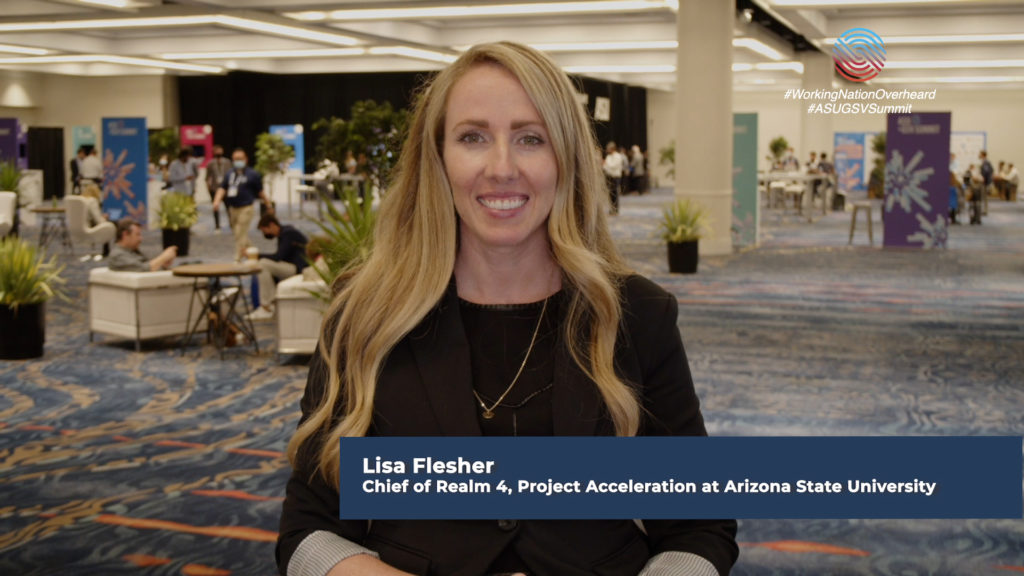 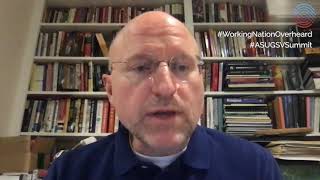 ASU+GSV: Stephen Moret on what it will take to achieve real economic recovery