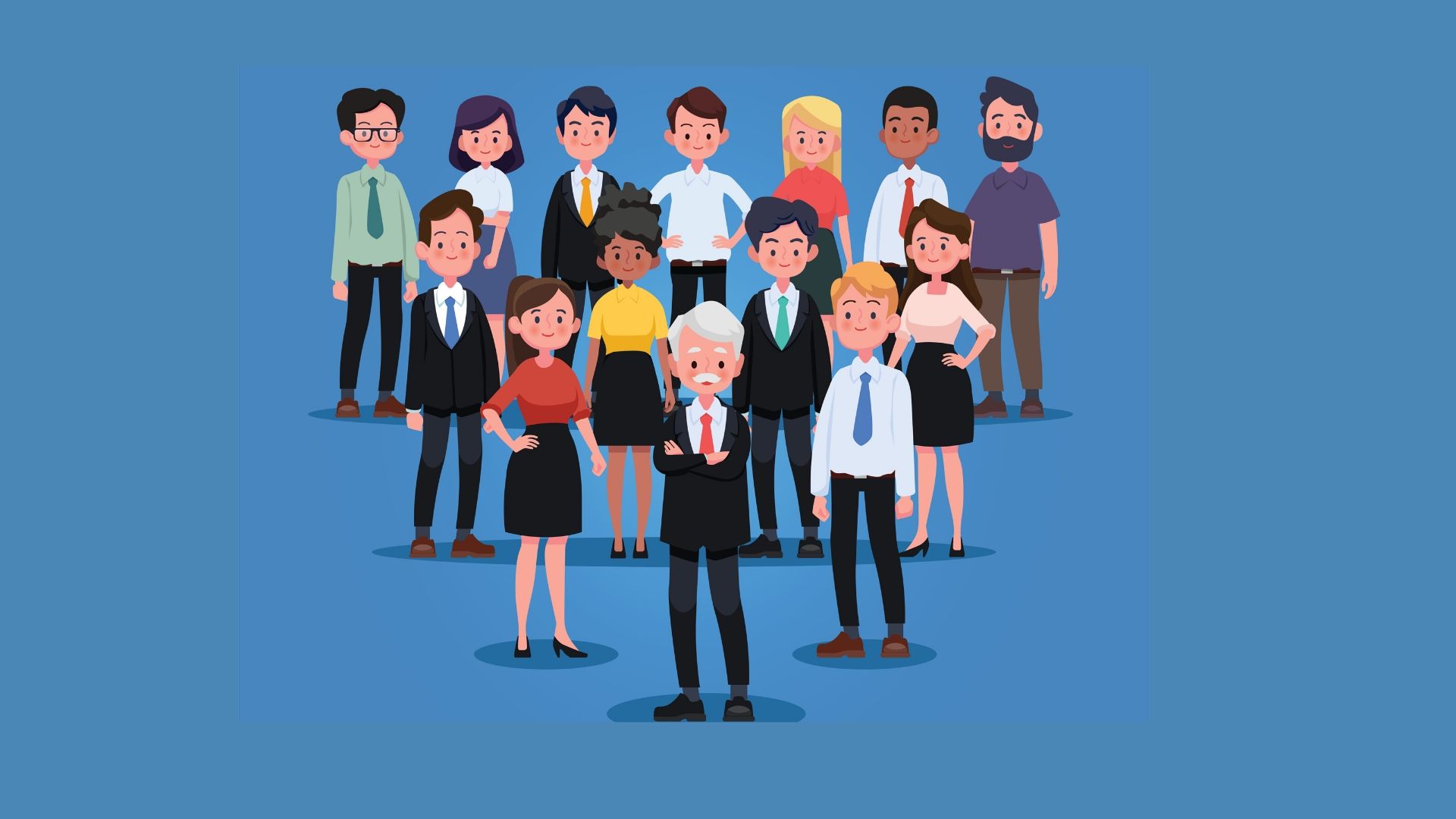 Workers 65 and older are the fastest-growing segment of the nation’s workforce. The Bureau of Labor Statistics (BLS) projects that between 2014 and 2024 the total number of workers ages 65-74 will jump by 55 percent to more than 13 million. At the same time, younger workers are entering — or trying to enter — the job market, creating workplaces that increasingly look a lot like multigenerational families.

“So many of us are working alongside, reporting to, or managing someone young enough to be our child or old enough to be our parent,” says Marci Alboher, vice president at Encore.org, which is dedicated to innovating “new ideas and models to leverage the skills and talents of experienced adults to improve communities and the world.”

But integrating older and younger workers doesn’t have to be a negative mix.

Encore.org and WorkingNation recently partnered on a roundtable discussion with innovative thinkers who say multigenerational workplaces are rich with opportunity, and that differing generations can learn a lot from each other.

Marci Alboher is a vice president at Encore.org. She is one of the nation’s leading authorities on career issues and workplace trends. Her current focus is on the power of connecting, collaborating, and innovating across the generations. A former blogger and columnist for The New York Times, her latest book is The Encore Career Handbook: How to Make a Living and a Difference in the Second Half of Life.

Alboher is regularly called upon for commentary in media outlets around the world, and she has been interviewed by countless news organizations. She serves as a mentor-editor for The OpEd Project.

Chip Conley is the hospitality maverick who helped Airbnb’s founders turn their fast-growing tech start-up into a global hospitality brand. In his New York Times best-selling book, Wisdom@Work: The Making of a Modern Elder he shares his unexpected journey at midlife — from CEO to intern — learning about technology as Airbnb’s Head of Global Hospitality and Strategy, while also mentoring CEO Brian Chesky.

Conley is the founder of the Modern Elder Academy, where a new roadmap for midlife is offered at a beautiful oceanfront campus in Baja California Sur, Mexico. He serves on the board of Encore.org and the advisory board for the Stanford Center for Longevity.

Lindsey Pollak is the leading expert on millennials and the multigenerational workplace. Pollak guides organizations and individuals to understand, attract, retain, and engage millennials and all generations in today’s workplace.

Her new book, The Remix: How to Lead and Succeed in the Multigenerational Workplace, published by HarperCollins is available now. She is a New York Times bestselling author and her keynote speaking audiences have included Citi, Estee Lauder, GE, JP Morgan, LinkedIn, PwC, Shearman & Sterling, Yale, Harvard, and Stanford. She is a graduate of Yale University.

Eunice Lin Nichols is obsessed with bringing older and younger generations together to solve society’s greatest challenges, creating a better future for all. She is vice president at Encore.org and co-chair of Generation to Generation (Gen2Gen), an initiative to mobilize adults 50+ to help young people thrive.

Nichols has been recognized as a Next Avenue Influencer in Aging and is a graduate of the Billions Institute Fellowship for Large-Scale Change. In 2019, she received the James Irvine Foundation Leadership Award for advancing innovative and effective solutions to California’s most significant issues.

The value of a multigenerational workforce

Alboher moderates the conversation which examines the importance of reshaping the workforce as we continue to live longer and work longer. Our experts weigh in on the need to recognize — and value — the work and life experience they bring to a business, mentorship, reverse mentorship, and ageism.

“We’re gonna live longer. Power seems to be moving younger in a digital society and the world is changing faster. And that collection of three things happening simultaneously has led to a growing number of people in mid-life feeling irrelevant,” says Conley.

But, he says, he’s seen firsthand how very valuable age was on teams at Airbnb. “We had a collection of people generally who are under 30, who are creating a product, a software product that was growing, and the fastest-growing demographic of Airbnb hosts in the world were hosts 50 and older. And so what we had was a mismatch. What I saw is often the team needed the voice of the customer.”

“I think a lot of people think when we talk about millennials entering the workforce, or multigenerational strategy, that we’re saying that one side is right or wrong,” according to Pollak. “I think what we’re all trying to promote is the idea that when we all collaborate together, we get better outcomes. I think any combination of perspectives always drives creativity and innovation.”

Helping each other learn

Nichols points to her own experience at Encore.org as an example of how older adults bring value to an organization. “I’m in my early forties. I supervise several staff that are in their sixties and seventies who were literally mentors to me earlier in my career. They are at a different point in their career. They definitely no longer want to be involved in administration or management. What they want is to do productive, meaningful work that engages their skills and expertise. And they love developing younger staff.”

Pollak loves the idea of reverse mentoring. “Traditional mentoring — where an older person guides and advises the younger person — is wonderful and it’s amazing and as Eunice said, we’re so fortunate to be in an environment where you have it, but when you have a youth-driven culture, when you have young people with the skillset like technology and social media, that is really valuable,” Pollak adds.

“We used to do these Tech Tip Fridays where we would challenge each other to teach each other something the other didn’t know. But you could do that around anything. You could do that around a soft skill. Are you good at some other skill?” asks Nichols. “You can find a younger or older person on your team who wants to learn those things and has something else to swap around.”

Conley adds it is important to help older workers reinvent themselves in ways that are relevant to the job market.

Ageism and age-perception remains a problem

The first front in creating better multigenerational workplaces is to get rid of ageism, what Conley calls “the last socially accepted bias in America.”

Alboher says she is often asked about ageism in the workforce, often by people who fear that they will be judged on their appearance and not by what they can contribute to the job.

“I get asked at every talk, ‘Should we do Botox? Should I color my hair? Should I lie on my resume?'” says Alboher.

Pollak agrees, saying that discussions of ageism remind her of where the topic of gender equality was 30 years ago. But she is noticing an incremental change. “Where I’m seeing the tide shifting most is in industries that are struggling to attract younger workers who frankly have no choice but to look at a more age-diverse workforce because they’re just not getting the talent.”

Alboher says 2019 is the first year there are more people over the age of 60 than under the age of 18. “And wouldn’t it be a smart move for organizations to kind of think about how to serve that different population and how to kind of take advantage of it in a way, and leverage it.”

“One of the things I’ve seen in different parts of the world, it’s happening independently, is companies are starting to ask a question on their employee surveys, like your employee satisfaction surveys,” notes Conley. “If I were to paraphrase, the question that’s being asked is ‘other than your boss, who do you turn to for advice or wisdom in the company or in the organization?'”

“It’s an early indicator of this idea of the wisdom worker. The idea that there’s somebody in the organization whose been trained, and in essence helped to actually know how do you go in and use wisdom as your mastery, as your superpower to help solve problems. I think we’re going to see more of that.”

A multigenerational workforce is a stronger workforce 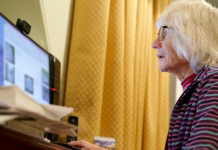 Colorado working to break down age barriers in the workforce 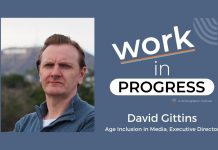 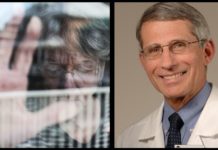 Vigorous or vulnerable? The truth about aging in this time of crisis