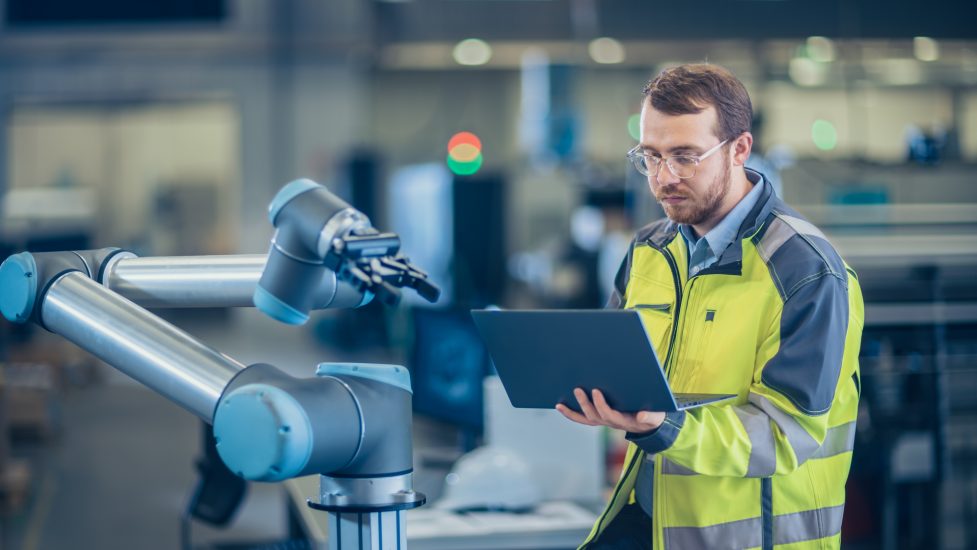 It’s not about the future of work, but the work of the future

“We need to prepare people for human work. The work that only humans can do in this era of technology and technology-mediated living and learning. The reality is that automation and AI are really changing how we work and live. And now COVID has really accelerated that process,” says Jamie Merisotis, president and CEO of Lumina Foundation.

WorkingNation listened in during Tuesday’s virtual launch of Merisotis’ new book Human Work in the Age of Smart Machines.

Merisotis says much discussion in recent years has centered on machines taking over jobs. “I started to feel like what we were talking about was some sort of robot zombie apocalypse. That the robots were going to come. They’re going to eat all of our jobs and that none of us would have anything to do. My view is that what we should be talking about is, not the future of work, but the work of the future. This is the work that only humans can do because it underscores our human traits and our human characteristics.”

Several panelists joined Merisotis during the virtual launch, including Francisco Marmolejo, education advisor with the Qatar Foundation. “We have the tendency to think a lot about the need to prepare people with a number of skills that are going to be needed for the future. Critical thinking, openness, flexibility, empathy, et cetera. As you know very well, a great number of those skills are acquired at an earlier age,” says Marmolejo.

“So by the time students arrive in higher education, it is too late. They need to be start preparing for that in the previous levels of education,” adds Marmolejo.

Karin Kimbrough is chief economist with LinkedIn. “We know that prosperity coming from capital markets is best when every member of the society can enjoy it and partake. But right now we know that these gaps exist,” says Kimbrough. “The most recent data suggests that the median wealth gap for whites and Asians versus Blacks and Hispanics is like five times.”

“How do we use capital markets to close those gaps?” asks Kimbrough. She says one part of the solution is access to fair lending, but she continues, “I think it also has to do with letting people get access to education and training that doesn’t indebt them for two decades to come, because that’s essentially a barrier to entry for them.”

He says with technology changing so rapidly, the workforce has to keep up with the skills race. “Otherwise you’re going to see the kinds of things that we’ve seen. Large sections of the workforce losing jobs, getting into occupations and onto islands that they kind of can’t get off of with stagnant incomes. Exactly the kind of racial gaps, geographic gaps that we’ve seen develop and get bigger.”

Kimbrough says LinkedIn is seeing “a real time look at what employers are looking for in terms of skills.” She says digital skills are in high demand, but adds employers are also seeking candidates with human skills. “We’re seeing a massive growth in demand in the job postings that we are getting for human skills. For collaboration, for having difficult conversations, for problem solving, and leadership.”

Machines are here to stay doing repetitive work, according to Kimbrough. “But humans are inherently creative. They’re intuitive, they’re empathetic. So I do think there’s opportunities to train and educate our workforce to use machines as complements. Let humans continue to be the ones that solve the tough, intuitive problems, or identify the problems that machines need to solve and let machines do the computational work.”

When asked what he would conjure if he could wave a magic wand, Goolsbee says he would give everyone an extra year of educational or skills attainment. “I actually think the impact of that on those individuals, their families, and their careers, as well as the broader society, would be extremely positive.”

“How much more does that year of attainment earn you in higher earnings for the rest of your life? It adds up into the trillions,” concludes Goolsbee.

Merisotis wrapped his virtual book launch by explaining what he would do if he had a magic wand. He says he would be tempted to end threats like climate change and authoritarianism, but he notes that the human condition is ultimately going to be judged by how people treat one another.

“To me, I think the human work ecosystem ultimately requires equity and justice. If equity is about eliminating differences that exist by race and ethnicity, and if justice is about eradicating the policies, and the practices, and the systems that allow inequity to take place, I think I’d use my wand to achieve true equity and true justice for all. A world where everyone has a chance to learn, to earn and to serve by doing meaningful work.”