Too often, the effects of globalization result in companies moving jobs away from the United States. Yet over the past year, we’ve seen “reverse globalization” create manufacturing jobs in one very visible business — the washing machine industry.

When the Trump Administration imposed tariffs on many goods made in Asia, washers were one of the main targets. And just like the many different cycles on your new front loader, three economists at the University of Chicago and the Federal Reserve Board studied the effects of these tariffs and found a range of results.

Unfortunately, consumers seem to have come out the losers. The report concludes, “Despite the increase in domestic production and employment, the costs of these 2018 tariffs are substantial: in a partial equilibrium setting, we estimate increased annual consumer costs of around $1.5 billion, or roughly $820,000 per job created.”

Jim Tankersley has more in The New York Times. 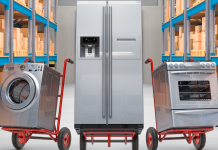 Back to Work: Career advancement in nursing, battery recycling, and manufacturing 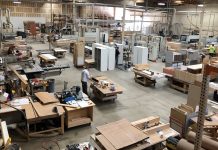 Focus on Fontana: Training young people for the skilled trades

Slope of the Curve

You Can’t Let a Crisis Go to Waste