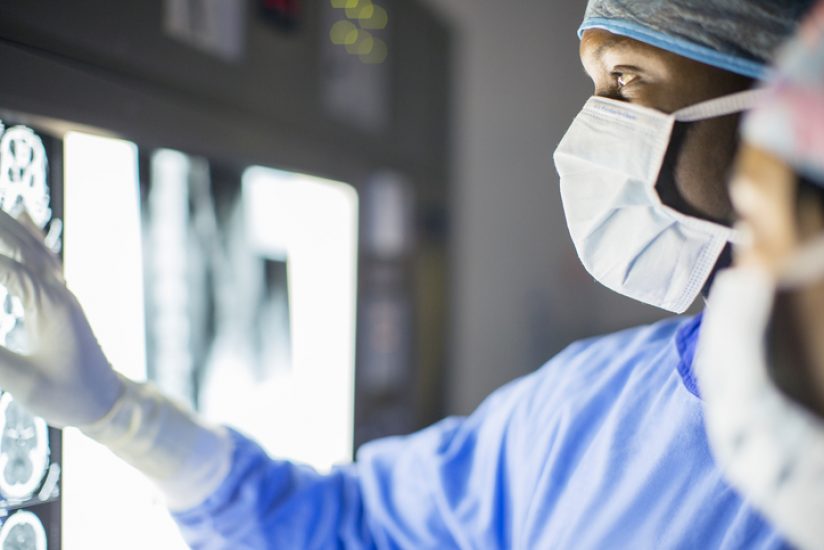 How Robots are Changing Medicine, and It’s Not How You Think

When many people think of machines taking human jobs, they think of ATMs replacing bank tellers or factory-floor manufacturing ‘bots, not hospital operating rooms. But even healthcare jobs that require years of dedication and practice are proving to be susceptible to the rise of the machines, as robots with rapidly improving perceptive and sensory skills turn up more frequently in clinical environments.

In May, a team of computer scientists from the Sheikh Zayed Institute for Pediatric Surgical Innovation in Washington DC and computer scientists from Johns Hopkins University unveiled a robot that can perform complicated and subtle surgery on human soft tissue. In test surgeries, the robot performed such procedures better than experienced human surgeons.

“The operating room may someday be run by robots,” the authors of the study wrote.

And as you read this, IBM’s Watson—the same machine that crushed Ken Jennings at Jeopardy—is busy churning through tons of medical case histories at Memorial Sloan-Kettering in New York. Watson processes up to 60 million pages of text per second, learning to make diagnoses and treatment recommendations. And unlike humans, he doesn’t need sleep.

Yet another computer software program—this one a “computational pathologist” known as the C-Path—is already capable of examining thousands of tissue scans at lightning speed to diagnose patients with breast cancer and even predict their survival rates. It performs as well, or even better, than a human doctor.

This is just the tip of the iceberg, as interest in the futurization of healthcare is exploding. In Silicon Valley, investors have poured billions of dollars into startup companies making wearable sensors, big-data platforms, analytics, fitness trackers, apps and telemedicine programs. All of those things help pave the way for a more mechanized form of healthcare.

All of this progress begs a question: Where do doctors fit in?

Much of what physicians do—taking patient histories, measuring vital signs, prescribing the right drugs—can, or soon will be done better by sensors, active data collection, and analytics. What’s more, doctors can’t possibly read and digest the thousands of research articles that come out every year or remember every single one of the thousands of diseases humans can get when a tough diagnosis comes along. Machines can.

While there are still hundreds of thousands of medical jobs that need filling, a growing number of doctors seem to feel that the rising cost and investment of time required to become an MD—not to mention the uncertain future of the profession— isn’t worth it.

So how is it possible that nine of the top 10 top paying professions in the United States are in the medical field, according to the Bureau of Labor Statistics?

In a 2012 survey, two out of three doctors recommended that people considering a career in healthcare choose to become primary care nurse practitioners instead.

The docs are on to something—the future of the medical profession may belong to nurses and other health professionals who are prized for their people skills and soft touch.

Nursing is one of the fastest-growing occupations, with the number of jobs, expected to grow 35 percent by the end of 2024. Health Affairs magazine reports that there will be a nursing shortage of 260,000 by 2025, twice as large as shortages that have occurred since the mid-1960s.

The bottom line is that machines may one day be able to provide lower-cost, more efficient healthcare than doctors. Until the day they can empathize with very sick patients, offer comfort, and squeeze a person’s hand in encouragement, however, there will still be plentiful healthcare jobs available for nurses and health aides. That day is still very far off indeed.