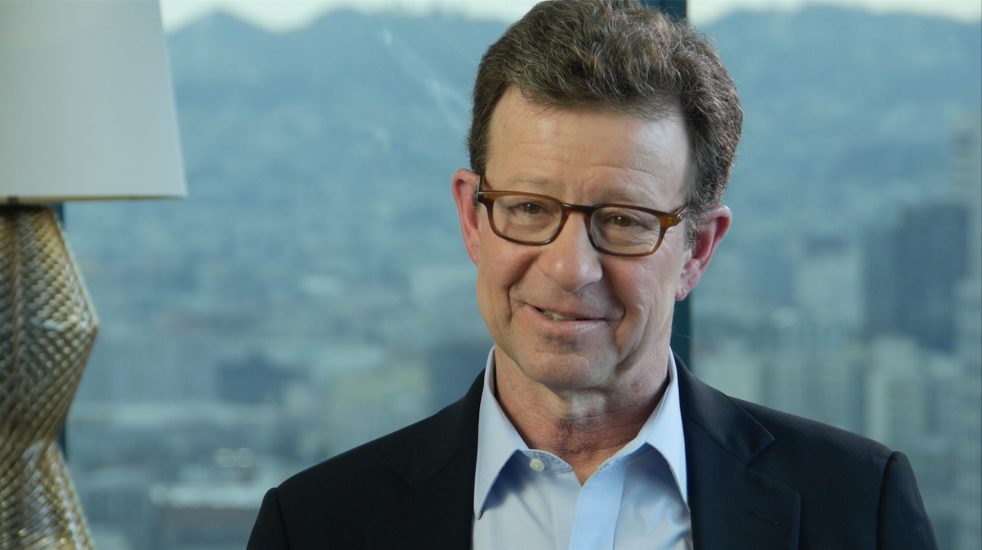 Republished with permission from Jewish Journal.

In October 2013, Art Bilger, a Los Angeles investor and philanthropist, found himself at a dinner event in New York for high-profile customers of Deutsche Bank, where Lawrence Summers, the former Treasury secretary, was set to speak.

When Summers finished his talk, Bilger raised his hand to ask a question that had been nagging at him for some time.<

“I said, ‘Here’s the math,’” Bilger recalled in an interview at the Westwood office of Shelter Capital Partners, a venture capital investment management firm he founded. “‘A third of the population drops out [of school] at 15, and we keep them alive to 85. What do you do with a third of your population for 70 years?’”

Afterward, four people Bilger didn’t know chased him down to tell him his question had floored them. He doesn’t remember who they are, but the interest he generated then, and subsequently when he began preaching about structural unemployment, convinced him that the problem was worth dedicating himself to.

The problem, as he sees it, is this: Technological innovation is moving forward at an unprecedented and accelerating pace, eliminating jobs, especially ones for low-skilled workers, without presenting viable alternatives, at least in the short term.

Since the Summers talk, Bilger has crisscrossed the nation to learn more about the problem. During that time, he and his wife, Dahlia, have poured millions of dollars into WorkingNation, his latest and most ambitious philanthropic effort, and he’s brought on board his two daughters, Sabrine and Eve, to work for the project’s research arm.

WorkingNation hopes to use a sleek media campaign and institutional partnerships to awaken thought leaders and the public to structural job loss and the potential solutions.

Often, when Bilger explains WorkingNation, people don’t quite get it.

“If I walked in and asked for scholarships for 500 underprivileged people, it doesn’t mean I’d get it, but they’d understand that,” he said. “When I walk in and talk about this, they find it quite interesting, but they scratch their heads and they say, ‘Art, what are you looking to do here?’”

In response, Bilger asks his audience to think about everything they’re wearing, everything they’ll eat that day, the movie they’ll see that weekend and the last vacation they went on.

“Every one of those decisions that you made with regard to those things was as a result of some party creating awareness and educating you—it’s called marketing,” he said, laughing suddenly, a deep, hearty sound. “And that’s what governs our lives. And that’s really what this is about.”

Bilger doesn’t pretend to know what the future holds, but current employment trends offer reason to worry. WorkingNation’s first mass media release is a six-minute animated explainer video distributed by CNNMoney and named “Slope of the Curve,” referring to the increasing pace at which technology is eliminating the need for low-skilled workers.

The example of drivers looms large for Bilger: If and when driverless cars eliminate the need for people who drive for a living, one of the nation’s largest vocations could vanish almost overnight. But job risk is not restricted to low-skilled sectors, he said, pointing to how big data have shrunk marketing departments while yielding better predictions.

Traditionally, economists hail such advances as necessary and even desirable: Austrian-American economist Joseph Schumpeter popularized the term “creative destruction” to describe how technological change sweeps away old industries to make way for the new.

Yet something feels undeniably different about the microchip age. Bilger pointed out a number of factors that, combined, make this disruption more worrisome than past ones: the pace of technology growth, globalization, lengthening lifespans and a failing education system.

WorkingNation is built on the premise that today’s job loss is unprecedented in scope and scale; in a widely cited 2013 study, two Oxford University employment scholars estimated that 47 percent of jobs could be automated in the next two decades or so.

Bilger is imagining—and spending his own money to address—a future where 25 or 30 percent unemployment could become the norm.

He’s a somewhat unlikely prophet of doom, having spent a career in the top echelon of the investment banking and media worlds.

Bilger’s career began in 1977 at Drexel Burnham Lambert, an investment banking firm. When Drexel folded in 1990, Bilger and a half-dozen co-workers founded an investment fund called Apollo Global Management. From there, he pivoted into media, building up New World Communications, a TV broadcaster that became Fox’s largest affiliate.

The year 1998 brought yet another career change. A year after selling New World to Fox’s parent company, News Corp., a fellow board member at the Jewish-affiliated legal clinic Bet Tzedek, where Bilger still sits on the board, introduced him to what would become his first early stage investment, Akamai Technologies.

Since then, the investor has focused on startups with an emphasis on online education. (He also serves on many boards, and formerly served on the board of Tribe Media Corp., parent company of the Journal.) His experience in marrying content to distribution technology, he said, will be a boon for WorkingNation.

When he first began thinking about structural unemployment, he figured he could make a documentary to “scare the hell out of everyone in 90 minutes.” But rather than a single piece of media, Bilger, whose first foray into Hollywood as an executive producer, “20 Feet From Stardom,” won an Academy Award for feature documentary in 2014, figured a media campaign would do a better job garnering attention.

Later this month, Working-Nation will begin to air a five-episode series by Barbara Kopple, herself a two-time Academy Award-winning documentarian.

FutureWork: Model of the Future