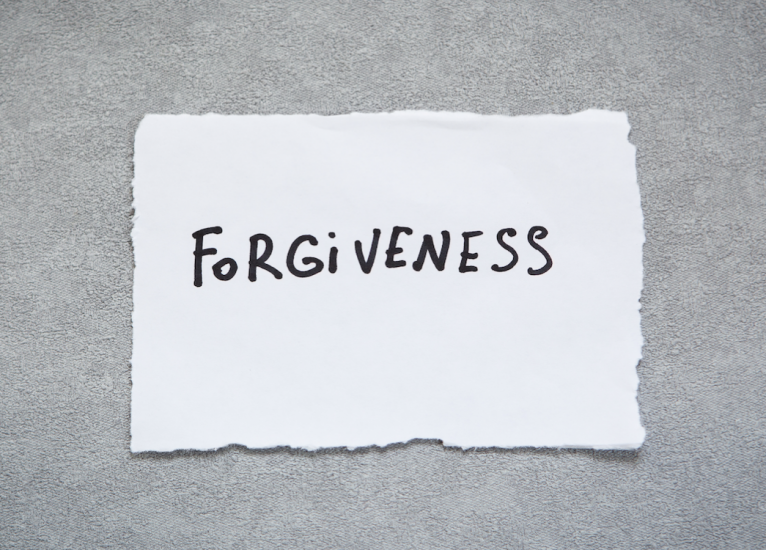 ‘Tis the season to be forgiving

Dr. Mark Goulston continues his featured series on strategies to deal with stressful work situations during the holiday season. Dr. Goulston is an award-winning business psychiatrist, consultant for Fortune 500 companies and the best-selling author of seven books. His latest, Talking to Crazy: How to Deal with Irrational and Irresponsible People in your Life can be found on Amazon. Catch up on Dr. Goulston’s previous articles here.

Years ago, I attended a conference where a speaker challenged the audience with “Raise your hand if you would want me to show you a single word that is most likely to make you happy, give you peace of mind and maybe even make you successful.”

With their imaginations piqued and eagerly wanting to know this secret, the entire audience raised its hands.

The speaker continued, “And if you disagreed with it, you could simply ignore it, but if you agreed with it, would you promise to embrace it and put it into practice in your life?”

Again, all the hands went up.

With that, he took out a small piece of paper, wrote a word on it, folded it and handed it to one person at the far left side of the front row, told her to read it to herself and then pass it to the person next to her. One by one, each person opened the folded piece of paper, looked at the word, nodded, looked down, sighed deeply and passed it on to the next person.

That event always stayed with me, because I knew there was something powerful about that word, for unblocking people and creating happiness and peace of mind.

Now back to you.

I know that you’re thinking: the world has done you wrong, spit you out after being a loyal employee for years and/or made it difficult for you to find employment. So why should you forgive?

All that may be true, but holding onto a grudge – even a legitimate one – can become the curse that keeps on cursing, as your attitude and mood overflows to others around you and you feel even more burdensome to them than you are already feeling.

Plus when you go out for interviews it gives you an additional barrier that you have to overcome to put on your “game face.”

You know all of the above, but you’re shaking your head “no” and thinking it is easier said than done.

I agree with you.

I didn’t get a good answer until I reached out to Dr. Shawne Duperon, Founder of the Nobel Prize-nominated, Project Forgive who shared with me one of the most inspiring and personally meaningful quotes I have ever heard: “Forgiveness is accepting the apology you will never receive.”

Personally meaningful, because I used that idea to resolve an issue I was having with my dad, who died 22 years ago. My dad was hardworking and not the most positive person because he also worried about being able to provide for us. I remember in high school when I would get a 90, he would often respond, sometimes gruffly, “You can do better.”*

Wanting approval and praise from him, I took that to mean that my 90 had been crap. However what I realized is that he didn’t mean that at all. He was a numbers guy – when you got anything less than a 100, you really could do better.

In my mind, what I have been hearing from him is an apology I never received: “Mark, I never meant that your 90 was crap. I think it was great and I think what you have done with your life and what you have become is great. I’m so sorry that you took it that way and that I frequently came off as negative because you’re right. I was afraid of being able to provide for the family and I’m proud to be your dad.”

Each time I imagine him saying that to me I respond to him in my mind with, “I’m sorry I resented you and had a chip on my shoulder about that when you never meant to say it.” Recently, I have even taken to saying, “And I miss you.”

So, where and from whom is an apology you need to accept that you will never receive?

RELATED STORY: How CEOs can lead their employees through uncertain and fearful times

If you would like to forgive them – because it really is only hurting you to hold onto a grudge – then as I did with my dad, maybe you can imagine thinking and saying to them in your mind, “It’s okay. I knew the downsizing and layoffs were inevitable and I could have done a better job at learning new skills and taking new training to help me to continue to be employable after I left the company. And I am sorry for making all of you the bad guys and staying bitter when I also knew you didn’t have a choice.”

Now, of course, you can choose to not be forgiving towards them. But if you don’t, can you answer for yourself if and how holding onto that resentment is working out for you?

*By the way, if my father had said to me, “This is great and you can do even better,” I would never have developed the useless resentment I felt towards him. So if you’re a parent (or a dad whose kids want approval from), remember what a difference saying “even” can make in your kid’s mind and attitude towards you.

Further Reading: Dr. Goulston is offering WorkingNation readers a free download of his book Get Out of Your Own Way at Work. We invite our readers to read the book and discuss solutions to overcoming self-defeating behavior on our Facebook page.

And check out additional holiday gifts from Dr. Goulston. Click on Free Resources