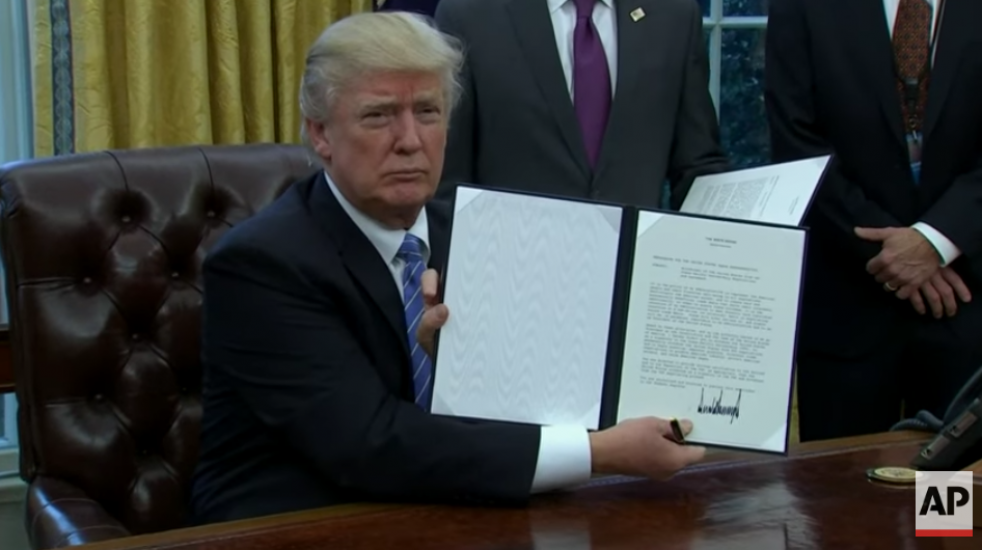 Promises made during President Trump’s first days in office regarding tax reform, regulation cuts and increasing spending toward our aging infrastructure resulted in a boost to employment in the private-sector in February.

While overall hiring slowed from last month, employers hired 1.4 percent more workers than the same time last year, according to the the LinkedIn Workforce Report, a monthly analysis of employment trends.

And the last two months were among the strongest consecutive months for hiring since summer 2015. A benchmark Trump was excited to share on Twitter this morning.

According to the latest ADP report, as detailed by Bloomberg:

The oil and gas industry also continued to rebound in February, according to the report, with seasonally adjusted hiring up over 50 percent since June — the low point of the industry’s recession.

“February proved to be an incredibly strong month for employment with increases we have not seen in years,” Ahu Yildirmaz, vice president and co-head of the ADP Research Institute, said in a statement.

And it appears the hiring surge is the result of increased confidence in the good things to come with Trump’s policies.

Unemployment numbers for the month of February are expected to be released by the Bureau of Labor Statistics Friday.

For an example of a solutions-driven plan that’s working for Toyota, watch our story below: