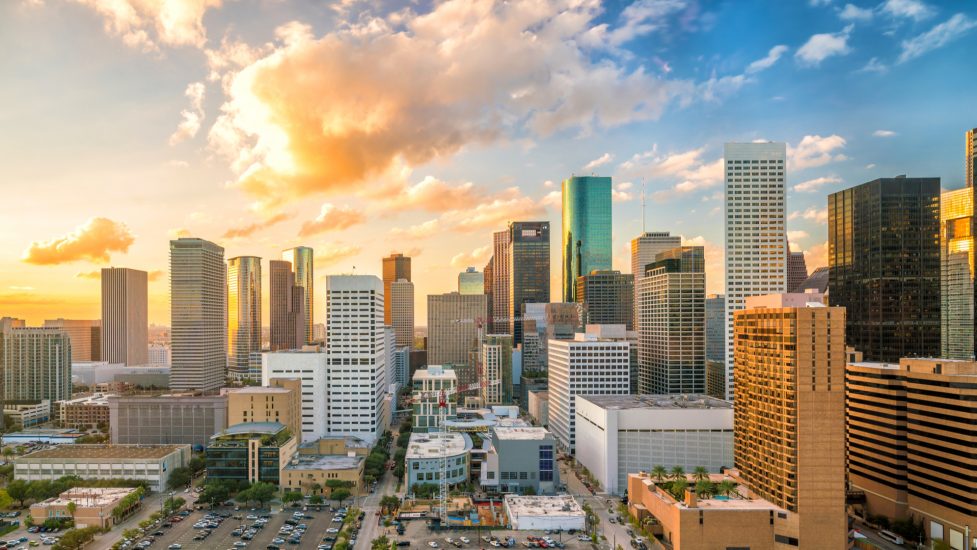 High school. Four-year college. Career. For decades it’s been touted as the best path to success. But as the economy has evolved, that path has created a shortage of workers in the middle-skills category—occupations that require more than a high school diploma but less than a four-year degree.

Houston, Texas has had one of the most robust economies of any city in the United States. But of its 3.6 million jobs, 1.4 million–roughly 40 percent–fall into the category of middle-skill positions.

The challenge in finding workers to fill those jobs led to the creation of UpSkill Houston, an employer-led initiative focused on closing the skills gap by bringing together business, education, and community stakeholders.

Peter Beard is Greater Houston Partnership’s Senior Vice President of Regional Workforce Development. He tells WorkingNation that the goal is to create a pipeline of workers into critical industries by presenting an alternative path to success, one that doesn’t jibe with the traditional narrative.

“When you think about a journeyman electrician, they’ve been in their profession for six years or more and have an essential skillset that is on par with someone with a college degree, if not an advanced degree. So, we knew we had an awareness and perception issue coming into it,” explains Beard.

“You probably hear this across the country as well: ‘we can’t get people excited and inspired to go into these occupations’. And on top of that, structurally within Texas and probably in a lot of other locations, education is not incentivized to put people into careers immediately out of high school. Their incentive is to send them to four years of college despite the data that we’ve done.”

“A cohort studies of six years after graduating from some of the major school districts, only 22 to 25 percent complete any sort of post-secondary degree, which then suggests that we’ve got some people down this path and we haven’t also exposed them to these other opportunities.”

“Whether they’re more technical in nature like working in a petrochemical industry or more work-based learning like construction, like sales, like a bunch of others that with good education and good skills, you don’t necessarily need anything beyond finding a good employer that’s going to help you develop those skills in a much more work-based environment where education and effort is linked.”

Since its founding in 2014, UpSkill Houston has seen success in a number of areas that were lacking. First and foremost is in getting employers to articulate their needs so schools can develop their programs around what will get their students into the pipeline as quickly as possible.

“You know, five years later, the one thing that everyone seemed to point to and was enthusiastic about was the fact that we had built this collective tables where people could begin to understand the multiple different perspectives and multiple different interests and other things so that it has created the ability for folks to partner in different ways,” says Beard. “At the end of the day, if employers aren’t articulating their skills effectively, then school districts and community colleges can’t build programs to deliver what folks need in terms of what skills and capabilities they need to be successful in those careers.”

According to Beard, awareness of middle-skill opportunities also has increased.

“The other big challenge is how you help students and parents and teachers and counselors and career coaches understand these careers exist. You know, when you think about how people make choices about careers, it’s probably what they come into contact with. So, if you don’t even know they exist, how could you even consider them?”

The UpSkill Houston website provides a breakdown of opportunities and educational resources in seven fields that dominate the city’s employment profile.

“If you almost think about this as a supply chain challenge, you’ve gotten one end user, the employer, that has specific knowledge and information that people need to have in order to connect the other end user, which is the student or the unemployed or underemployed person who’s got to navigate their way through and find a pathway with either education skills, training and other things that gets them to the front door of the employer,” says Beard.

“And if all those folks in between can’t communicate effectively, then you’re leaving yourself exposed to what perception someone has about those jobs and whether it gets reinforced in a positive way or a negative way. And so, part of this whole collective table is to help get that middle part aligned so that they’re helping people find those pathways and finding the education and skill pathway they’d get them to the front door of an employer.”

Still, changing minds is an ongoing process. Beard says one of the remaining challenges is getting employers past the mindset that a college degree will get you in the door rather than articulating the skills they need for immediate employment. He says each industry comes with its own set of skills that need to be learned, and each industry needs to be consistent about the pathways potential employees are taking so they can be taught in school.

Another challenge is the role automation will play in the coming years and getting employers to articulate what skills are going to be needed to keep employment pathways open and future-proof.

“That gets related to another one which is given my skills, particularly for unemployed or underemployed individuals, what are the career adjacencies that if I go get these two or three skills, I can shift into a different pathway that may provide different opportunity. We think it’s going to be essential because as you know, the skills are changing at a more rapid pace than ever. And so, we think we have to future proof the workforce in a different way and we need to understand that a little better. And how do we embed it in your school districts and other things.”

The impact of COVID-19 on Houston, as with most other communities, continues to unfold.

In response to the pandemic, Beard says the UpSkill Houston will continue to focus on how to “articulate pathways to get people to the front door of the employer and do it in a way that’s helpful to students and unemployed and underemployed individuals, so that they can actually have a roadmap of how they could get there.”

He says that will inform how best to leverage school counselors and career coaches to make them more effective at doing their jobs.

Because of COVID-19, Beard expects to see some downturn in Houston’s economy and a rise in unemployment. Getting people back to work once the crisis has passed will be key. “And so, we think once again, getting focused on what are the occupations people are going to need to find pathways into and can we articulate the skills? Can we get it into their hands? We’re still thinking about it from that perspective.”

“We do think that if we continue this focus on the skill pathway as well as working with counselors and coaches, whatever we need to do in the near term or mid-term as we come out of COVID-19, we can kind of pivot and support that.”