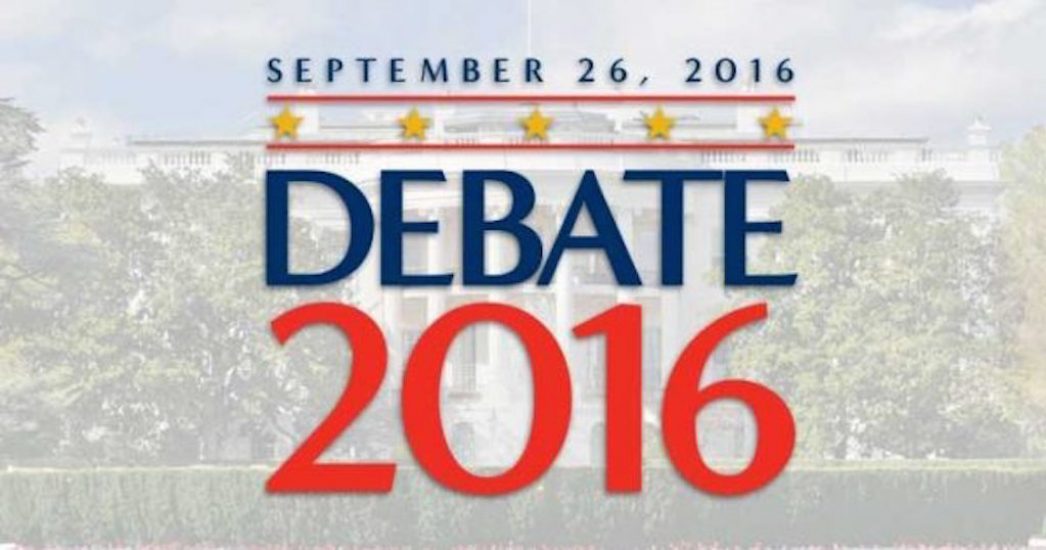 Will the Candidates Talk About Work?

When Hillary Clinton and Donald Trump square off Monday in the first of three presidential debates, expect moderator Lester Holt to ask them where they plan to take the country if elected, how they would ensure national security and what they will do to promote American prosperity.

Of these, questions about prosperity or its lack are uppermost in voters’ minds, according to nearly every poll, ranking above concerns about terrorism, healthcare, immigration and the environment.

The reason? Most Americans believe their financial situation is precarious. Anxiety about job security, income and savings, retirement and the prospects for their children’s success have clouded expectations, even after official statistics began to show the Great Recession has ended. And accelerating changes in the U.S. economy offer new issues to worry about.

They Aren’t Coming Back

The federal government reports the official unemployment rate has fallen below 5 percent—a level economists call “full employment,” and the lowest since 2007. In truth, the number of unemployed, underemployed and discouraged workers is believed to be around 15 million. As they tend to do, the candidates sometimes misrepresent the levels of unemployment and likewise promise to create more jobs than their rivals. Some even promise to “bring back those good-paying jobs” that have left the country for cheaper, foreign labor markets.

Long-term projections are even more unsettling. A 2013 report by Oxford economists tells us technology and automation will eliminate nearly half of all jobs in the next 20 years; two-thirds of all jobs involving “non-routine cognitive tasks” (“thinking”) will disappear in that same period. And while some new jobs will be created amidst all this change, we don’t even have names for most of them, let alone know how to retrain people to take them on.

As you have no doubt noticed, if you’re paying attention at all, this presidential campaign has highlighted some remarkable personal controversies—Hillary Clinton’s email habits, her family foundation, fondness for secrecy and the state of her health; Donald Trump’s mysterious tax returns, disputed contributions to charity, tendency to exaggerate and use “colorful” language.

Do They Have the Answers?

Any or all of these issues may surface during the debates. But if voters really want them to address their biggest concerns, there are three big questions both candidates should be asked:

These debates offer a rare opportunity to seek the truth from the next President about the things that matters most to you. Tackling the real challenges facing our jobs and economic wellbeing should be a priority for our leaders. And anytime a candidate can speak directly to voters’ top concerns in a debate, it’s good politics.

The future of work is changing—how secure is your job?