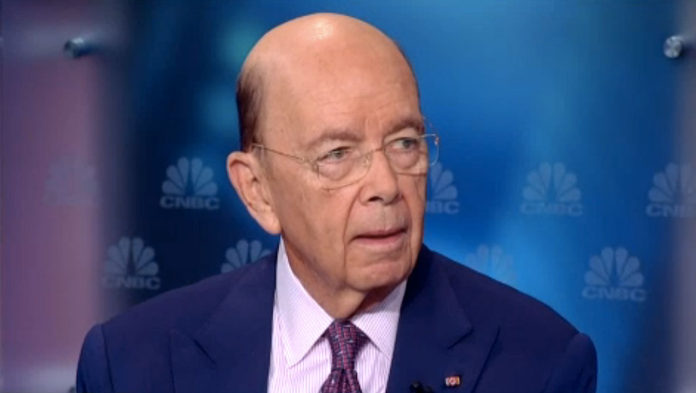 President-elect Donald Trump’s pick for Commerce Secretary, Wilbur Ross, is under a microscope as he heads to the Senate for a confirmation hearing Wednesday, and by the end of it we will hopefully have a better idea of his plans to help Mr. Trump fulfill his promise to create 25 million jobs over the next 10 years.

Trump tapped the billionaire for the position back in November because he said Ross is “a champion of American manufacturing and knows how to help companies succeed.”

Trump made saving manufacturing jobs the cornerstone of his campaign and it paid off with a massive turnout in the Rust Belt region of the country that led to his election for president.

So how can Ross help Trump save jobs?

As Commerce Secretary, Ross will be “the face of American business in the U.S. and abroad, with a special emphasis on attracting foreign investment and overseeing certain trade cases that could punish foreign rivals.” He will be tasked with leading the department in charge of creating jobs, promoting economic growth, and improving the standards of living for all Americans.

Some questions Ross may face Wednesday will be in regards to his views on regional and bilateral trade agreements, NAFTA, the TPP, and a possible U.S.-U.K. trade agreement. He may also be asked about how he plans to divest his massive portfolio and recent reports he outsourced thousands of jobs since 2004.

Ross made his billions by acquiring embattled steel and textile manufacturing companies and learning the ins and outs of U.S. trade policy to know if and when tariffs would be imposed on imported steel. In 1997, he founded WL Ross & Co., an investment firm with a portfolio of 178 companies that specializes in corporate restructuring. His knowledge of international trade policies has made him an outspoken critic on U.S. trade deals.

Back in July 2016, he co-wrote a piece for CNBC on why we need a tough negotiator like Trump to fix U.S. trade policy. He pointed out how NAFTA failed to be the net jobs creator it promised to be, how China’s entry into the World Trade Organization has led to China’s dominance in the market at the expense of American companies, and how the South Korean free trade agreement has nearly doubled our South Korean trade deficit and cost us 75,000 jobs.

Ross credited Trump as being the candidate who can negotiate or renegotiate free trade agreements that can both increase total trade and reduce our trade deficit. “When these two conditions are met,” Ross said, “real world trade will converge with textbook theory, this country will be far more prosperous, and a now shattered faith in the global trading order will be restored.”

Those who see America’s trade policy as broken and in need of repair to help save jobs and the economy, will see Ross as an ally. Those who support free trade worry Ross could spark trade wars by supporting extreme measures, like implementing tariffs, to keep imports out.

While millions of jobs—not only in manufacturing but in other blue and white collar jobs—have been lost to globalization and outsourcing, there are other factors at play as well: automation, technology, artificial intelligence, inefficient education. If Trump and Ross want to be effective, they can’t just focus on saving jobs but filling them as well. They will need to encourage job training initiatives, retool the education system to meet the demands of employers, and support community programs re-skilling the unemployed or underemployed for the changing labor force.

Why women will emerge from the ‘shecession’ stronger than ever

How Automation Has Affected Jobs Once Essential to Thanksgiving Dinner