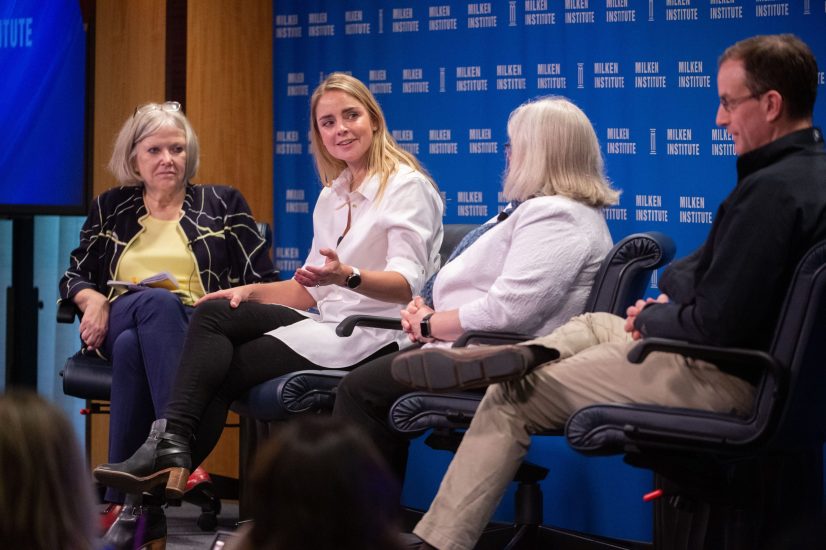 Businesses should be leaders in training workers

Preparing the workforce of the future can’t happen in silos. Reskilling and training workers for the changing nature of jobs in the near and distant future takes a joint effort, and business must play a key role in those partnerships. That was the important message that came out of the Business-Led Education Town Hall, co-hosted by WorkingNation, the Milken Institute, and Los Angeles Economic Development Corporation.

“We need to think about what the 21st-century workforce is going to look like, and unless we establish partnerships with business, education, and government, people will be left behind,” said Kevin Klowden, Executive Director of Milken’s Center for Regional Economics and California Center. Klowden kicked off the discussion which took place on November 16 at the Milken Institute’s Santa Monica headquarters.

The panels featured an impressive line-up of national and local leaders from business, academia and nonprofits. Among them was Jane Oates, president of WorkingNation, who moderated a panel on the employment pipeline — how companies are finding or developing, the workers they need. There are millions of open jobs around the country and millions of job seekers. Unfortunately, there is a skills mismatch — employers are looking for workers with certain skills, and those job seekers are coming up short.

Northrop Grumman’s head of human resources Jeanie Wade said right now there is a huge demand at the company for “engineers, especially system engineers, mechanical engineers, aerospace engineers. The other area is technicians. These would be folks who would work on our assembly lines, manufacturing. We have a lot of employees that do assembly and fabrication for us.” Wade said that they might get 400 people applying for a job, but “most of our candidate don’t pass” the skills requirements, making it difficult to hire for the positions.

For EVELOZCITY, a Torrance, California-based electric vehicle start-up that is creating four new vehicles to address future urban driver/rider needs. The company is also looking for engineers and specialist designers. “Old and new meets together. The challenge and opportunity we have are we’re an entirely new industry,” said Elise Stribos, who is in charge of human resources and talent at EVELOZCITY.

“Even if we have the people with the skills we require, they have to adapt that and bring new skills in. We had to develop, wanted to develop, an internship program very early on because they can start shadowing. They can start to see the vehicle from end to end whereas a traditional line they may have just had to deal with a kind of, like a headlight,” Stribos said.

Ryan Craig is managing director of University Ventures in New York, the largest private equity firm at the intersection of education and employment. Craig acknowledged to the audience that it was hard for job seekers without tech skills to get past the initial phase of the job screening process.

“Technical skills now have become sort of the primary top of the funnel screen for candidates. If you simply go by what job descriptions tells, or what we know, over the last decade is that technology and digital skills now outnumber all other skills, cognitive and non-cognitive skills combined, across virtually every industry you look at,” Craig said.

“There are a lot of seasoned workers out there who need help finding their way in the modern workforce,” offered WorkingNation’s Oates. Craig agreed, “We’re very focused on helping to innovate and build new efficient pathways from education to employment primally through intermediaries. A tuition-based, classroom model can’t be the only way. We are focused on workplace models such as apprenticeships.”

“Partnerships is really a word that we hear all the time when WorkingNation is looking for solutions. We’ve come to think that there’s really not a solution in this talent space that doesn’t involve partnership,” said Oates.

Klowden moderated a panel that included Soraya M. Coley, president of Cal Poly Pomona; Eloy Ortiz Oakley, chancellor of the California Community Colleges; and Jay Banfield, Chief Officer of Innovation & Scale, Year Up, a nonprofit that acts as an intermediary, connecting young adults that need opportunity with companies that need talent. Making a connection between business needs and curriculum was at the forefront.

“Talent is equally distributed, but opportunity is not,” said Coley, who said Cal Poly has launched several initiatives to create more opportunities for its students. The university has put a lot of emphasis on apprenticeships, working with local businesses to give students the chance to learn on the job. Another initiative, the Future of Work and Human and Civic Engagement, is “very intentional about not preparing our students for any particular job,” explained Coley. “We’re more focused on what are the competencies, the knowledge-based experiences, that our students need to have, and how we help them think about being adaptive and engage in what is going to be the economy of change and disruption.”

So far, Year Up has partnered with more than 300 companies across the country to provide opportunities through internships combined with classroom learning. “I guarantee you that every single one of them (the companies) has talent acquisition at the top of their priority list. There is an appetite for companies to engage in this,” according to Banfield. “Several decades ago companies saw themselves as passive consumers of education. They see the need to be active now. To me, that is encouraging.” Banfield said to address the workforce needs; we have to develop “organic networks where academics and practitioners are coming together to share information.”

Oakley concurred that communication is the greatest challenge. Sharing information is key. “There is a drive toward automation and the application of artificial intelligence, the skills are consistently changing, and there is very little communication from the creators of this innovation and the way we are training the workforce,” said Oakley. “It is taking us way too much time to get students ready for the jobs being created, let alone jobs of the future.”

There are exceptions. Oakley pointed to a project that the LAEDC helped bring together to address the 2,500 opening in the Los Angeles-are for people with cloud computing skills. 19 California community colleges, led by Santa Monica College, worked with Amazon Web Services to develop a cloud computing curriculum that results in a recognized certification and the opportunity to work with AWS.

Job seekers are looking for ways to communicate to hiring managers that they have the necessary skills to do the jobs that businesses need to be done. Bernick pointed out that there are over 300,000 certifications, credentials and degrees on the market and he asked how job seekers can tell which ones are valuable.

Williams described it as the “wild west” out there. “What I’d love to see is the U.S create a list of standardized certifications and licenses that employers could use in making hiring decisions. All learners see now is the name of a certification, and they don’t know if that will get them hired,” Williams said. LinkedIn is at the end-stage of its own project to create a list of valuable and useful credentials.

For Udacity, the programs and credentials they offer are in partnership with businesses. “We work with about 200 hiring partners,” explained Frye, “to determine what are the skills areas where you see the biggest supply-and-demand imbalances, what are the competencies they need and don’t have. Based on these answers we design nano-degree programs.” Frye said some of the significant areas they see a need is data analytics and machine-learning and AI.

The makeup of the future workforce is a moving target. Jeremko offered that one the biggest challenges to preparing the workforce is that it is hard to image what jobs of the future are going to look like. “We can think one or two steps ahead, but what’s going to be in demand in ten years? It is difficult, so the more we can engage different perspectives to that collective brain-storming conversation, like this one, is really important.”

Join the Conversation: How should businesses better prepare workers to adapt to changes brought on by technology? Tell us your thoughts on our Facebook page. 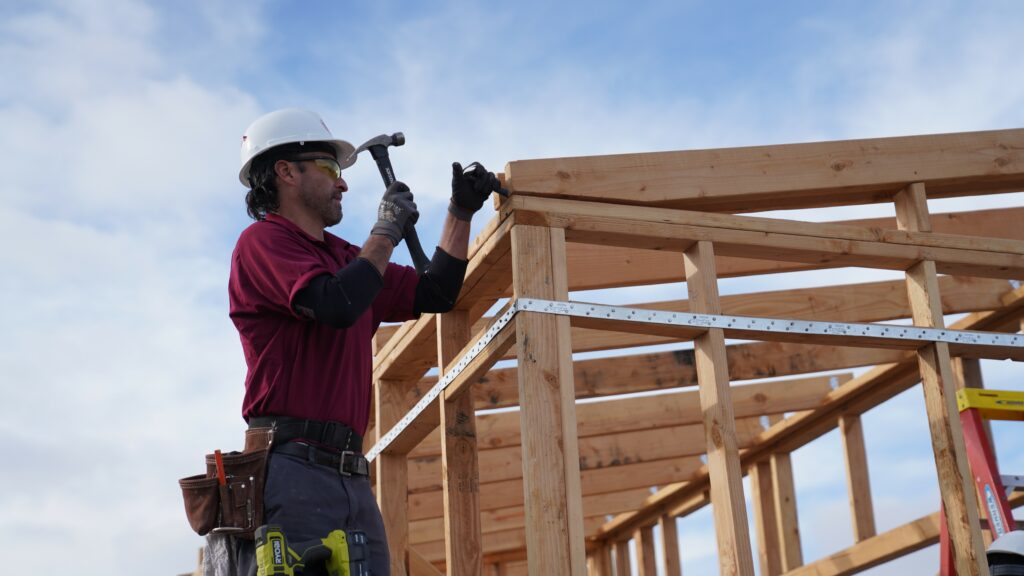