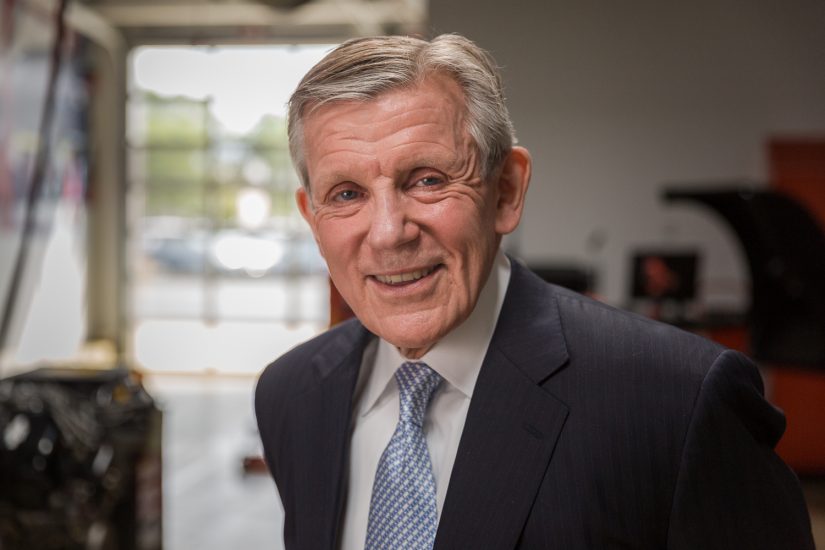 WorkingNation consultant and workforce reporter Ramona Schindelheim continues her series of interviews with America’s top CEOs about solutions to closing the skills gap.

“Technical careers have a heck of a PR problem. 90 percent of people in the United States will say that manufacturing is essential for future prosperity,” according to Nick Pinchuk, CEO of Wisconsin-based Snap-on Incorporated, “but only 30 percent of them will say ‘I want my child to be in manufacturing.’ They view it as dark, dumb, and dirty. When they behold someone who decides to become a welder, or a machine programmer, or a car mechanic, or an aviation repairman, they believe that that person has settled for the consolation prize of our society.”

That PR problem, said Pinchuk, is partially behind the highly-skilled worker shortage that is plaguing businesses worldwide, including here in America. He believes we have to light a fire under our business leaders, our community leaders, and our politicians, and emphasize that making and repairing things is the backbone of our country’s prosperity past, present, and future.

“We are not attracting young people to these jobs because they sense the consolation prize nature of it. We need to create a kind of selling process. You need to have the repairers of the world. That’s what drives prosperity. These are the jobs that literally created the society we enjoy today,” Pinchuk said.

RELATED STORY: Do Something Awesome – The Drive to Succeed

Snap-on makes high-tech tools for people who make and fix things, whether on a corporate manufacturing level or an entrepreneurial level. “Snap-on manufactures in the United States. 80 percent of what we sell is made here. We’re a manufacturer who actually puts our tools in the hands of more than a million people who work in garages, the actual twirlers of the wrenches,” according to Pinchuk.

This gives Snap-on special insight into the skills that are in short supply. “So, if you think about that, that’s kind of a unique situation. We have a relationship with working men and women that are very up-close-and-personal. We see the requirements for technical skills associated with a variety of industries, particularly in the auto repair industry, aviation, oil and gas, power generation, and the military,” Pinchuk said.

Having that information, knowing what skills various industries and businesses want, isn’t enough. “We need to speak about these jobs in the context of what they are, what they have always been,” Pinchuk said, “a national calling.”

To convince young people that they can find self-worth and a future in these technical jobs, you have to train them to perform them. Pinchuk said, at present, there are a lot of questions about whether technical schools are matching their curriculums to what is actually needed in the changing workplace.

Pinchuk looks to the car repair industry as a prime example. “If you look at something as simple as a car, it is changing rapidly. In the 1990s, the number of computer codes on a car — the fault code and others — were measured in the dozens. Now, they’re measured in the thousands. There is more computer power on the average car than was on the LEM (Lunar Excursion Module) that landed on the Moon in 1969.”

As technology changes the automobile at a rapid pace, there is not a similar rush for newly-skilled mechanics to replace the ones who are retiring. Pinchuk said more than 100,000 car technicians are retiring each year, while just 75,000 are getting certified.

Pinchuk is part of an organization that is proactively working on solutions to the worker shortage. “What we’ve done at Snap-on, sort of our social cause, is become a partner with some community college leaders and other industries and companies to form the National Coalition of Certification Centers. The idea is to create a set of certifications for schools to say that this is a curriculum that, if followed, will teach a student how to have a nationally-recognized certification in, say, torque, how to fasten things, or how to diagnose cars with the electronics and all the computerization.”

This is great for big manufacturers, according to Pinchuk, but even better for small businesses. “If a small business wants to hire from those schools, and these students have certification, the employers have confidence that someone with some expertise has said that that curriculum matches what they (the company) need.” So far, there are about 385 schools in the nationwide network, and about 100,000 certifications have been handed out.

This brings us back to the perception problem. Pinchuk believes the American Dream still exits, and we just need to help young people find the right path to claim it.

“America isn’t America if it doesn’t have its great middle-class making and fixing things. The idea that it has been shrinking is something that needs to be reversed. People who enlist in technical careers can do that,” Pinchuk said. “When I was young, a guy named Kennedy went to a podium and said, ‘we’re going to the Moon in a decade,’ and millions of young people enlisted in science and engineering. They enlisted in a cause. So, it’s possible to capture the imagination of the young, talk about the essential nature of what they do, and say this is what you should do, in fact, it is the interest of the nation and you will have pride and dignity associated with your job.”

Join the Conversation: How can America connect more young people to good jobs in automobile technology? Tell us your ideas on our Facebook page.