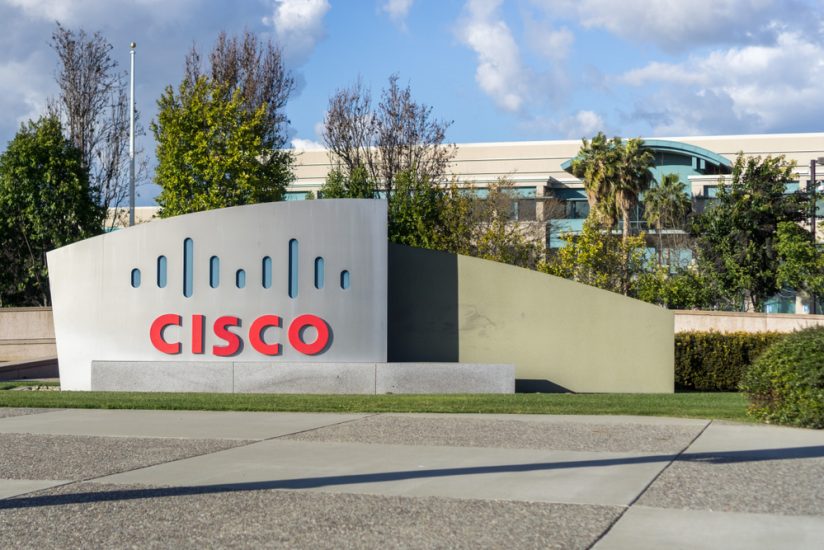 Cisco has turned its local need for a skilled tech workforce into a powerful learning platform with a global reach. Millions have had their lives impacted by the Cisco Networking Academy and Senior Vice President Tae Yoo says that the program is part of the company's goal to positively impact one billion people by 2025.
By Ramona Schindelheim
-
Share on facebook
Share on twitter
Share on linkedin

Over the past three decades, California-based tech giant Cisco has transformed itself from a hardware company to an internet company to a digital company. As technology has evolved and the company has expanded globally, its workforce needs have changed dramatically.

“We moved from an industrial economy and shifted to a knowledge-based economy. We were finding that there was a need for a lot of people with different skills,” according to Tae Yoo, Senior Vice President of Corporate Affairs for Cisco. An act of charity led the company to realize that education was the key to solving its talent shortage.

Twenty years ago, when internet equipment the company donated to a local school sat untouched because no one knew how to use it, Cisco stepped in and trained the school staff. Cisco also had its issues finding workers able to operate its new equipment. It found the solution. The Cisco Networking Academy was created that day.

“As you expand infrastructure and networks, you want to ensure that the local population is able to obtain the jobs that are available because of it,” explained Yoo, who drives the company’s social responsibility vision. “This was really an opportunity to open up more of a vocational approach and bring more people into the networking environment.”

What started out as a way to help Cisco with a pipeline of skilled workers has grown into an industry-wide tool. Now, anyone interested in acquiring the skills needed to get a high-paying job in tech can take classes at the Networking Academy. So, what began as a small public-private partnership is massive today with 22,000 educators at 10,400 academies in 180 countries. More than 8 million students have trained online or in person, learning networking, programming, security, the Internet of Things (IoT), and much more. The program is having an impact: 1.6 million men and women who have trained through the Networking Academy say they’ve gotten better jobs because of it.

Cisco is keeping pace with the changes in technology. The company was founded in 1984 by two computer scientists frustrated that they were having trouble emailing between two adjacent buildings on the Stanford University campus. The pair pioneered the concept of a local area network — you may know it as LAN — and the first multi-protocol router was born. Since then, the company has expanded into digital networking, security and cloud computing and has 73,000 employees in 380 offices in 165 countries.

Just as Cisco has grown with advances in technology, so has the Networking Academy.

“Knowing all the energy around the digital economy, and the impact it will have on the future of work, we look at it very strategically, and we look at where we are going to invest in additional courses,” said Yoo.

Many of the students who have taken Networking Academy courses are already employed, but not necessarily in the tech sector. They are curious about preparing themselves for the jobs of the future.

“We have these things called exploratory courses, so you can understand what IoT really means. What’s the big picture of what it enables,” explained Yoo. “Same thing with Intro to Cybersecurity and Intro to Big Data.”

Those introductory courses are free. From there, students can move into paid courses that can lead to industry-recognized accreditation such as the CCNA Security credential. “Security is fundamental in a digital economy. It’s not just a need for Cisco; it’s a need for every company. The certification, obviously, follows the individual who is certified,” said Yoo.

“Each year, we get more demand than we thought we would have,” Yoo said of the success of the Networking Academy educational model.

Cisco also partners with local community colleges and universities, giving them a free curriculum and offering blended learning — online training plus hands-on experience. “We want to simulate a real-world environment. We have instructors in class running some of the labs and coaching the students,” Yoo said.

“I’ve been at Cisco for quite a bit of time now, 29 years almost,” said Yoo. “One of the things that I am always cognizant of is that Cisco, and the internet and so many companies around the world, and so many companies that are yet to be born, are here because the Department of Defense and DARPA actually invested and catalyzed the development of the internet. What we are able to do with technology is so important to why we are here, and the veterans are an important part of the story.”

Cisco has partnered with other companies and states to offer tech training to vets. “For instance, in the Virginia veterans cyber training pilot, we’re offering our cyber courses like CCNA Security, and Cyber Ops from Networking Academy.” After training, Cisco uses its WebEx technology to help the veterans get hired. “Through our talent bridge, we work on recruitment and help them look at opportunities not just only within Cisco, but also opportunities with our partners who also need resources. One of those days about 50 percent of them had actually gotten job offers.”

Cisco is committed to serving populations that might not have easy access to current tech skills training. The company provides free equipment to programs operating inside prisons and homeless shelters.

“It’s in some prisons to help inmates as they transition out of prison to be able to have skills that actually are relevant into a world they’ll be stepping into that may have changed dramatically when they went in,” explained Yoo. “It is in a few homeless shelters as well because people who are homeless are not necessarily unskilled. They’re just going through a transition. That’s new skills they’ll have.”

“What we have seen, being in a fast-moving dynamic technology company, is that technology moves, and we have to move with it,” according to Yoo. “Over the next ten years, it’s forecasted about 4.3 million U.S. workers are going to be at risk of job displacement. Then another 2.2 million will have job replacement — the kind of work you do would be shifted. Automation and digitization will also create new jobs as well.”

“With all the energy around digitization and the impact it would have, I really wanted to focus on the upside of this,” said Yoo. “The upside is this that anyone can be a global problem solver. People locally probably have the best background and knowledge to address the problems that they have in their communities, then internationally. We want everyone to participate. So, we made a commitment that by 2025, we would positively impact a billion people with digital solutions.”

Cisco has a multi-pronged approach to its commitment. It is investing in local entrepreneurs with innovative digital ideas. Education remains key. Lifelong learning is built into the Cisco Network Academy philosophy. “The skills that we need today were not the ones you trained for necessarily, but you also learned how to do research, and how to continue to learn. Knowledge keeps evolving,” Yoo said.

“We know that the jobs of the future are yet to be created and so those of us who continue to learn and get new skills are going to be the job creators of the future,” said Yoo. “We know that if you’re a job creator of the future, you’re probably an innovator and maybe have an entrepreneurial bent. If you don’t have one, we want to teach you to have that muscle, that you can innovate. That’s the beauty of the digital economy. If you have access, you can actually participate.”

Successful businesses are continually evaluating whether an initiative is still relevant, or still the best solution to the problem, in this case closing a skills gap. “There’s a lot of things we could do, we just want to ensure that we have a strategic investment in things that are having an impact,” Yoo said.

“The Learning Academy was originally designed so that we could teach individuals to design, install and maintain networks which were the backbone of the internet, but now it is critical and fundamental in the digital economy as well,” said Yoo. “That’s why it’s been around for 20 years.”

Join the Conversation: Tell us what you think about Cisco’s continuing mission to deliver tech skills training through the Cisco Networking Academy on our Facebook page.