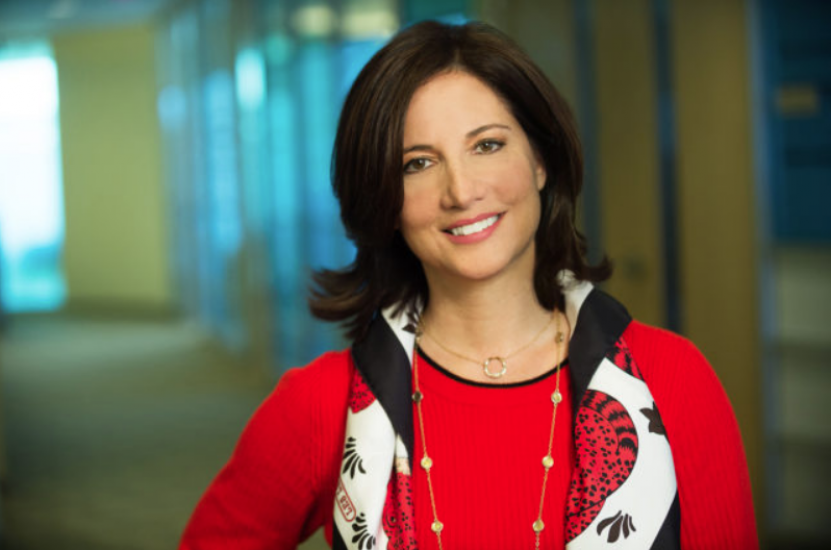 Closing the Gap Through Diversity – Liz Lewis of Takeda Pharmaceuticals

Businesses around the globe are all facing the same issue—there are not enough people to fill the highly-skilled roles they have open. These are jobs that demand expertise in science, technology, engineering or math. The skills gap hits all industries, from manufacturing to telecommunications to biotech, and they’re all worthy of a closer look at their workforce needs and how they are trying to fill them. One industry report caught my interest recently. It focuses on diversity.

Massachusetts has the greatest concentration of bioscience companies in the country, more than 975, many of them in the Boston area. MassBio is a non-profit with a stated mission of advancing leadership in the life sciences to “grow the industry, add value to the healthcare system and improve patients’ lives. “Leadership” is the key word here.

A MassBio report, released in September in collaboration with the executive search firm Liftstream, finds that there’s a significant gender gap in the industry and it continues to widen the higher up you go in a company. While men and women equally aspire to the C-Suite, at the most senior level, just 24 percent of the executives and 14 percent of the board members are female.

Those numbers are important to women in biosciences field. The report finds that 46 percent of the women in the industry say they are less likely to join companies that have all-male boards, executive teams and hiring managers. Taking nearly half of the available workforce out of the potential hiring pool creates a bigger problem for companies trying to fill important STEM-based roles.

Closing the gender gap can help close the skills gap and it is good for business. “We know that companies that have women as part of the executive team are higher-performing than those that don’t, and that’s true with diversity, generally,” says Liz Lewis. Lewis has worked in Boston for Takeda Pharmaceuticals for nearly a decade, starting at Millennium Pharmaceuticals, a company acquired by Takeda. She now serves as the company’s Chief Counsel and Chief Compliance Officer, as well as the Head of Patient Advocacy.

Takeda is an emerging global leader in the pharmaceutical industry and works to develop therapies and drugs for a number of diseases and disorders. Lewis works in the mobile oncology business unit, which develops medicines to treat people with cancer.

“We have a couple of products in the market here in the U.S. that are focused on multiple myeloma, which is a cancer of the blood. We have additional medicines, outside of the U.S. market, that also are focused on different types of blood cancers. We have a product that we recently launched it earlier this year, that is focused on a specific subtype of lung cancer.”

Last year, Takeda was named as one of the top places to work in Massachusetts by The Boston Globe. One in five of its senior executives in the U.S. is a woman, which is slightly about the industry average. “I think it’s amazing that Takeda is above the industry standard. But I can’t believe that we are in 2017, almost 2018, and we’re talking about having 20 percent of an executive management team as women as being above average,” says Lewis.

She says that Takeda has made a commitment in the U.S. and Japan to build a more diverse workforce and has a strong commitment to develop female leaders. She’s helping honor that commitment, through her executive role at the company, and as a role model and mentor in the industry.

Lewis and Takeda are active in industry groups working to advance women in the pharmaceuticals, biotech, and the life sciences, including Women’s Unlimited Program and the Healthcare Women’s Business Association. Takeda also has an internal mentorship program, something Lewis says is important in attracting and retaining the top female talent.

Mentorships have been proven to help women and men climb the corporate ladder because they help closer align an employee’s skills with a company’s or industry’s goals. At present, 75 percent of the bigger biosciences companies offer mentorships, while just 13 percent of smaller and start-up biotech businesses have a program in place.

“I have been so incredibly blessed that I had amazing mentors. A strong female mentor helps you have a vision of how to get where you want to be,” Lewis tells me. “There’s no model that is right or wrong. It’s really kind of talking to lots of different women and finding models and examples of what you think works for you.” She does believe seeing more women in executive roles will attract more girls to STEM careers and the bioscience industry.

“Just having those strong role models becomes important. Science is really cool. I think we need really good science teachers, especially at the high school level. Having more science teachers that are women is an important thing, as kids start to shape what they’re interested in, and really begin to define what they think is possible in the world for them,” Lewis says.

“I think when you look at the generation of kids who are in high school, it’s a mission-driven generation. If you can instill in them the sense of kind of mission and helping others, I do think it attracts kids to science,” says Lewis.

Lewis—a lawyer by training—has always been interested in science. “I’m the daughter of a physician. I always gravitated to the life sciences because I find it so intellectually interesting. I also had a mother with a very, very serious chronic disease. I grew up living with that. To be able to give back to patients and their families, and caregivers kind of in a way was just something that became important for me.”

That is where a strong network of working women can come into play. “I think men are fortunate because male networks have existed for far longer. We have to support each other, and we have to create the mechanisms for networking,” says Lewis. That networking can make women aware of opportunities that they would never have known about without that system of support.

“Having a career path that you really enjoy requires one to be a little bit opportunistic. Women tend to focus on what they have done rather than what their potential is. Whereas men, a lot of studies show, focus on their potential. So, it’s getting women to always be more cognizant of where they can be, and focusing on their strengths and not their weaknesses,” says Lewis.

Lewis says some of the women she has mentored are concerned that they will miss opportunities to rise to senior levels because they want to take time off to start a family. As the mother of two teenagers, she urges them to “understand that a career is a very long thing, a blip for a year or two here, or a year or two there, really, in the long run, doesn’t make a difference. I think having that long-term perspective is important.”

Lewis says that by allowing her career to take a left turn at points to be able to have—in her words—”really cool experiences” is what allowed her to reach the executive level. “I think that so many women I see are so focused on the end goal that they don’t allow themselves to experience the journey. And I think that the journey is often what defines success.”

The MassBio report expresses concern that unless the bioscience industry takes immediate action to ensure that more women wanting to join the executive ranks get the encouragement and, importantly, the opportunity, there will be fewer women in the STEM talent pool. To quote the last line of the report: “The time to act is now.”