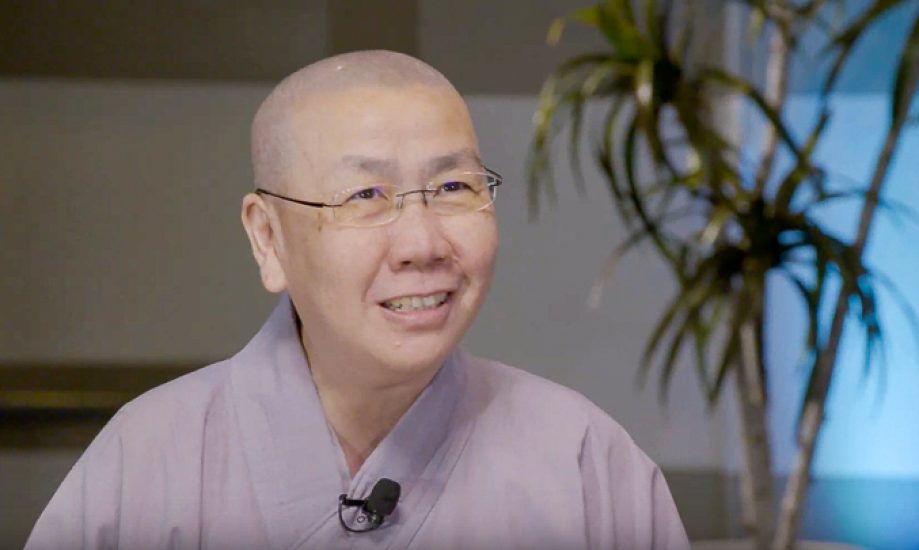 The Table: Your job does not define you

When you meet someone new, what is the first thing you ask them? Most likely the answer to that question is “what do you do for a living?” As a society, we take note of the kinds of jobs or careers our friends, neighbors, and acquaintances have. We identify other people and ourselves as lawyers, teachers, factory workers, store clerks, and more. That identity is important to us. It gives us a sense of dignity.

Finding a pathway to a good paycheck, especially as technology changes the kinds of skills that employers are demanding of job seekers, can be challenging. Being unemployed or underemployed — even the threat of not having the skills needed to find a new or better job — can rob a person of their sense of self-worth. Having a good job is not just about that paycheck. It is about meaning and purpose in your life.

WorkingNation was curious. How do various religions attempt to provide meaning, dignity, support, and comfort for people as they try to navigate these uncertain times for the future of work?

On a recent Wednesday evening, we brought together some of the nation’s leading religious leaders and scholars to examine the linkage between employment, purpose in life, and faith. The setting was fitting for the discussion — The Skirball Cultural Center in Los Angeles whose underlying theme is to bring together and create understanding among people of all communities.

There were two discussions, both lead by Justin McDaniel, a professor of Religious Studies at the University of Pennsylvania. The first focused on religious teachings on work and purpose. The second turned to the practical, looking at jobs and training programs that faith leaders are leading in their communities.

The overriding sentiment in both conversations was that your job, or lack of one, does not define you, despite society’s general tendency to do so.

“When you first meet someone and they’re not working, they are immediately put in this place in which they either make some kind of excuse, or they have to allow themselves to feel the judgment. There’s a certain social shame,” explained Rabbi David Wolpe of Sinai Temple in Los Angeles, named the most influential rabbis in America by Newsweek Magazine.

“I don’t want to diminish the existential fear of someone who comes and says ‘I can’t make a living’ by saying it’s more important that you relate to other human beings,” he added. “Because that’s part of the fear that they have that ‘People are going to abandon me if I’m not seen as somebody who can generate some kind of use in society.’”

“Within the tradition, one of the things Buddhists talk about a lot is our fear of impermanence. We need things to be always permanent, somehow,” said Shi Zhiru, professor of Religious Studies at Pomona College in Claremont, California. “What I talk to my students about, and they find it useful, is to turn away from oneself and turn our attention to other people. That instantly removes fear and allows us to be more productive on what the actual problem, social problem, is and to find some kind of combined ways in which our strengths can be played out.”

“It’s a really powerful conversation to say to someone at a Seder or at an Iftar, in the Muslim tradition, ‘I hear what you’re going through and I also know that you come to us with full, endowed dignity from God, and that we are here as a community to work with you on making sure you are able to obtain work that’s meaningful to you’,” offered Professor Najeeba Syeed, associate professor of Interreligious Education at Claremont School of Theology in California.

“When you consider the role that work plays in society and economics, and in our own personal lives, it’s obvious that it’s really a key question both to our individual personal well-being, but really to the well-being of society in general,” said Father Allan Figueroa Deck, a distinguished professor of Theology and Latino Studies at Loyola Marymount University, Los Angeles. “In our Catholic tradition, we try to take a comprehensive view and place it in a broader perspective, of the well-being of the whole human race.”

“The Buddhist perspective certainly shares in a lot of resonances,” said Professor Zhiru. “One of the things I want to bring out within my own Zen tradition is that life is a process. Everything is always undergoing change. And the changes will be evolving as it goes and training our self, as well as adapting our self, to different job circumstances is definitely part of that.”

“An oral tradition of the Prophet Muhammad is that education is incumbent from the cradle to the grave. So, this idea that losing your economic sustenance may actually open the door to another form of education allows for a way for someone who has a religious perspective to think maybe this is an opportunity to engage in a new form of education’,” explained Professor Syeed. “Another oral tradition of the Prophet is that God loves anyone who when they do something they do it with perfection.”

Jonathan L. Walton, professor of Religion and Society of Harvard Divinity School and a minister at the Memorial Church at Harvard University, agreed. “It doesn’t matter whether you’re a physician or whether you’re cleaning up the operating room, both are contributing to sanitary cultures of healing. Instead of looking for meaning, you’re making meaning. If you sweep floors, you sweep floors like Picasso painted paintings.”

“Every year I have freshmen that come in to meet with me and they think they have five career options — a lawyer, a doctor, an engineer, high-finance, or a ‘loser’,” explained Professor Walton. “What I try to help them to see, out of my own Protestant tradition, is this sense of vocation. That whatever it is that becomes your lot in life to do, that’s God’s call on you, and therefore you do it and you live out your innate dignity through that labor.”

“Most of what we’re discussing is an economic question of somebody who loses their job to be able to support. But, since we’ve been having the ‘meaning’ conversation, someone who decides to be a candy-striper in a hospital, or somebody who decides to volunteer at a non-profit, or at a church, or at a synagogue, or at a mosque, or at a temple, that’s work,” offered Rabbi Wolpe. “It’s just that, it’s not work that brings home a paycheck, but it’s work that fills the soul.”

Father Deck continued that line of thinking. “A merely materialistic understanding of the meaning of work, or a merely economistic idea of the meaning of work, really doesn’t quite make it, because work is about any kind of purposeful activity. I know that in the Abrahamic traditions, God is creating, God is working, and that the human person is made in the image and likeness of this creative God. So work in all its forms is sacred.”

Professor McDaniel shifted the discussion from the theoretical to the practical with the next group of leaders.

Umar Hakim is the Executive Director of the Intellect-Love-Mercy Foundation, a faith-based Muslim organization operating in and around South Los Angeles. “Today’s jobs won’t exist 20 years from now. We are launching a new approach called ‘community accountability.’ We are teaching or identifying the talents people have to have to become entrepreneurs.”

Hakim said many of the men and women the organization serves are formerly incarcerated. “We take them on a retreat in the hills and help them develop the leadership training they are going to need, not only on the job but in the community and in any other environments that they approach. We have to prepare the urban communities for the future of things.”

The Catholic Archdiocese of Los Angeles has been providing job assistance to youth and young adults in underserved communities through its AYE program. “They have problems jumping into the job market because they don’t have the experience,” according to Kathleen Buckley Domingo, senior director of Office of Life, Justice and Peace for the Archdiocese.

“The program provides paid internships. It gives them skills, gives them an income, but also gives them a foot in the door. So many of these young people are hired in these companies as a result of the program,” she said.

According to AYE, more than 2,000 people have gone through the training program and another 1,500 have received job referrals and placements.

“Certainly our religious tradition is very founded on understanding our own personal dignity and understanding that purpose and meaning in yourself, your relationship with God and neighbor,” Domingo continued. “So then, everything else comes second. It’s very important and it’s very helpful when we focus on that, that you are wonderful no matter what you’re doing.”

The Church of Jesus Christ of Latter-Day Saints has an online education initiative called BYU-Pathway Worldwide, which combines academic and religious courses. “Oftentimes, we find that people are afraid of education and they can’t afford it. This is a low-cost bachelor’s degree, maybe $10,000,” said Brian Ashton, VP of Field Operations for Pathway Worldwide.

“The first year’s all about learning to succeed, overcome that fear, and then you start earning professional certificates. Those stack into a college degree. But you’re able to improve your skill set, you’re able to get a better job and improve your income along the way.”

“All of our programs are faith-based,” explained Ashton. “We think that’s important because, as we choose to say, there are people who will help me, there’s a higher power who will help me, and God will help me. That empowers us. It helps us to say, ‘I’m not alone’.”

JVS SoCal was founded in Los Angeles in 1931 by Jewish immigrants who had become successful in the United States and wanted to help other newly-arrived immigrants. Over the decades, JVS has become a non-sectarian training program. Katherine Moore is the Senior Vice President of Communications for JVS. “We operate federally-funded work source centers for America’s Job Centers, which are open to any job seeker.”

Moore pointed out that many of the people they are helping are jobless and living in homeless shelters, or worse. “We had someone living in a public storage unit for eight months, who didn’t tell the instructor until the end, who showed up every single day on time, and who landed a job that actually came with a subsidized living. He became a certified apartment maintenance technician. As a result, he was able to reunite with his child and start to rebuild.”

“We want to change the paradigm of charity,” said Moore. “There’s a concept in Judaism called tikkun olam, which is repairing the world. And what that means to me is empowering people, giving them the tools, giving them the resources, so that they can create for themselves.”

Both roundtables hosted by Professor McDaniel at the Skirball Cultural Center were recorded and will be available here at WorkingNation.com in the coming months.

Edited for brevity and clarity. 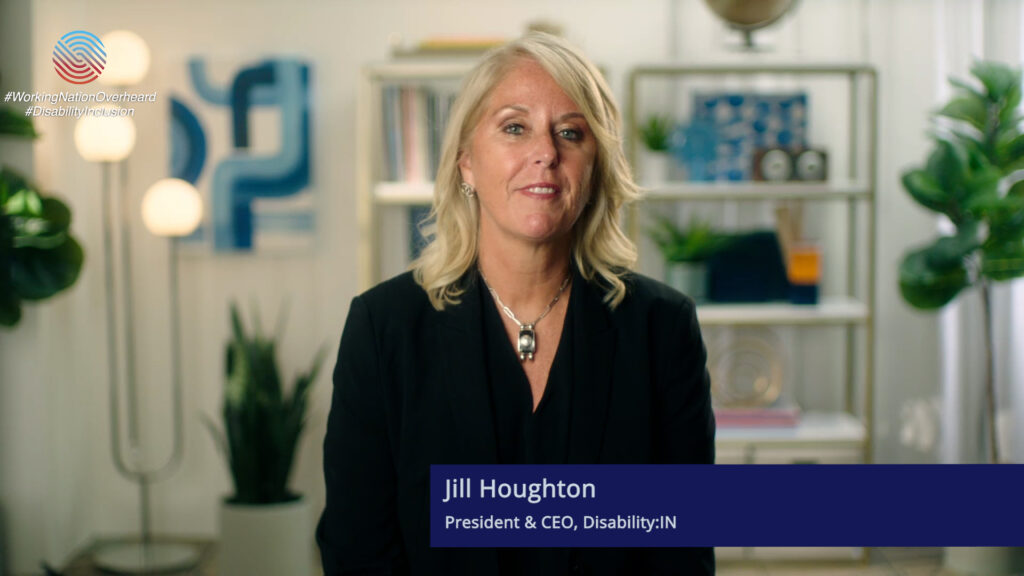 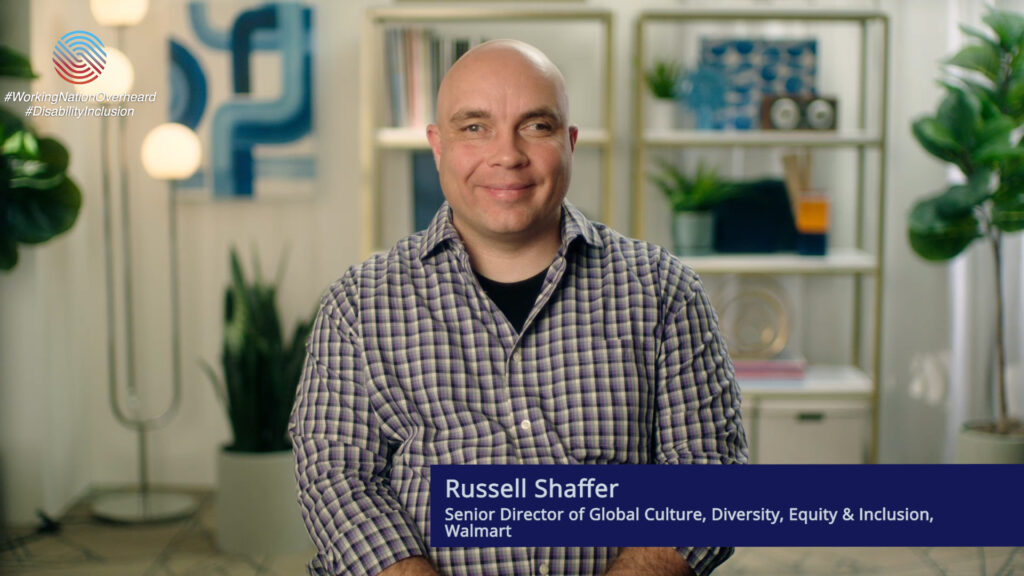