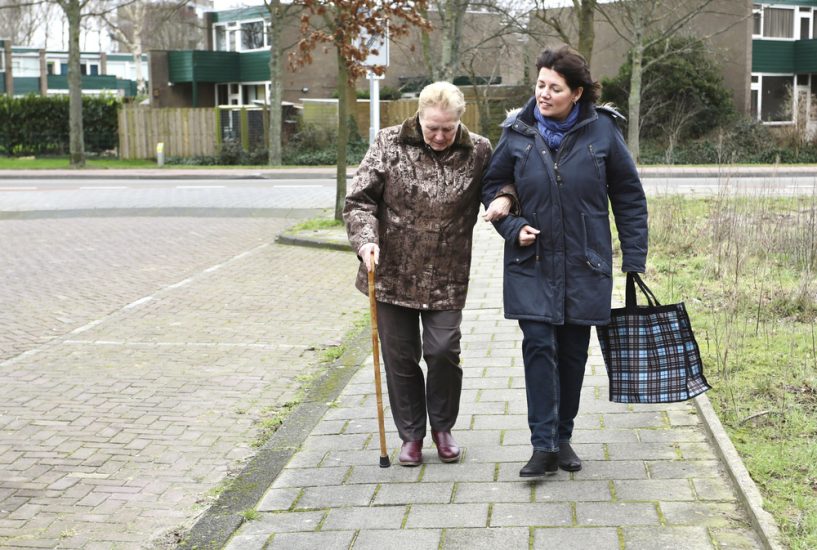 Caring for infirm loved ones can take its toll, financially and emotionally. A new video raises awareness of the plight of home caregivers and what is being done to improve their lives.
By Matt Parke
-
Share on facebook
Share on twitter
Share on linkedin

An issue that connects all of us is caring for a loved one who is unable to care for themselves. Yet, there is little progress being made to support home care providers — the workers and family members we count on every day to care for the elderly and disabled.

Caring Across Generation’s Co-Director Ai-jen Poo drives the message home that our caregivers are being overlooked when we need them the most.

The tidal wave of our rapidly-aging society is reaching its apex, according to Poo, who adds “We’re about to have the largest older population we’ve ever had and really no policies or infrastructure to support it.”

Here’s why we should be doing more to support our caregivers pic.twitter.com/o7in8k5dcY

She’s right. Poo cites an oft-repeated and fact-checked statistic about the ongoing retirement of Baby Boomers. 10,000 boomers turn 65 each day in America, putting pressures on their offspring who must sacrifice their time and incomes to care for them. The burden, both psychological and economic, is left to them when they cannot afford an in-home worker or a nursing home.

This is resulting in more than 40 million workers who devote at least 20 unpaid hours a week to caregiving, Poo says. Quartz reported that people who leave the workforce to care for an aging relative could cost an average of $304,000 in lost wages and benefits.

Add to this the 2 million home care workers who make a median hourly wage of $10.11, and a picture of an overworked and underpaid workforce comes into focus.

The low pay and little regard in-home workers and family caregivers couldn’t come at a worse time, but there is hope that attention about this issue is getting policymakers to act. Hawaii became the first state to pass a law that provides economic assistance so full-time workers can keep their jobs while caring for elderly or sick relatives.

The Kapuna Caregivers Act mentioned in the video allows caregivers to collect an extra $70 a day to supplement their incomes for what is essentially working a second job. The success of this law is prompting other states, like Maine, to act. A similar universal home care bill — funded by raising taxes on high-earning Maine residents — will be on the ballot this November.

While a large part of lawmakers’ attention is on the economic health of entitlement programs and what can be done to shore them up, a hidden epidemic of a labor shortage in the home healthcare industry is also ignored. By 2040, there will be a deficit of 350,000 paid care providers if the incomes and status of these workers are not improved, The New York Times reported last summer.

WorkingNation featured an organization that is working to raise the wage and training standards of home health workers as part of our Do Something Awesome mini-documentary series.

RELATED STORY: One company’s solution for filling the demand for home care providers

PHI’s program is a 3-month training session for current home care workers to add to their caregiving skills to become a Senior Aide. The increase in skills can come with a higher paycheck and prestige, as in the case of our video subject Marisol Rivera. Helping these workers earn a living wage is the way to get more people to take on this vital role.

What is happening now in Hawaii and through organizations Caring Across Generations and PHI is the beginning of a revolution in how we care for our caregivers. We should take Poo’s advice and think of them in a “wholly different way.” Maybe it is as simple as thinking of caregiving as the second career destined for all of us.