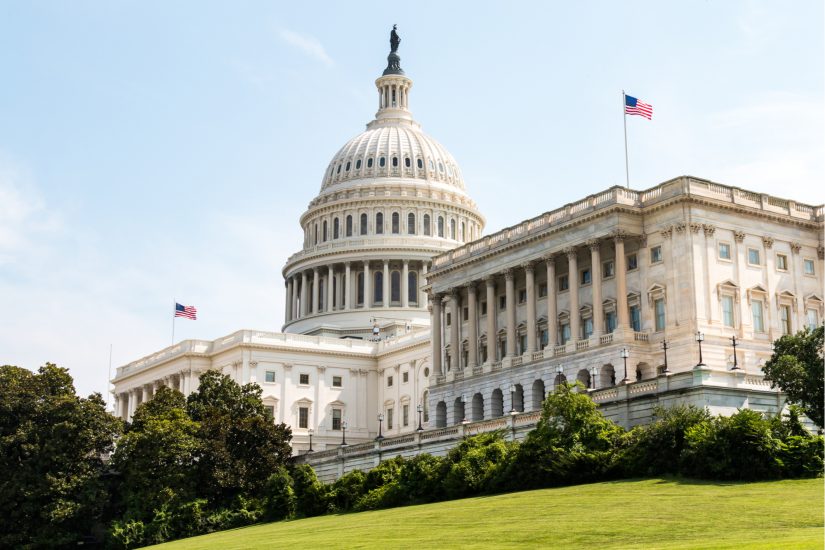 “He shall from time to time give to the Congress Information of the State of the Union, and recommend to their Consideration such Measures as he shall judge necessary and expedient; he may, on extraordinary Occasions, convene both Houses …”

That is how Article II, Section 3 of the United States Constitution outlines the president’s duty to inform the country. Regardless of what it’s called, there is little doubt that President Trump’s first speech to a Joint Session of Congress will lean heavily on the subject of jobs.

After eight years of the Obama Administration, the unemployment rate now sits at 4.8 percent and the underemployment rate which includes discouraged job seekers who have stopped looking for work is at 9.4 percent. Many economists believe the economy is at what is called “full employment.”

On the surface, those are pretty good numbers. But Trump has called the situation a mess, and the numerous displaced workers who remain on the sidelines, struggling to find a job, certainly agree. In his inaugural address, Trump painted a pretty gloomy picture. “Rusted out factories are scattered like tombstones across the landscape of our nation,” he said, adding, “The wealth of our middle class has been ripped from our homes and redistributed all across the world.”

Sure, the U.S. has lost 5 million manufacturing jobs since 2000. Almost all the 11 million jobs added under President Obama came in the service sector, which covers everything from technology and business to retail, hotels and home health care.

It has become fairly routine for the president to discuss jobs and workers during this speech to Congress and usually, it is with an optimistic eye towards the future. So what can we expect to hear from Trump?

A top White House adviser tells Axios’ Mike Allen: “President Trump is determined to capture the sunny optimism of Reagan to temper the populist anger reflected in his core policies.”

We talk about it consistently and solutions cannot be applied to manufacturing alone. All sectors and factors must be addressed together; globalization, technology, an aging population and a broken education system form the four pillars of Structural Unemployment.

Outcomes certainly will be impacted by federal policy. But it is urgent for President Trump to look past one-off deals with manufacturers and explore real and scalable solutions at the local level with corporations, educational institutions and philanthropies leading the way.

We asked Carl Van Horn, director of the Heldrich Center for Workforce Development at Rutgers University, what he would like to hear from the president.

Trump is in fact pushing to spend up to a trillion dollars on infrastructure improvements. He told a gathering of the nation’s governors that “We’re going to start spending on infrastructure, big!” Adding, “It’s not like we have a choice. And it’s also going to add jobs which is a good thing.” But there are indications Congress may take a detour, delaying plans until 2018.

Because Barack Obama took office during the Great Recession, jobs regularly took center stage during his speeches. Keen observers point to a dramatic change in tone between his final two versions, moving from unabated optimism to a more realistic analysis of the road forward for his successor. Which leads one to wonder whether Obama received new advice and knowledge or just felt freer to speak truth to power in his final year in office? And more importantly, how will Trump use the past to pave the way to the future?

To understand where we are today, it is helpful to look at where we came from.

As far back as 1940, Franklin Delano Roosevelt made the argument that education is integral to advancing the workforce.

While not speaking directly to Congress, FDR addressed the University of Pennsylvania’s bicentennial celebration.

Not surprisingly, modern talk of education/globalization took off with President Bill Clinton.

The economy was doing pretty well, so his themes were more about improving things for the lower earners and pushing the country forward. And he certainly understood the intersection between education and globalization. In his 1998 State of the Union, he looked ahead, renewing his three-year-old pledge to narrow the employability gap.

Congress did in fact pass the Workforce Investment Act of 1998 and Clinton kept going, despite his other problems.

In 1999, right in the middle of impeachment proceedings, Clinton kept pushing, invoking a term we have come to use to describe one of today’s core issues.

As he prepared to leave office in 2000, Clinton was able to take credit for creating more than 20 million jobs during his term, dropping the unemployment rate below 4 percent.

Yet for all of Clinton’s problems, he was just a man from Hope, Arkansas. And, while he knew what was important to middle Americans, he also saw the globalization issue heading straight for our shores.

Conversely, George W. Bush inherited a booming economy from Clinton and gave little attention to jobs in his initial address, instead, concentrating on pushing tax cuts.

Of course in his speeches after 9-11, the war on terror dominated the conversation. Those seven years took their toll and sent the economy into a rapid downward spiral in Bush’s final year.

By 2009, Barack Obama took office right in the middle of the great recession he inherited.

He certainly recognized the dangers of globalization, but essentially he spoke in very general terms about jobs, instead focusing on the banks and the financial crisis, just hoping to stop the bleeding. He quickly got Congress on board, signing the broad and sweeping American Recovery and Reinvestment Act.

The Congressional Budget Office estimated that the stimulus saved 2.1 million jobs by the last quarter of 2009, boosting the economy by up to 3.5 percent and lowering the unemployment rate by as much as 2.1 percent.

By 2011, the recovery was in full swing and things seemed to be looking up. But once again, the world economy was the lynchpin for seeking progress in jobs. And yes, acknowledging the downturn in industrial manufacturing.

And with 20-20 hindsight, you can see the seeds of the election of 2016 being planted in the minds of the people left behind. Certainly a familiar theme. The message is, get on the train. But in the workers’ minds, they were either thrown off or the train never stopped at the station.

2012 was an election year and maybe Obama saw the light? Again, with 20-20 hindsight this sounds very different.

It’s also easy to see how Congress failed to help Obama get anything done.

Fact Check via The Wall Street Journal: In reality, it took until September 2014 and November 2015 when Treasury officials announced that they would tighten rules and make it harder for companies to move their tax addresses overseas. Legislative efforts never advanced.

Fact Check via Washington Post: This has been a frequent refrain for the president. He first proposed in 2009 a $12 billion “American Graduate Initiative” for community colleges, but the plan was scaled back to just $2 billion over four years; only $1 billion in grants have been awarded. After the State of the Union address, the president called for an $8 billion fund called the “Community College to Career Fund.” But the plan also went nowhere.

Needless to say, there was no shortage of talk. Which brings us to the final two years of the Obama Administration and a lot of lofty goals.

Fact Check via Politico: Obama launched the TechHire initiative, which got companies and communities to offer training, such as coding boot camps, to low-income workers and minorities. And the administration launched a $100 million grant competition for innovative training programs.

By the time Obama delivered his final State of the Union Address, he was ready for a victory lap.

But after seven years in the White House, he finally seemed to face the reality that outside forces were pulling harder and faster than even he could keep up with.