A new report from the Georgetown University Center on Education and the Workforce said that universities should rethink the value of higher education and how they prepare the next generation of workers.

Short of calling for a complete revolution of the system, the Georgetown Center report advocates new rules to transform the traditional college experience and help schools adapt to the economic pressures presented by the widening skills gap and a looming unemployment crisis.

“Higher education has become a $500 billion computer without an operating system,” said Anthony P. Carnevale, director of the Georgetown Center and lead author of the Career Pathways: Five Ways to Connect College and Careers report.

For the nearly 5,000 universities and colleges in the United States, this is a serious indictment of our traditional notion of the purpose of a college education. The Georgetown Center said that the new economy is “trickier” for students and mid-career workers to navigate and not all schools, majors or degrees are created equal when it comes to the cost and promises of higher education.

No longer, the report said, should students count on landing the well-paying job they want based solely on their choice of major. They need to be better informed on the rate of return their potential career path would provide versus the amount they would owe in student debt.

“Learners and workers need a modern guidance system with clear and comprehensive consumer information that will help them make good college and career decisions,” Carnevale said.

According to the report, this new system requires the creation of a “Learning and Earning Exchange” and with it, increased access to career counseling and skills assessment for the diversified student body.

Explaining the earnings gap between majors- for example, a petroleum engineer will make $3.4 million more than someone majoring in early childhood development- will make a difference in connecting undecided students to high-demand careers in the job market. The report noted Indiana’s online database IndianaSkills as an example of an accessible platform for students and employers to this type of information.

The exchange would also explain that college might not be an individual’s best option. A transparent system would show that a typical bachelor’s degree might not be useful or affordable as an IT certification obtained at a technical school. More transparency from colleges in this regard would go toward saving higher education from sliding further into “mediocrity” and making them valuable partners in maintaining a strong economy, the report said.

Keeping local economies productive also requires a steady replenishment of trained workers. The report suggests that states begin to forge more public-private partnerships with the companies in their regions to share data. States like California and Connecticut are pioneering new programs which use jobs data and market analysis to allow colleges to create, discontinue or modify their curricula to better suit their state’s workforce needs.

If students and colleges utilize the data to spend more wisely then this has direct effects on state budgets too. The Georgetown Center said that policymakers can benefit from their ideas because schools could operate more efficiently and soaring costs could be reined in. This in turn allows elected officials to properly allocate resources and support more training programs which keep students (and future taxpayers) living in their states.

Post-secondary education remains the top choice for learners and mid-career workers to gain the skills to enter the new economy. Communities thrive when workers of all skill levels have access to affordable education. Companies are more likely to relocate or stay within regions where they have trained workers to hire. What the Georgetown Center is promoting isn’t going to upend the ivory tower. Their ideas are already in place and working.

Join the Conversation: What do you think of the suggestions in The Georgetown Center Report? Have your say on our Facebook page. 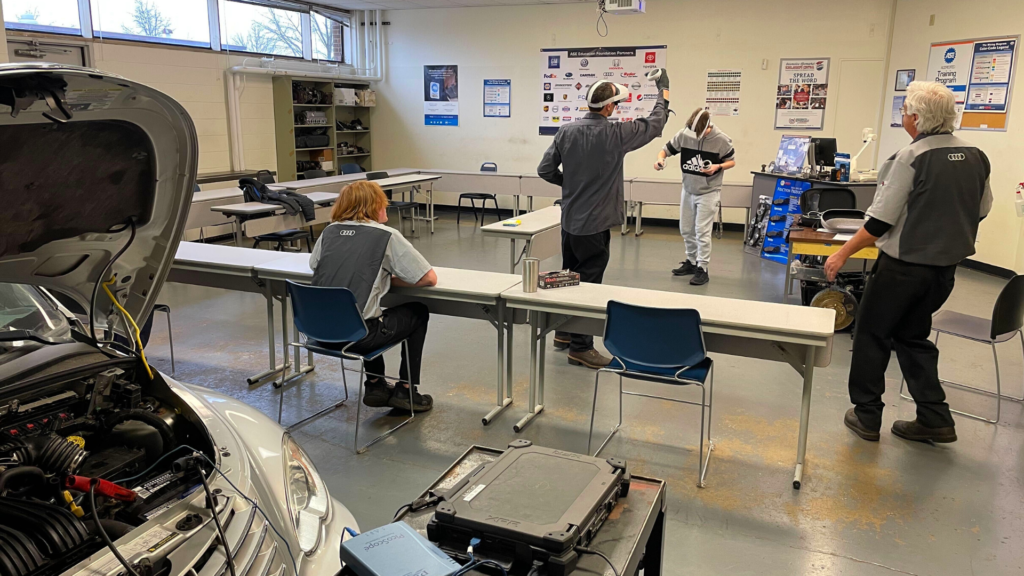