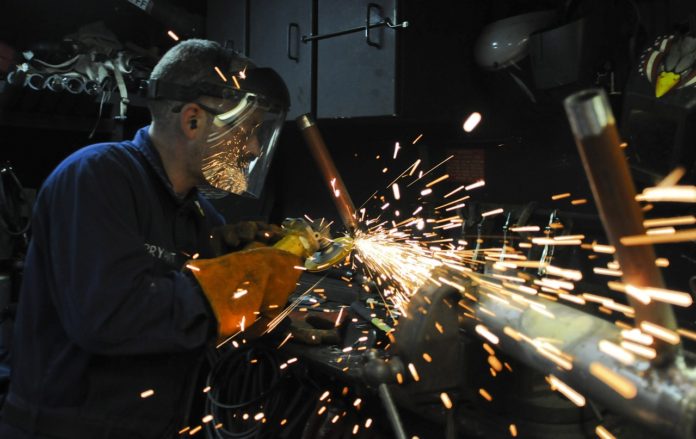 The latest jobs report from the Labor Department was released Friday ahead of the general election offering insight into the areas where employment is growing and where it is stalling. While the overall numbers are great for headlines, it’s what is deep inside the reports that offers the most insight into the changing landscape of the workforce.

Average hourly wages rose 2.8% over the past year — the highest since June 2009 — and unemployment dropped to 4.9% from 5% over the previous month, according to the report. 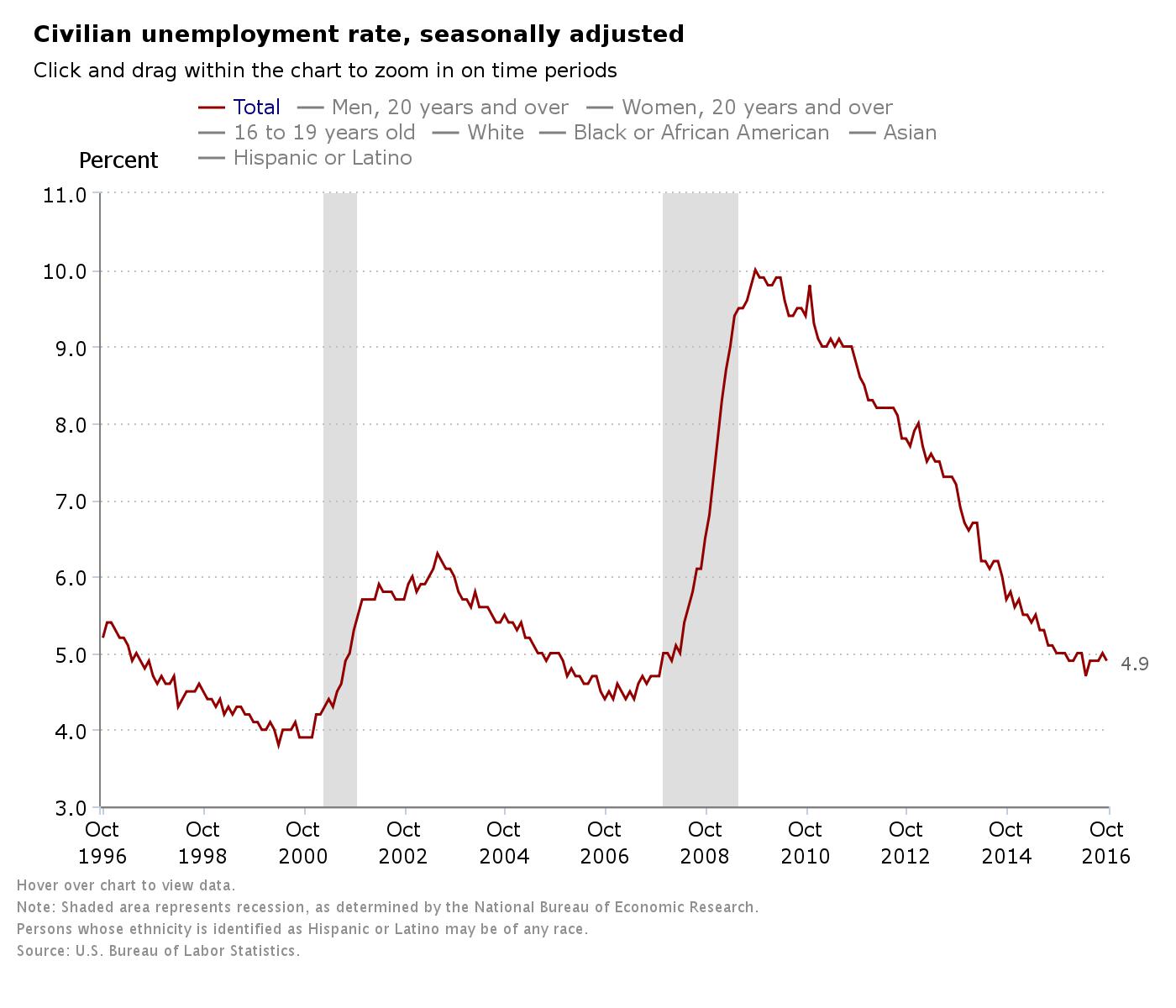 And while the report shows the jobs outlook overall looks promising and continues its upswing, there are still areas for improvement.

There are industries where growth in employment continues to trend upward such as health care, professional and business services, and financial activities. But this growth was not seen across the board as many industries — including mining, construction, manufacturing, wholesale trade, retail trade, transportation and warehousing, information, leisure and hospitality, and government  — saw little change.

The number of people struggling to find full-time work remained unchanged in October with 5.9 million people stuck working part-time jobs because their hours had been cut back or because they were unable to find full-time work. And the labor force participation rate, the number of working-age people who are employed or looking for work, slipped to 62.8 percent from 62.9 percent.

The number of people holding multiple jobs to make ends meet was up from this time last year, according to the report. This is not surprising considering economists have been pointing to the skills gap issue in this country where employers are having a hard time finding “trained” workers to fill higher wage positions leaving many to settle for lower pay, hourly wage jobs. So while the overall unemployment numbers seem promising, the quality of work life for many people is not ideal.

So what are industries that are excelling doing and how can people keep from falling through the cracks?

Healthcare providers, like the Carolinas HealthCare System, have been addressing the skills gap problem by developing partnerships with educational institutions and the military and veterans to train and place future employees. These employers also are shifting from acting as parents for employee children, to becoming partners for employee consumers.

An example of an industry where people are falling through the cracks is in manufacturing. Companies, like Indianapolis-based Carrier Heating and Air Conditioning, are either opting to move to other countries, or they are replacing workers with robots and other forms of technology to save money, leaving workers high and dry.

What will be interesting is seeing how this latest report will play out politically as people head to the polls and what solutions either candidate will bring to their administration. Donald Trump has touted a grave jobs outlook highlighting the loss of manufacturing jobs and will most likely continue that push with October’s report showing a loss of 9,000 jobs in that sector, a thousand more than the previous month. While, Hillary Clinton will most likely continue to focus on the continued drop in the unemployment rate and the creation of roughly 15 million jobs since President Obama took office during the greatest recession since the Great Depression.

Regardless of where you fall on the employment scale, American workers are facing a changing and challenging workforce where re-skilling is becoming crucial and working dozens of jobs in your lifetime is becoming the norm. Businesses are working hard to develop strategies to fill the skills gap and FutureProof their industries as people try to adapt to the changing landscape. The best thing you can do is find an industry that is for the employee and arm with yourself with the skills to stay employable well into the future.

Are you FutureProof? Take our quiz and find out!

Per Scholas: Three solutions to the cybersecurity worker shortage