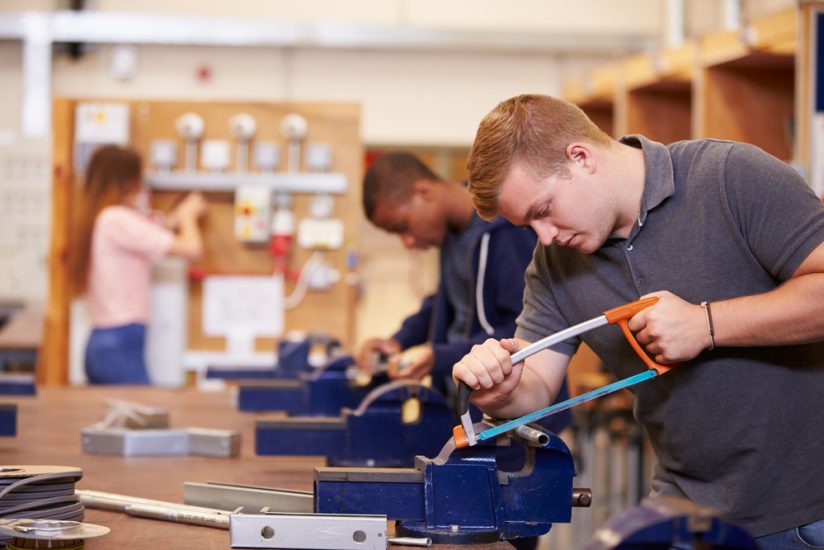 A lot can change in 12 years. In the time since Congress last updated the Carl D. Perkins Career and Technical Education Act, the economy went through a recession, technology upended work skills and more baby boomers exited the workforce which contributed a labor shortage across multiple industries.

The U.S. Senate passed its version of the Strengthening Career and Technical Education for the 21st Century Act on Monday night. The House of Representatives followed through on Tuesday approving the changes and sent the bill to President Donald Trump for ratification. Trump is likely to sign the reauthorization soon to continue his administration’s push for increased workforce training.

The bill is an overhaul of the Perkins Act of 2006 with some significant changes. Beyond the nearly $1.2 billion in federal grants allocated to vocational training for secondary and postsecondary schools, states will be able to determine how they can spend this money with less oversight from the U.S. Department of Education. This flexibility, lawmakers and industry leaders say, will enable states to allocate funding to programs tailored to their workforce needs.

WorkingNation supports this legislation and its speedy approval by President Trump. Jane Oates, the WorkingNation president, said that the Perkins Act represents government unity for a critical labor issue.

“The passage of this bill is a tribute to bipartisan, bicameral hard work and compromise. The action recognizes the importance of career and technical education for secondary and postsecondary students. This is a great win for people working every day to equip people with 21st-century skills,” Oates said.

“The House just overwhelmingly passed an overhaul of our country’s career and technical education system, helping Americans get the skills the need to find a good-paying job. This is great news for countless families and our economy,” Ryan said.

Senate Education Committee Chair Lamar Alexander (R-TN), who authored a key amendment limiting federal oversight of CTE spending by states, said that the revamping of CTE comes “at a time when our economy is booming [and] companies are looking everywhere for skilled workers.”

“This legislation is about providing students and workers with the skills they need to compete for good-paying jobs today and in the future,” Casey said in a statement.

With a record amount of job openings surpassing the number of unemployed workers, employers and policymakers have blamed the skills gap for holding back workers from attaining new jobs. Technology and outsourcing have reshaped the nature of work and more than half of today’s jobs require some postsecondary training and certifications. A high school education is no longer a guarantee of employment so workers without college degrees must take advantage of the programs offered at the vocational and community college level to compete for middle-skilled work.

WorkingNation has profiled several innovative CTE and career training programs which are leading the way in aligning educational opportunities with industry needs.

CompTIA executive vice president for public advocacy Elizabeth Hyman said in a statement that the Perkins Act update is a win for the tech sector to increase the number of skilled IT workers.

“Only about half of all tech jobs require a four-year degree, and today’s update to the Perkins Act provides the necessary flexibility to make investments in a wide range of education options that will prepare the nation’s workforce for the jobs of tomorrow,” Hyman said.

For another glimpse into how much technology has changed CTE and vocational training, watch WorkingNation’s video on WSU Tech’s advanced manufacturing program. Recent advances in 3-D printing are making this technology more affordable for schools to implement. WSU Tech’s partnership with Dremel has allowed the school to train students on state-of-the-art 3-D printers and ensure they have the skills and certifications employers want

Join the Conversation: What do you think about the federal government’s push for more Career and Technical training? Share your thoughts on our Facebook page.