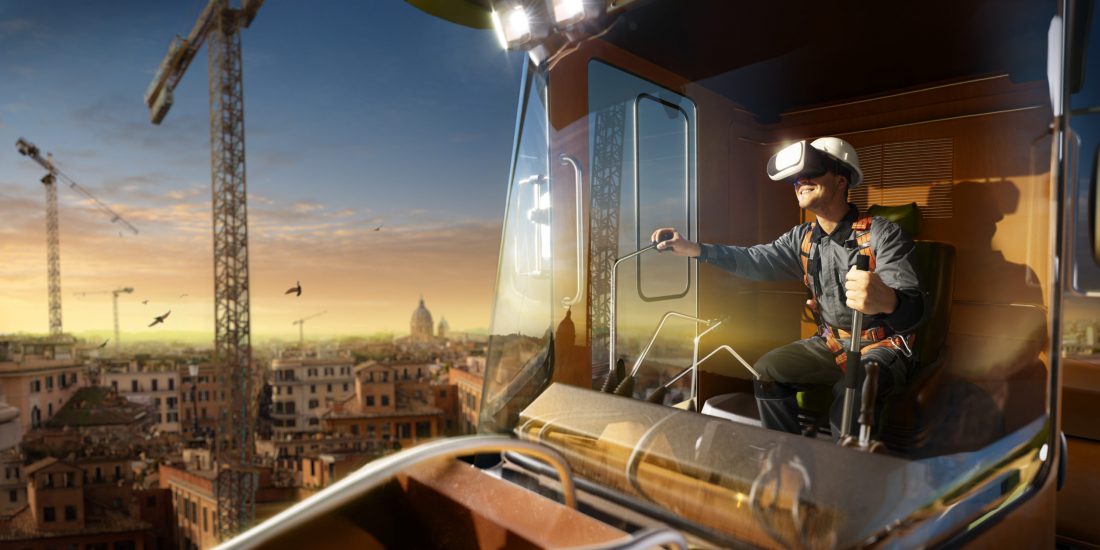 The construction industry, like all other sectors of the economy, is taking a beating during the COVID-19 pandemic.

The number of construction workers losing their jobs in March topped 29,000, according to the Bureau of Labor Statistic’s report earlier this month.

Construction jobs are considered essential in some parts of the country, but not all, with the types of construction allowed to continue varying state to state. 22 percent of small contracting companies say they were forced to lay off workers, and more than half of the companies are canceling current projects or ones scheduled to start between now and the second week of May, a survey by the Associated General Contractors of America (AGC) shows.

That could turn around later in the month and early June, according to economists, as some states say they will begin to graduallyreopen non-essential businesses, including construction.

An Opportunity to Retool Training

The temporary pause in the economy is creating two opportunities for the construction industry, according to Brian Turmail, AGC’s vice president of public affairs and strategic initiatives.

The first is the innovation and rapid delivery of training and education programs for workers. That means incorporating what has become traditional distance learning using tools like Zoom, Microsoft Teams, asynchronous learning, as well as augmented and virtual reality tools. Adhering to social distancing requirements means performance verifications can still be done in person, but with precautions.

“We can’t equip every trainee with a high-end headset, but technology that has some simulation you can do even with an iPhone,” Turmail says. “The amount of innovation forced on training providers, for all the wrong reasons, is ultimately going to be positive in the long run for people to come into the industry.”

Different than learning on-the-job, and perhaps not nearly as effective as the real-life work environment, these types of training and education options can also be used for internal development and upskilling, he says.

“A robust online training program that supports a lot of people is better than really good in-person training that no one shows up to,” Turmail says. “Can you get them to a spot where they’re not a hazard for themselves or coworkers when they’re on the job is a minimum bar to meet. Any skills layered on top of that is a plus for construction firms.”

Many community colleges around the country have online programs that are construction-related. The ABC and its 69 chapters also have virtual education for member employees. Even apprentices in a program who are able to work or may be working reduced hours can take classes online. The ABC is also creating three-to-four webinars a week to keep teams and members engaged.

Pressing Resume on the Industry

The second opportunity a turnaround for the industry, as just recently as a couple months ago, the Bureau of Labor Statistics reported 704,000 jobs would be open by 2028. Qualified workers were in desperate need.

“For the first time, for all the wrong reasons, this is the most robust labor pool that anyone’s seen since the depression. It’s not a thing to celebrate, necessarily, but if the timing works out and recovery time is right, firms can begin to hire while the labor pool exists,” Turmail says.

Based on the recession of the mid-2000s, industry leaders anticipate the recovery and hope workers who may have been furloughed or laid off will take the opportunity to upskill. But they do realize the financial needs may force them into different jobs or careers, as it did before. The outbreak has increased the need for logistics professionals for companies such as UPS and Amazon, which are hiring rapidly.

“We all need to work on the assumption the industry will recover and jobs will be there again,” Turmail says. “This is why you’ve seen the construction industry is the largest recipient of the paycheck protection loans in the country.”

For those still working, and for the restart of the industry, the number one concern will be the health and safety of employees. The critical question is how companies are dealing with COVID-19 on their projects and sites. This means more than just having hand-washing stations. It’s having hand-washing stations, supplies and time to accommodate frequent handwashing lasting 20 seconds each time, additional face masks and personal protective equipment (PPE).

Companies need to consider social distancing on construction projects, and how to re-engineer the work to honor that requirement. Portable toilets need to be changed out to portable trailers with frequent sanitizing of high-touch areas. Adherence to Centers for Disease Control guidelines, as they evolve, are a responsibility for both the employee and employers, says Sizemore.

“We have to have a much more intentional touchpoint with employees, encouraging them to monitor themselves. We’ll do the obvious things like taking temperatures coming through the gate, and if they’re feeling bad, we’ll isolate you. But the reality is the employee and the employer have a mutual responsibility now to make sure that it’s a safe and healthy environment more than ever before,” he says.

Physical health isn’t the only heightened concern. Whether employees are still working, furloughed or laid off, their mental health and wellbeing has become an increased concern throughout the industry. Staying connected through social media and other digital platforms, and checking on one another can prevent isolation from leading to devastating consequences says Sizemore, who also serves as a board member for the Construction Industry Alliance for Suicide Prevention.

“The construction industry is a significant driver to the economy of the country. Whether essential or not, all construction projects must be safe and healthy workplaces. That’s it at the end of the day. We cannot compromise it,” he adds.

ABC’s Basu says contractors can expect “far more difficult circumstances” next year, as non-residential construction typically lags behind the overall economy by 12 to 18 months. But Sizemore says the construction comeback will make the industry stronger.

“We make great leaps in the way we do things in a market sector based upon a disruption or a disturbance when something happens there and we have to react to it,” he says. “A new normal will make us better. A better industry, better society, we’ll look at things differently than we ever have before.”