Eastern Kentucky may be 2,500 miles from Silicon Valley, but this region of Appalachia is working hard to transform its workforce for today’s digital economy. Dubbed “Silicon Holler,” the area is serving as a model for other economically depressed communities to support training for next generation jobs. And a couple of congressmen are reaching across the aisle and the country to help the transformation.

Back in September, Big Sandy Community and Technical College in Paintsville, KY, partnered up with Interapt, one of Kentucky’s hottest new tech companies, to provide a paid training program to 50 people from various backgrounds. At the end of the intensive 32-week program—16 weeks of paid classroom work, followed by a 16-week paid apprenticeship—students are groomed for a career building software and are eligible for a full-time job at Interapt. The key: training with guaranteed jobs.

On Monday, Kentucky politicians, tech leaders, and students gathered at the college to celebrate the success of the program—and Interapt’s announcement of its renewal for a second year.

The event, “Transforming IT Workforce Training in Eastern Kentucky,”—hosted by Congressman Hal Rogers (R-KY), Congressman Ro Khanna (D-CA) and Governor Matt Bevin—included a roundtable, led by SOAR (Shaping Our Appalachian Region), that included political leaders, the federal co-chair of the Appalachian Regional Commission, representatives from Apple and Amazon, and leaders in education, business, and economic development.

Tuesday morning, Congressman Khanna appeared on MSNBC’s Morning Joe to talk about the program, how it could implemented on a larger scale, and what Washington and Silicon Valley need to do in order to transition people from an industrial to a digital economy.

Congressman Khanna appeared on MSNBC’s ‘Morning Joe’ March 14 to talk about the TechHire Eastern Kentucky (TEKY) program, how it could implemented on a larger scale, and what Washington and Silicon Valley need to do in order to transition people from an industrial to a digital economy.

Another initiative in Eastern Kentucky aimed at helping those out-of-work is AmeriCorps VISTA. Members have been teaching coal miners the workplace skills needed for the jobs of the future, changing lives in the process. 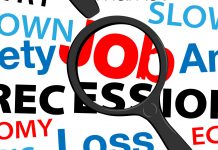