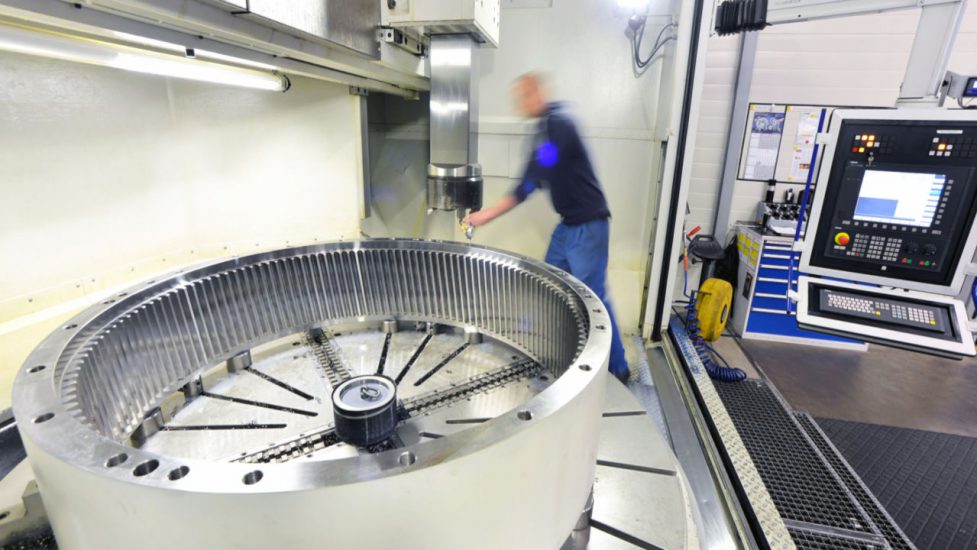 The multibillion-dollar bill known as the Inflation Reduction Act – if passed by Congress – would be the nation’s largest-ever climate legislation.

The climate, energy, and health care bill – which includes tax and budget deficit reduction provisions, as well as a pathway to lower Medicare drug costs – centers around measures encouraging the transition to lower-emission sources of energy.

“Its number one purpose is to put the country on a decarbonization course that helps the country contribute to its international obligations under the Paris Agreement and under all the treaties that came before that,” explains Paula DiPerna, a special consultant to the nonprofit CDP and an environmental consultant to WorkingNation on the green economy.

“It’s a goal post. It enables the country to set a goal of a certain number of emissions and know where it’s supposed to go by when.”

The legislation offers incentives for private industry to produce more renewable energy and for people to change their own energy consumption, including:

“The bill recognizes and acknowledges the need for resilience and preparation,” according to DiPerna.

Energy efficient retrofits of homes and of community infrastructure could mean new jobs – and new kinds of jobs – to meet the additional demand.

“It means preparing for these incredible heat waves – so jobs connected to more efficient air conditioning, building shelters, and cooling rooms. It also means changing household design, changing house materials, changing where you build, and how you build,” she suggests.

“Construction workers may be able to learn entirely new skills about insulating where it is expected to have extremely high temperatures where they never were before.”

Jobs could also be created around flood control to prevent everything “going on in eastern Kentucky from happening all over the country. Science tells us we can expect these very, very intense bursts of rain – eight inches at a time, 11 inches at a time – and there isn’t any place on Earth that is ready for that,” argues DiPerna.

“The bill enables communities to plan for flooding, fire displacement, and, all kinds of things that are going to happen because the climate is changing and that cycle’s underway,” she tells WorkingNation.

The legislation also encourages car owners to switch from gasoline or diesel-powered vehicles to electric vehicles, providing a $7,500 tax credit for new EVs and $4,000 for a used EV. The auto industry already sees the future in electric vehicles, investing more than $100 billion since 2020.

“All of the U.S. and foreign auto manufacturers are segueing very, very rapidly into production of electric vehicles (EVs), alternative fuel vehicles, and to a lesser extent, hydrogen vehicles. Those jobs pay very well,” according to Roger Bezdek, president of MISI, a Washington, D.C.-based economic, energy, and environmental research firm conducting research for WorkingNation.

Bezdek says, “There are many new and emerging jobs in the green economy that pay as well or better than many other jobs. One of the reasons jobs like those in the auto industry pay so well is that they are relatively heavily unionized.

The Green Economy is Growing Rapidly

A shift to renewable energy has already added to job creation in some areas, significantly in the state of Colorado. But it is not the only driver of job creation. The green economy is bigger than most people realize.

Last spring, as WorkingNation was embarking on its research on the jobs being created by the greening of the economy, we asked Bezdek and MISI to take a closer look at potential job creation in two states – Colorado and Pennsylvania.

“The overall number of jobs is growing in Colorado very, very rapidly, along with population growth. And more importantly, the green sectors are growing even more rapidly,” says Bezdek. He says that green jobs are also growing more rapidly in Pennsylvania, but overall job growth is not.

“Jobs simply aren’t growing that rapidly. They’re increasing hardly at all. So, whereas green jobs will continue to increase and become a larger percentage of the total number of jobs in Pennsylvania. They’ll simply not be that significant in relation to green jobs in Colorado,” he says.

“Colorado is a very environmentally-ambitious state,” Bezdek tells WorkingNation. The state has a decades-long committment to shifting to alternative energy sources and, because of it, MISI forecasts the green jobs will make up 14.3% of all jobs in the state by the year 2030. By comparison, the MISI forecast is that by 2028 Pennsylvania green jobs will total 8.8% of all jobs in the state.

The Indirect Jobs Created by the Green Economy

The reports breaks it down for us. “Green investments will provide a greater than proportionate assist to Colorado’s high-tech and manufacturing sectors, and green investments generate, proportionately, more jobs in professional, scientific, and technical services than the state average and more than twice as many jobs in manufacturing as the state average.”

Similar findings were derived for Pennsylvania. “The classic green job constitutes only a small portion of the jobs created by the green economy. Rather, the vast majority of the jobs created are standard jobs for accountants, engineers, computer analysts, clerks, factory workers, truck drivers, mechanics, etc.,” observes that report.

Bezdek concludes, “As we show in the studies, jobs created by the green economy are much larger than just about anybody realizes, both the direct and indirect. And this has to be recognized by policymakers, legislators, researchers, and everyone else, if they’re going to appreciate the real significance and potential of the green economy.”

In Case You Missed It

Protecting and repairing the climate and green job creation were on the agenda in New Orleans at the JFF Horizons conference in June.

WorkingNation president Jane Oates and New York Times climate reporter David Gelles sat down for a one-on-one chat examining the economic possibility emphasis on the environment can mean for workers and job seekers. They started out looking at it with diversity and equity in mind.

You can find out where that conversation went by watching the video below.

If you haven’t seen our ongoing Green Jobs Now coverage – more state-by-state research conducted for WorkingNation by labor market analysts Lightcast – you can can catch up here. Bookmark the page and check back in the coming month as we add to our coverage.