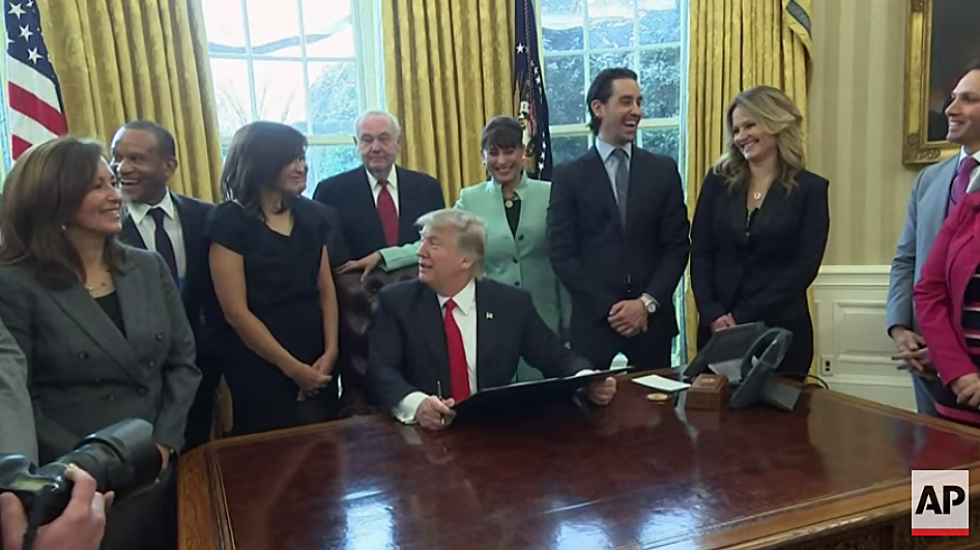 Last week, President Donald Trump met with big business owners to reassure them that he would have their back if they had America’s. On Monday, Trump turned his focus to small business owners.

In order to do that, Trump said his administration is going to simplify, reduce, and eliminate regulations.

“They [will] have more money and more opportunities to hire more employees,” he added.

Trump promised to massively get rid of regulations by as much as 75%, maybe more, while offering great protections for consumers.

In an act of faith to his word, Trump signed an executive order later in the morning requiring agencies cut two existing regulations for every new rule introduced. The move requires the federal government set an annual cap of $0 on the cost of new regulations. The cap will require that the cost of any additional regulations be completely offset by undoing existing rules, an official told Reuters.

While the process to get rid of regulations could take months, the executive order shows Trump isn’t slowing down on his campaign promises to reduce the federal regulations on American businesses.

“The American Dream is back,” Trump concluded. “We’re going to create an environment for small business like we haven’t had in many, many decades.”