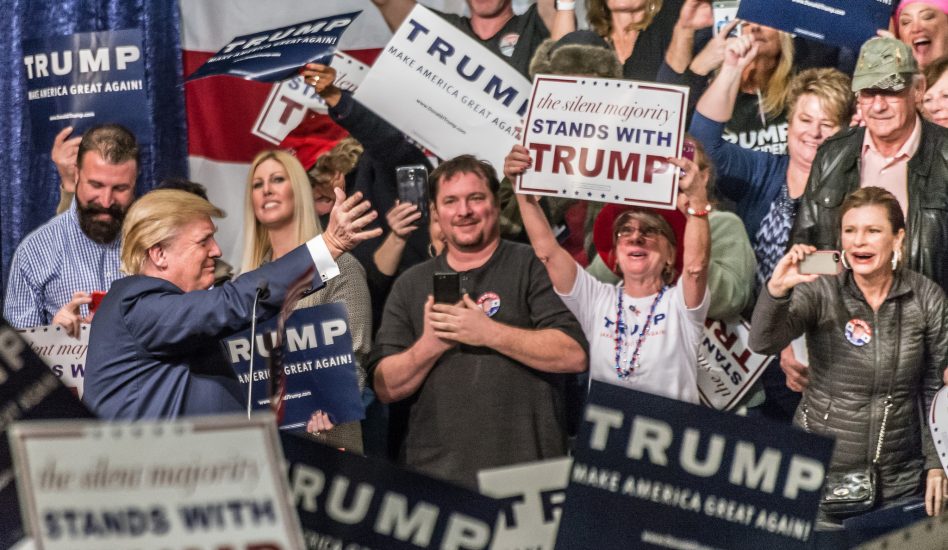 How the Election Jump-Started the Jobs Conversation

When it comes right down to it, the election was about messaging and one of Donald Trump’s strongest messages was about jobs. While it’s unclear exactly what the president-elect has planned, Richard Haass, president of the Council on Foreign Relations, told the gang at MSNBC’s Morning Joe exactly how to start the conversation.

Haass reiterated the issue that is the heart of WorkingNation’s mission: we need to identify solutions for the dwindling workforce in America. It’s inevitable that advancements in technology will replace the human workforce with cheaper labor. Automated cars, for example, pose a threat to the 2.9 million truckers and delivery drivers, 674,000 bus drivers, 181,000 cab drivers and chauffeurs who drive for a living. While drivers may have a few more years before their jobs are taken away by driverless vehicles, factory workers are already feeling the effects that new technology has had on their jobs.

America has lost more than 7 million factory jobs since manufacturing employment peaked in 1979, and as reiterated by the results of the latest election, the mainstream idea is that the culprit of those losses has been due to globalization. Donald Trump used the story of Indianapolis’ Carrier plant deciding to move its operations to Monterrey, Mexico again and again on the campaign trail to reach out to voters who have been left behind as companies find ways to cut costs. It’s a story that WorkingNation featured in an episode of The Table back in September and The New York Times profiled in an article over the weekend.

And while globalization is a very important reason why jobs are disappearing in the U.S., it is not the one we should be most worried about. According to a 2015 study at Ball State University’s Center for Business and Economic Research, foreign trade accounted for just 13 percent of America’s lost factory jobs, 88 percent were taken by robots and other homegrown factors that reduce factories’ need for human labor. It’s an issue Trevor Noah discussed on The Daily Show two days after the election, even referencing the Kodak factory which WorkingNation also profiled in a mini-documentary in October.

The promise to bring back these jobs to working class Americans was a cornerstone of Donald Trump’s campaign, and was ultimately what won him the presidency as middle class white men turned out in unprecedented numbers with the expectation that he will save their jobs. But can he?

So far, other than promising to re-negotiate trade deals and come up with a way to keep companies from outsourcing their workers to foreign countries, Trump has neglected to address the most pressing problem of working class jobs—technology. Once those jobs are lost to robots and artificial intelligence, they won’t be coming back and that leaves millions of people with skills that are no longer useful. Now, they must figure out not only what they are going to do next, but learn either a whole new set of skills or re-skill those they do have to meet the new job demand.

MORE: Five Things About Jobs President Trump Will Have to Fix

While millions of people are now looking to the president-elect to solve the problem of jobs and make America’s workforce great again, federal policies will only go so far. It’s going to be the companies and educational institutions themselves that are going to be the backbone of the change. Companies will need to take the initiative to identify their what they need out of their employees and step up their relationships with educational institutions so they can prepare future generations for the changing landscape.

The voter turnout at this election has given a voice to those who have been left behind economically and brought the problem to the forefront of the media’s attention which is finally starting to pay attention. By talking more and more about the issues and the solutions, such as those found at Missouri’s Fort Zumwalt South High School and Carolinas Healthcare System, we can help the swing the momentum from disillusionment to hope.