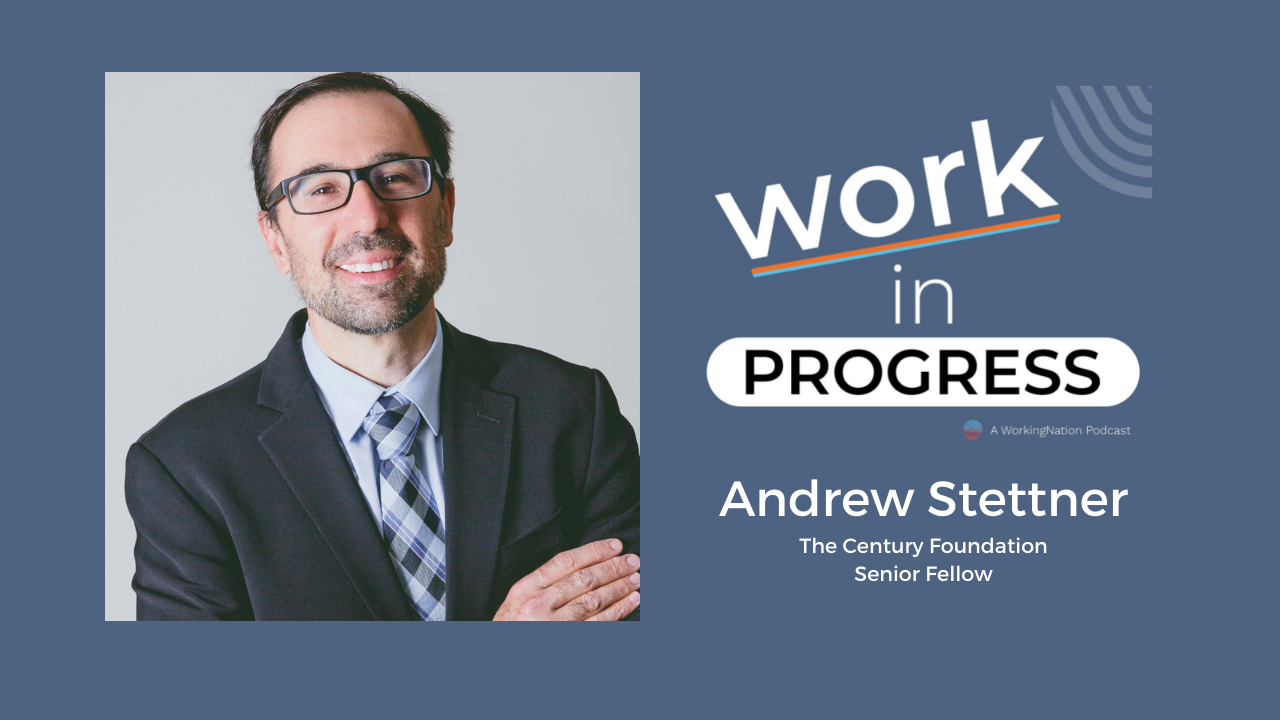 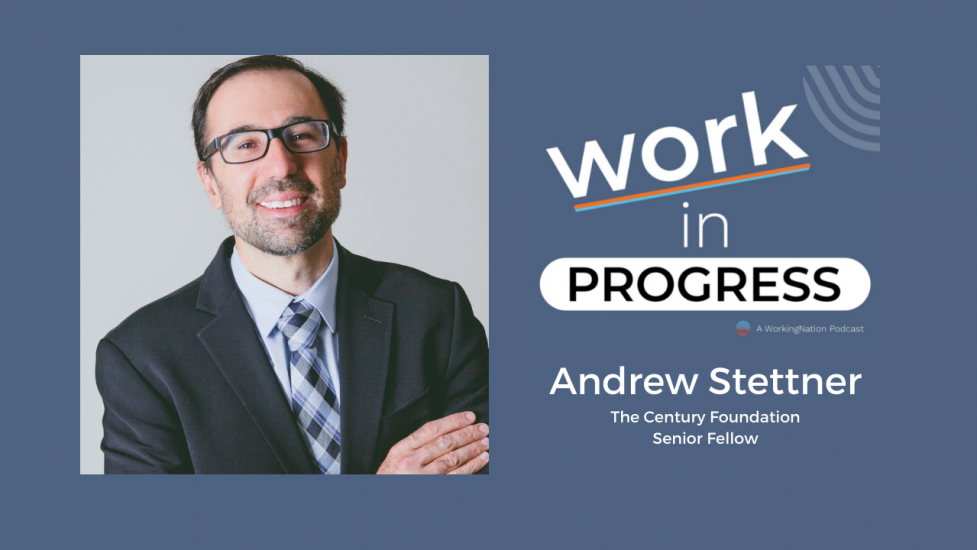 Manufacturing continues to be one of the top five employers in the country, according to the U.S. Census Bureau. But, like all industries, the skills that employers want are changing. In this episode of the Work in Progress podcast, I’m joined by Andrew Stettner, a senior fellow at The Century Foundation, for a look at the unmet demand for skilled workers in the industry and his thoughts on what can be done to fill open jobs.

One solution, he says, is taking a closer look at the current workforce and help them gain the new skills they need.

“Many of the types of work we’re talking about here—varying types of deeply skilled work that was being done by hand in the past—may be now automated in the future. Some of those underlying skills are very valuable, but people are going to have to have a new set of skills. Digital literacy is going to be important in nearly all jobs in our economy. And it’s not ubiquitous among the current U.S population. Understanding the problem is the first step, and knowing that we have to get that training out in a much broader basis.”

“We’ve seen that major shifts in technology over the last several decades, under the broader rubric of automation, is not the thing that we have generally responded to as a society,” Stettner says as he explains that businesses need to be more involved in meeting their own hiring needs.

“We’re moving in that direction, and you certainly have seen in more cases large employers also being engaged in this, engaging in training their incumbent workforce. We think a lot more needs to be done there. We really need companies to look at their own talent and say, ‘Okay, this person knows the company. They know how to work here. They know us. Let’s go ahead and give them those additional digital skills,’ for example.”

Stettner points out that an increasing share of jobs in manufacturing require workers to use a touch screen and using computers to insure quality control of the parts moving through the line. And while you don’t need a college degree, he adds that more and more of the jobs are requiring training beyond high school.

“In terms of the breakdown, it used to be that 80% of people working in manufacturing, their greatest education was a high school degree. That is down to 40% of people in manufacturing. The others at least have some post-secondary credential. There are entry pathways for those workers that have a high school degree and then some short-term training or a post-secondary credential, so it still is that on-ramp type of sector that you can get at and there is some areas for mobility.”

Stettner says U.S. manufacturers are going to need an estimated two million workers over the next decade and an aging workforce is part of the problem, especially as Baby Boomers reach retirement age. “(Businesses) have to recruit a new generation of workers. If these talent issues aren’t resolved, U.S. manufacturing is not going to be able to be competitive on a global basis, and it will shrink over time. America will always be the one (country) that’s advanced technologies, whether it be at MIT or in private industry. The question is, will we have the people plus technology to actually produce the things?”

Another solution to the staffing issue, says Stettner, is to intentionally recruit from historically underrepresented communities.

In a report for The Century Foundation, he looks at the makeup of the manufacturing industry, writing that “manufacturing—which is currently 67% White non-Hispanic and 70% male—must recruit the next generation of workers from a rapidly diversifying workforce and bring these new workers into the sector at a time of rapid technological change.”

“There seems to be on its face, this huge win-win. You have communities of color in particular, in urban areas and also rural areas, looking for good jobs. Can we translate that win-win into employment for individuals that need it in a sector that needs new workers? We examined what’s required for them. And one piece that we talked about is that it’s our training system and our employment approaches that need to change alongside our educational and training needs of the workers. It’s not as if there’s something wrong with the people that they can’t be trained and placed in these jobs. what’s wrong is the way we’ve been approaching this.”

The Century Foundation and the Urban Manufacturing Alliance have worked together to create a call to action for manufacturers, looking at how community-driven workforce models and education strategies can connect diverse communities to opportunities in manufacturing. The report highlights eight programs that are proving successful. Stettner and I discuss what these programs are doing right and much more in the podcast.

Take a listen here, or find it wherever you get your podcasts.