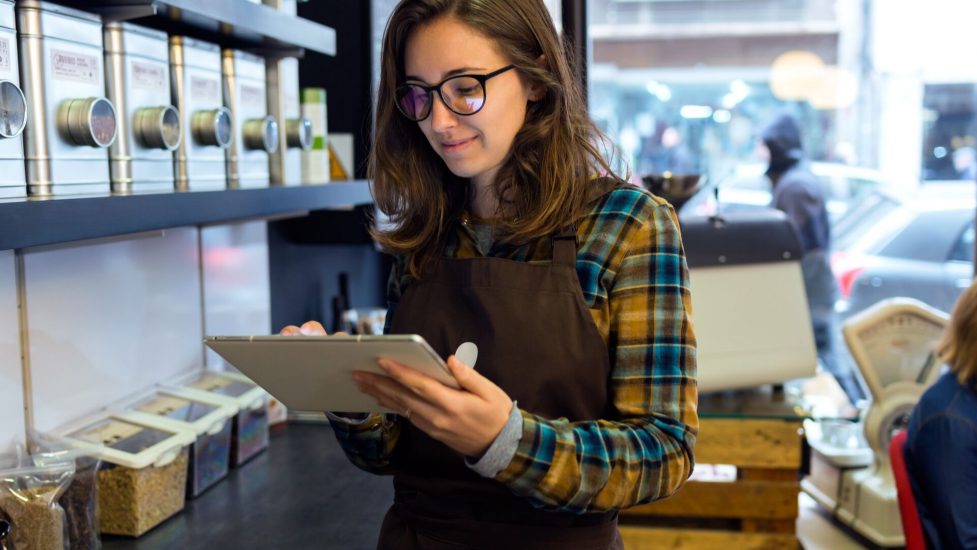 Some of the biggest brands — iconic stores where you and your parents, perhaps even your grandparents, once shopped — have shuttered thousands of brick-and-mortar locations. Chains including Sears, JCPenney, Walgreens, Dressbarn, Pier 1, and Gap have already announced 7,500 store closings this year, a number that could climb to 12,000 by the end of 2019, according to Coresight Research. And by 2026, another 75,000 stores may also be gone, investment firm UBS predicts.

Nearly 600,000 retail workers have lost their jobs over the past decade, even while the industry as a whole has added a million jobs. Of course, it’s also true that 15.8 million employees continue to work in retail. And it’s not hard to find people who see plenty of opportunities amid the challenges.

One such person, not surprisingly, is Ellen Davis, senior vice president of the National Retail Federation (NRF). “The retail industry is undergoing an incredibly exciting transformation, with people shopping differently than they ever have before,” says Davis, who is also president of the National Retail Federation Foundation, the philanthropic arm of the NRF.

“We see retail jobs changing dramatically as a result. Some of those changes revolve around where jobs are located. Distribution centers, for example, are growing quickly as a result of e-commerce. And more traditional jobs in stores are also changing as employees need to have a modified skill set to adapt to this new consumer.”

Meanwhile, retail jobs continue to grow, Davis notes. “Retail is the largest private-sector employer in the U.S., responsible for one in four American jobs,” she says. “And at last count, there were over 500,000 vacancies nationwide.”

In an effort to prepare people to work and advance in the retail industry, the NRF Foundation launched RISE Up (Retail Industry Skills and Education) in 2017. It’s a training and credentialing initiative supported by almost two dozen companies, including BJ’s Wholesale Club, Brooks Brothers, Disney Store, Target, and Tractor Supply Company. Once associates complete the 15-module training program and pass an exam, they earn a credential they can use toward their careers.

“That’s everything from more traditional skills, like customer service, to digital fluency and upselling in an environment where a customer, through online research, may know more about a specific product than a salesperson in the store,” Davis says. “Over 50,000 people per year go through our RISE Up program to learn these skills and apply them to their jobs.”

Greg Foran, president and CEO of Walmart U.S., is a RISE Up supporter. “Walmart is proud to work with the NRF Foundation and other retailers to explore new ways to attract, train, and retain talent,” Foran said in a media statement. “This is a critical time for the industry, and it’s important we all focus on giving our people the tools to succeed and the ability to move up.”

Walmart also funds Reimagine Retail, an initiative of the Aspen Institute Economic Opportunities Program that explores ways to enhance job quality and advancement for retail workers. One partner, Goodwill Industries of San Diego, created career pathways, developed training to move entry-level workers to store managers, and launched a leadership development program that resulted in a 15 percent increase in revenue over two years and a 46 percent increase in internal promotions.

In Chicago, Pete’s Fresh Market, a family-owned grocer, joined with Instituto del Progreso Latino, a nonprofit organization that assists the Latino immigrant population and their families with education, training, and employment. Together, the two partners created a customer service and sales training curriculum. While the average tenure of a Pete’s employee is five years, 20 percent of workers have stayed with the company for more than 10 years. And 80 percent of Pete’s managers are promoted from within.

“I’ve never met a retailer, large or small, who isn’t interested in ensuring that employees are able to come, grow, and stay at their company,” Davis says. “Every retail CEO or business owner is interested in attracting and retaining great employees. Retention is a huge challenge for retail, especially with the current unemployment rate, and many companies have been focusing on upskilling in order to allow their incumbent workers to continue to develop professionally.”

Davis says it’s a misconception that online retailers like Amazon are a cause of retail job losses. Instead, the growth of this sector has led to new opportunities for workers. “E-commerce is an amazing channel for retailers of all formats to sell to customers in unique and different ways,” she continues. “The advent of the internet has surely changed jobs, but by no means replaced them. Most retailers engage in a true omnichannel experience, selling in stores, online, and in other ways.”

Perhaps by way of example, just last month Amazon announced a $700 million pledge to upskill one in three of its employees for more highly skilled positions by 2025. The company notes that over the past five years, its fastest growing jobs are data scientist, data mapper, solutions architect, security engineer, and business analyst. Even in the more traditional roles at the customer fulfillment level — logistics coordinator, process improvement manager, transportation specialist — Amazon has seen a 400 percent increase.

“Through our continued investment in local communities in more than 40 states across the country, we have created tens of thousands of jobs in the U.S. in the past year alone,” Beth Galetti, Amazon’s senior vice president of human resources, said in a media statement. “For us, creating these opportunities is just the beginning. While many of our employees want to build their careers here, for others it might be a stepping stone to different aspirations. We think it’s important to invest in our employees and to help them gain new skills and create more professional options for themselves. With this pledge, we’re committing to support 100,000 Amazonians in getting the skills to take the next step in their careers.”

As Davis points out, “Retail has more finance professionals than Wall Street and more engineers than Silicon Valley. Once people start thinking beyond the store into what makes a retail company successful, they can see limitless opportunity in technology, logistics and supply chain, data science, finance, and many other professions.”

Beyond the role technology plays in job creation, it also accounts for an ever-growing part of the customer experience — from self-checkout kiosks to mobile payment systems to artificial intelligence concierges. While some sectors of the retail industry have characterized these advancements as a negative disruptor, Davis sees automation, robots, and AI as complementary to the skills and experiences human workers provide.

“We hear a lot about retailers investing in technology to make the customer experience more efficient and also to leverage their human capital for positive business impact,” Davis says. “Many retailers would prefer to have an associate upselling a customer or restocking carts than engaging in transactions that can be replaced by or supplemented with technology. We have not seen technology investments have an impact on the number of employees a retailer hires per store; this has remained consistent over time.”