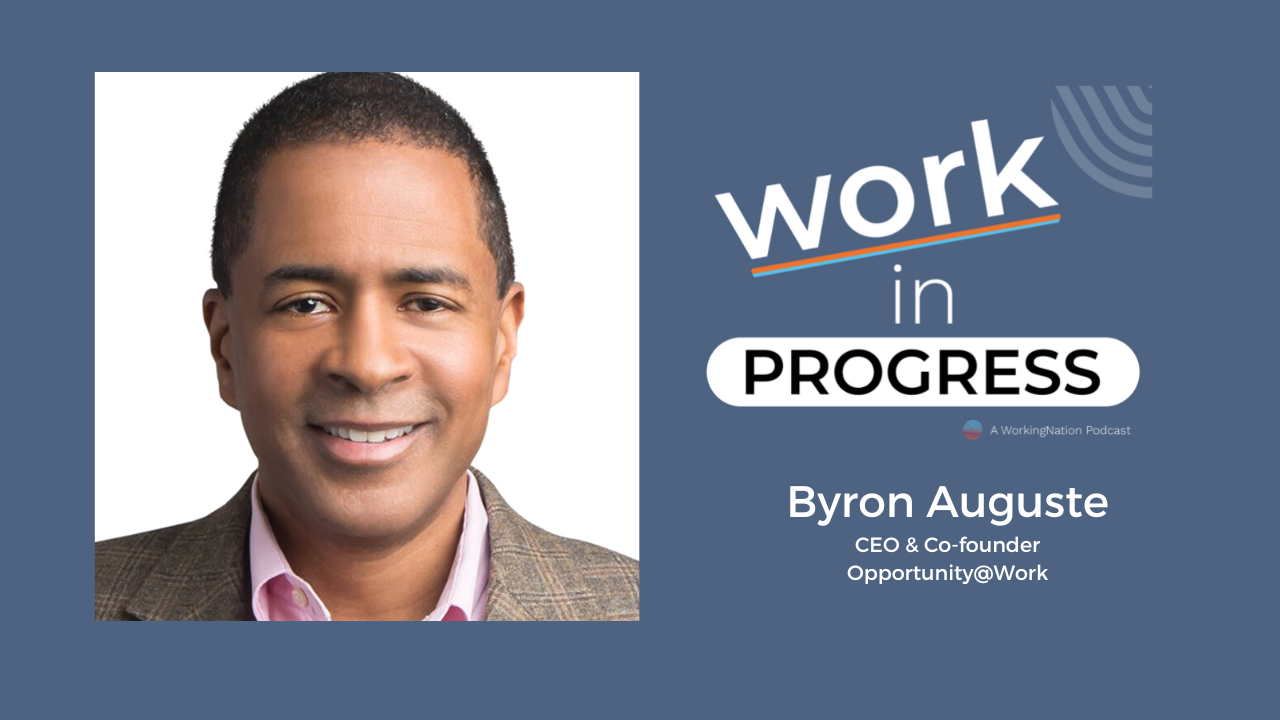 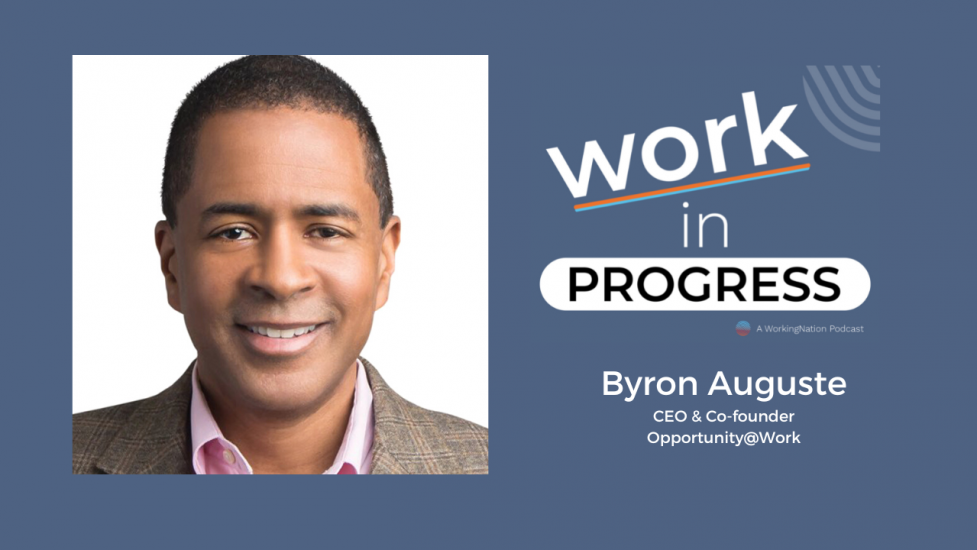 In this episode of Work in Progress, [email protected] CEO and co-founder Byron Auguste joins me to discuss the new Tear the Paper Ceiling ad campaign launched last week by [email protected], the Ad Council, and nearly 50 partner organizations, including WorkingNation.

Approximately 70 million U.S. workers have in-demand skills and experience, but they are being overlooked for higher-wage jobs because they don’t have a bachelor’s degree. Employers requiring job seekers and workers to have that four-year degree before being hired or promoted have created a “paper ceiling,” an invisible barrier to upward economic mobility.

The new campaign calls for employers to tear down that paper ceiling and let STARs – workers Skilled Through Alternative Routes – shine.

“STARs don’t have bachelor’s degrees. They typically have high school diplomas and they’re working,” says Auguste. As the name explains, they’ve gotten their skills and experience other ways, through some college credits, the military, or certificate programs. “Most of all, STARs have gained those skills by working. It’s intuitive. If you think about it, most of the skills we deploy in our own jobs – whether we are STARs or not – are skills that we have learned by working,” he adds.

Auguste tells me that while school is important, generally what you learn on the job is the most relevant and important. He says [email protected] data shows that of those 70 million STARs, 30 million have the skills needed for those higher-wage jobs, if only they were given the chance to use them.

A college degree can be a bridge to opportunity, he adds, but “it shouldn’t be a draw bridge that pulls up and if you can’t cross it there is no other path to opportunity. You don’t have to be against college to be for so many different routes for people to succeed.”

Auguste says he doesn’t like to say that a job “requires” a bachelor’s degree. “Take an executive assistant, for example. That is a job that requires a lot of organization. It is a very skilled job and an incredibly important gateway job. Admin assistants become project managers and more. To this day, two-thirds of these assistants do not have bachelor’s degrees.

“So, how can something be ‘required’ when two-thirds of the people doing that job don’t have one. It is more than of a ‘screen’ that is arbitrarily reducing the number of folks who can come into a field.” he argues.

[email protected] and Auguste have long championed the advancement of STARs in the workforce. That’s the mission behind the Tear the Paper Ceiling campaign – getting employers to remove the bachelor’s degree screen in jobs that don’t really need them.

“Companies should value skills, however someone got them. I think the smartest companies get this and more and more you’re seeing companies actually say ‘we want ways to find skills, whether you graduated from college or not.’

“We understand that a company can’t interview everyone who applies, so you need to have some way to create a short list. We are working to create ‘screen-in’ signals. What are all the ways – the diverse ways – you can tell that someone has a skill set that’s relevant for a job. That’s what we need to do both for companies for entire industries and for the economy of this country. Because if half your skilled workforce is shut out or – barriers are put in their way before they can even get started – that’s a pretty terrible way to run an economy. And we need to move past that.”

You can listen to the full podcast here, or wherever you get your podcasts.

Read more about the Tear the Paper Ceiling campaign. 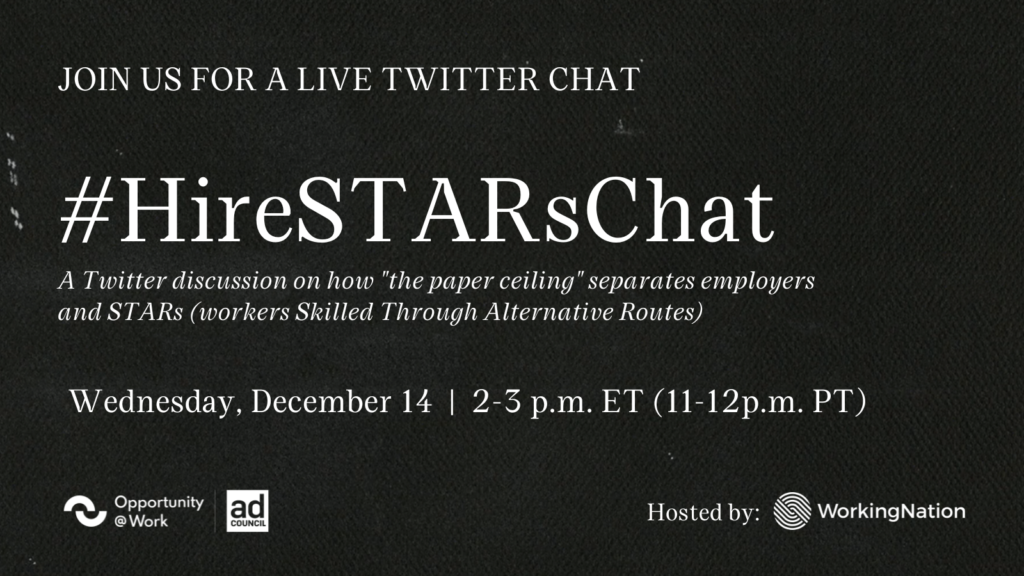 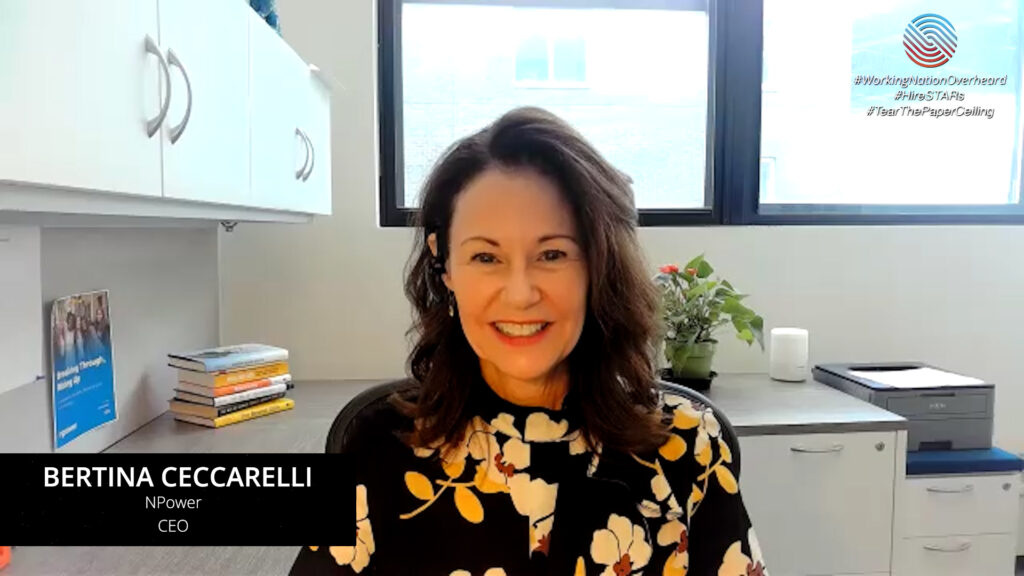 Bertina Ceccarelli on the perception gap 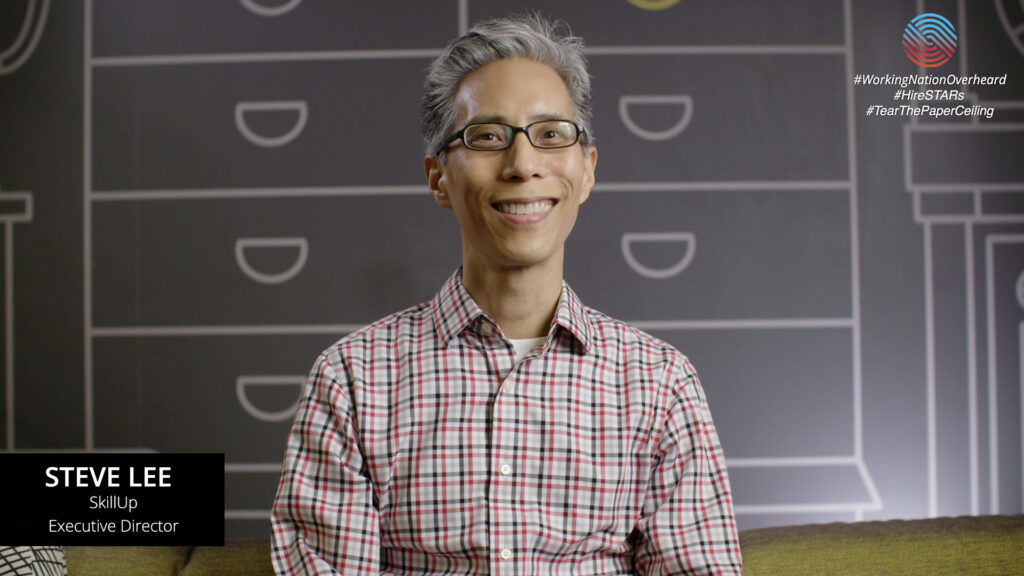 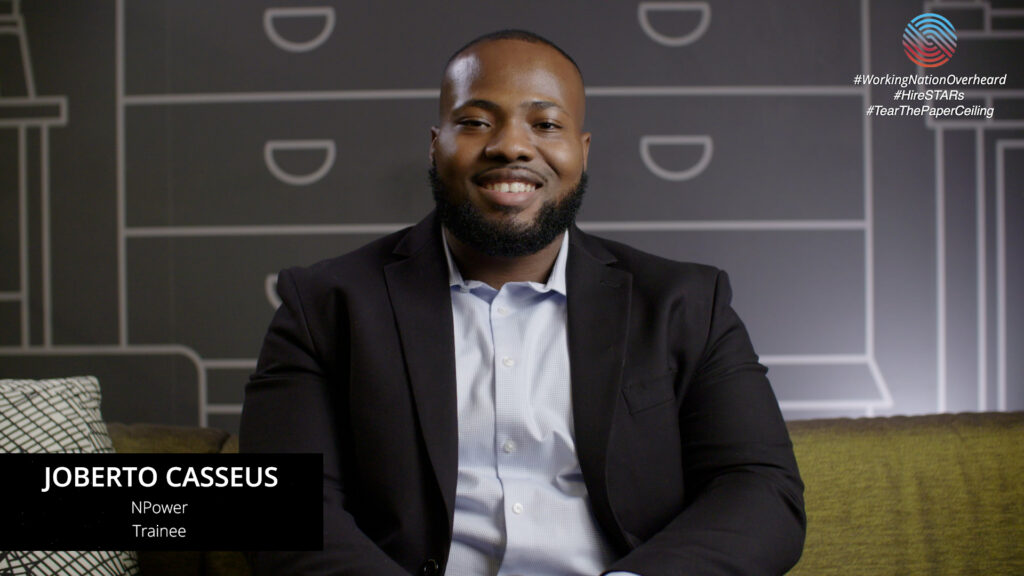