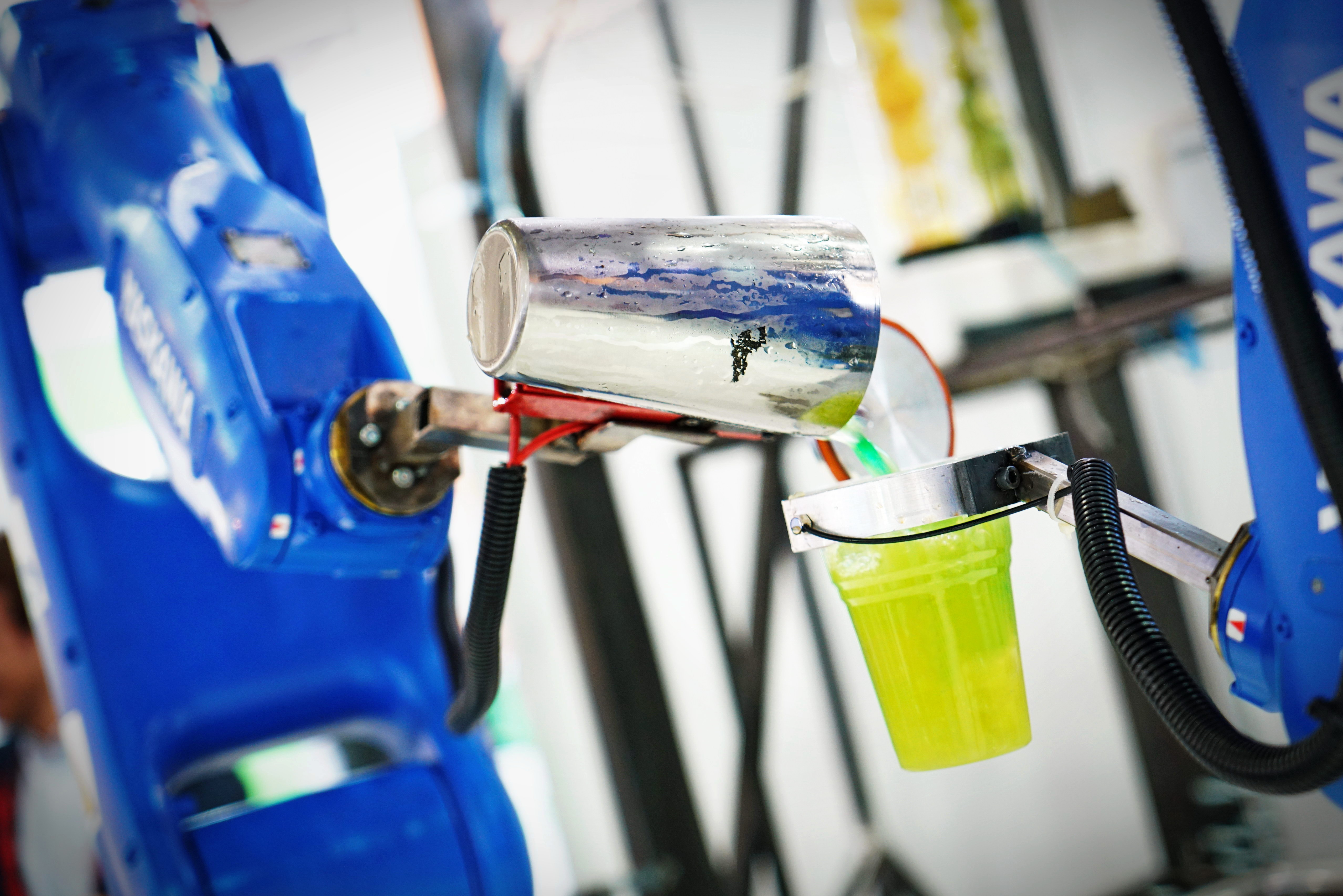 What does a future with robot hospitality look like in Las Vegas?

This week, USA Today is reporting that “MGM Resorts International this year plans to install at Las Vegas resorts an unknown number of automated beverage systems programmed to mix hundreds of different drinks – all at the touch of a button.”

This isn’t the first time we’ve heard of robots entering the worlds of hospitality and mixology — even the first in Vegas. Since 2017, The Tipsy Robot with Makr Shakr’s robot bartenders has been choice among four of the popular automated drinking and dining choices in Las Vegas. In Prague, you can get a solid recommendation on a pairing at a wine bar from a robot sommelier.

But wait, there’s more. There are robo-hotels and bionic bartenders. If you want to take technology home with you, back in June we learned you can easily build your own home robot bartender.

And there’s even a report available for download on the Global Robotic Bartender Market.

So, should workers be afraid?

Culinary Union spokeswoman Bethany Khan told USA Today union workers will always have jobs. “Jobs are never going to be eliminated,” Khan said. “There are endless opportunities for retraining. We see technology as assistive and supportive.”

Straight up, we’ll be keeping an eye on service industry robots to see if they leave human workers in the hospitality industry shaken, stirred or neat…

In the meantime, see for yourself. Here’s a 2017 video of robot bartenders at the Tipsy Robot.

Two robotic arms have replaced bartenders at a bar called Tipsy Robot at the Miracle Mile Shops in Planet Hollywood Resort, Las Vegas. It attracts hundreds of guests to try out the new gadget. Tipsy Robot, which opened Friday, claimed to be the world’s first land-based bar to deploy robotic bartenders.

Should you love your job?

Will the US run out of workers?

In the automation age, bring results – not excuses

Manufacturing town looks to the past to move forward

Could the presidents make it in today’s job market?