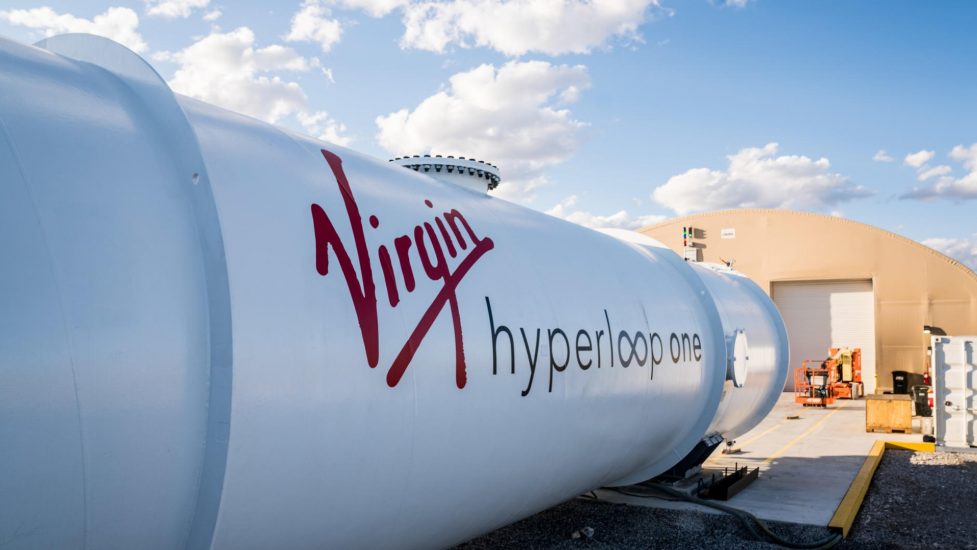 As we celebrate the 50th anniversary of NASA’s Apollo 11 mission this month, it’s fascinating to look at the job skills that exist today because of the technology created to successfully send a man to the surface of the moon. If you operate a medical CAT scanner, design and build computer microchips, or operate heavy equipment via a joystick, you owe your jobs to that historic mission.

What jobs will you hold in the future? Will it be something that sits squarely on your career path? Will it be a job out of the blue that changes where you thought you were going? Or maybe, just maybe, your future job doesn’t even exist yet. How about a commercial space pilot, an alternative energy consultant, or a body organ creator?

With technology moving forward at lightning speed, and so many existing jobs evolving because of the rise of artificial intelligence, the future of work is going to look quite a bit different than it does today. But where there is change there also is opportunity, as innovative thinking and advancing technologies — just like with the mission to the moon — open up a world of new employment possibilities.

Engineering is one of the areas expected to grow in need and demand as technology moves forward. According to the U.S. Department of Labor, the number of engineers will jump from 1.68 million in 2016 to 1.82 million in 2026. Mechanical and electrical engineers will be two of the disciplines seeing the largest growth.

For companies working on futuristic technologies, these skills are in high demand right now. One company seeking multiple engineers is Virgin Hyperloop One, an ambitious project that hopes to move people and cargo long distances at speeds that could surpass 600 miles per hour. It works by sending pods through a near-vacuum tube using magnetic levitation. Top speed in testing has been clocked at 240 miles per hour. Once implemented, passengers could travel from Los Angeles to Las Vegas in 30 minutes.

WorkingNation recently spoke with Virgin Hyperloop One Co-Founder and Chief Technology Officer Josh Giegel about the project during the Milken Global Conference. He describes a scenario in which it would be possible to live in Los Angeles but easily have dinner hundreds of miles away in San Francisco.

“An autonomous car will come to pick you up, or an Uber, or whatever it might be, and drops you off at the Hyperloop station. You walk into your pod with 25 of your other friends, or your 25 other people, and you take off. Basically, you feel like you’re on an aircraft on the runway, except you won’t have turbulence. I like to say it is grandma-friendly, kid-friendly, and vomit-free,” jokes Giegel.

“You come to the final destination. Your Uber or your vertical takeoff and landing plane will be there waiting for you. The moment you step off this, you can basically step right onto that next mode, final mode, last-mile transportation,” he explains. “If there’s anything that occurs along the way, the reservation is updated. And so that’s what we’re trying to ensure is transportation should be enabling the things you want to do. It shouldn’t be inhibiting the things you want to do.”

Giegel, an accomplished engineer himself, is leading the design and innovation of the thermodynamic elements of the transportation system. His company is looking for engineers in manufacturing, systems, pod development, software, and testing and development. But Giegel notes an entirely new workforce will be needed should the dream of Hyperloop transportation become a reality.

“There won’t be a conductor who sits on the train, but you’ll have people in the backside manipulating where the trains are, when the pods come. And that’ll be based on data scientists, optimization engineers,” according to Giegel. “You’ll have a different type of technician that works on a Hyperloop because the difference about our system is it has no moving parts, right?”

“There’s no steel wheels on steel rails. There’s no hot engines, like gas turbines on a plane. So, you have to deal with what’s basically electronics programming — how to get electrical current and voltage to whatever you need to,” he adds. “More importantly, I think you’re going to be looking at the user experience side of things. So, what about this makes people enjoy the experience as opposed to being an experience they hate?”

Giegel comes from an engineering family and says the best thing his parents taught him was that engineers may not have all the answers, but they are problem solvers at heart. Critical thinking and the ability to solve complex problems are skills that will be in high demand in the workplaces of the future. Creativity will be a key factor in both.

“The biggest thing outside of direct engineering experience that has made me successful in my career has been the fact that I love playing music. I’m a guitar player, a bass player. And the one thing about music that’s really different than, I’ll say, civil engineering work is the innate ability to have to be creative all the time,” Giegel says.

“So, my particular style is improvisation, right? And so, what’s improvisation? It’s really, you have a skill set, you know how scales work, you know keys work, but you also feel the music, right? And then what you take is this understanding, this knowledge of music theory and you apply it in the real world. And what is engineering? You have a skill set that you learn in college. You have real-world problems and you have to apply the same thing.”

Giegel doesn’t see the rise of artificial intelligence as being a burden in the future of work, but rather optimizing processes and providing a larger tool kit with which to do the job.

“But what I think people are doing is they’re utilizing software packages to do problem-solving in a much more creative way. So again, kind of like this idea of toolsets, right? If I’m a construction worker, I go into my toolset and there’s a jackhammer and there’s a paving machine. Right now, there are just more tools that allow me to do my job faster and faster and faster.”

One example Giegel cites is his time at SpaceX, where he was the lead analyst on six successfully tested rocket engines. “There were four of us in a group that during the ’60s, when NASA landed people on the moon, would have had 400 people. And so, you watch that evolution and now 10 years later, instead of four people, I have one just because the speed of the processing power, or the understanding of the tools that we can use, has just evolved that fast.”

While it’s clear that advances in technology will have a dramatic effect on the future of work, Giegel is not one of those who are fearful. Instead, he is embracing uncertainty and looking forward to the wide-open nature of lifelong learning and what is to come.

#WorkingNationOverheard on the future of work

Girls Who Code: Nurturing the Next Generation of Engineering Leaders